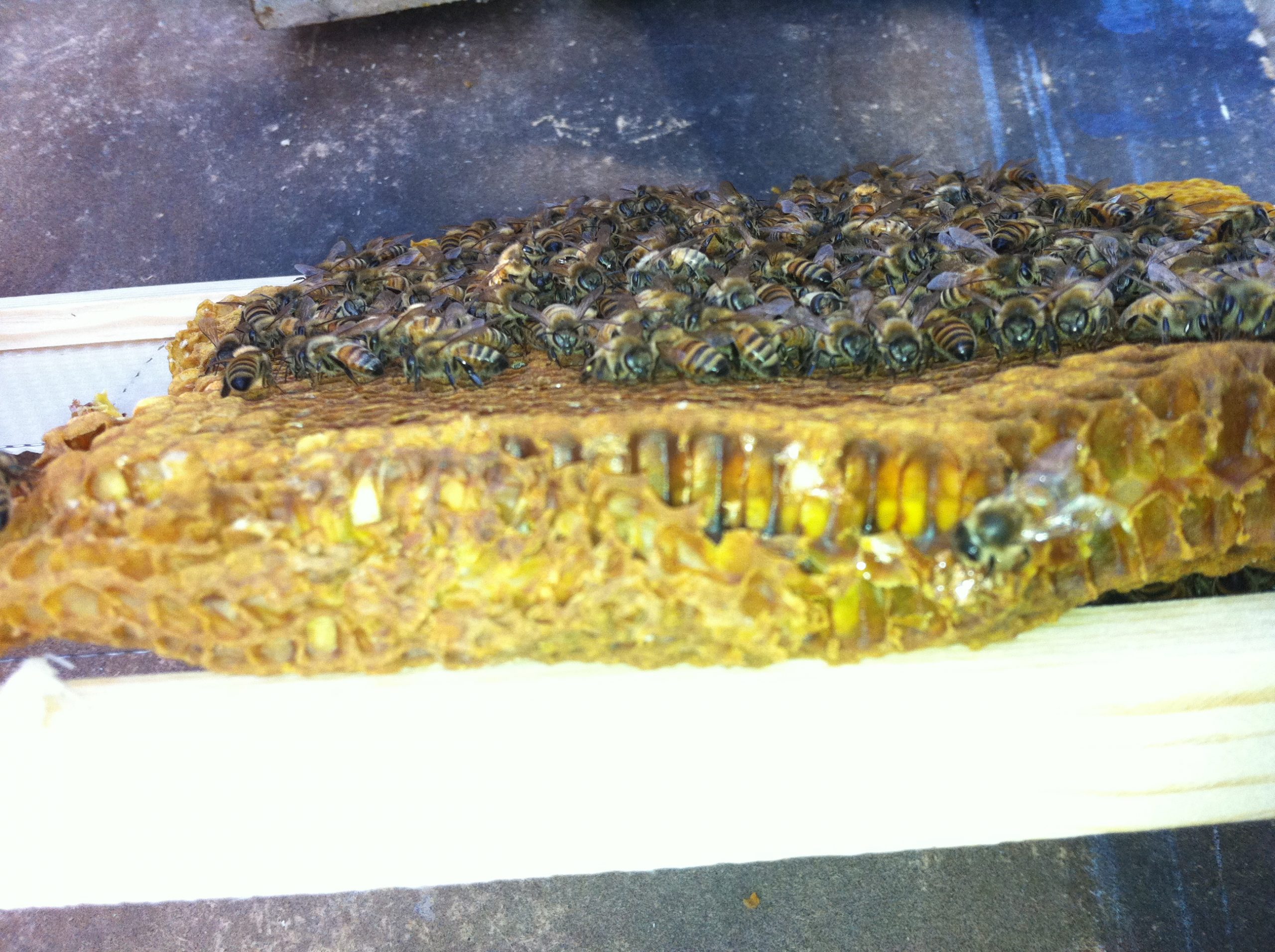 Last summer in late August I cut the floor bottom out of a childrens playground set where this crew decided to make a home. Since it was so late in the season, I decided to leave the crew on the cedar planks and cut there length to fit into a standard Langstroth hive body.

Last week Bruce and I decided it was time to transfer them into standard frames. He made two small wooden cross bars and screwed them onto the planks. Afterwards we lifted them out with these wooden pieces (handles) and set them upside down on the table. Then the real fun began! We individually cut each comb, and placed it into a standard deep frame, keeping an eye out for the queen to temporarily capture her with our queen catchers in pocket (which we never did spot).

In the first picture one can see eggs, larvae, and developing bees. Unfortunately, there was some carnage due to the nature of the task. However, I saw my first bee being born, attempted my first split, and remained stingless for the day. I would say that it was a great day! I will keep you posted on how the split progresses when I take a peek into it next week.

Second Swarm of the Season

These was the second swarm I captured this season. It was a pretty nice size, and no scouts out flying because it was a rainy day. I let the home owner borrow my gloves because she was interested in helping me (thanks Patsy) and took two nasty stings, one on the knuckle and one on the […]