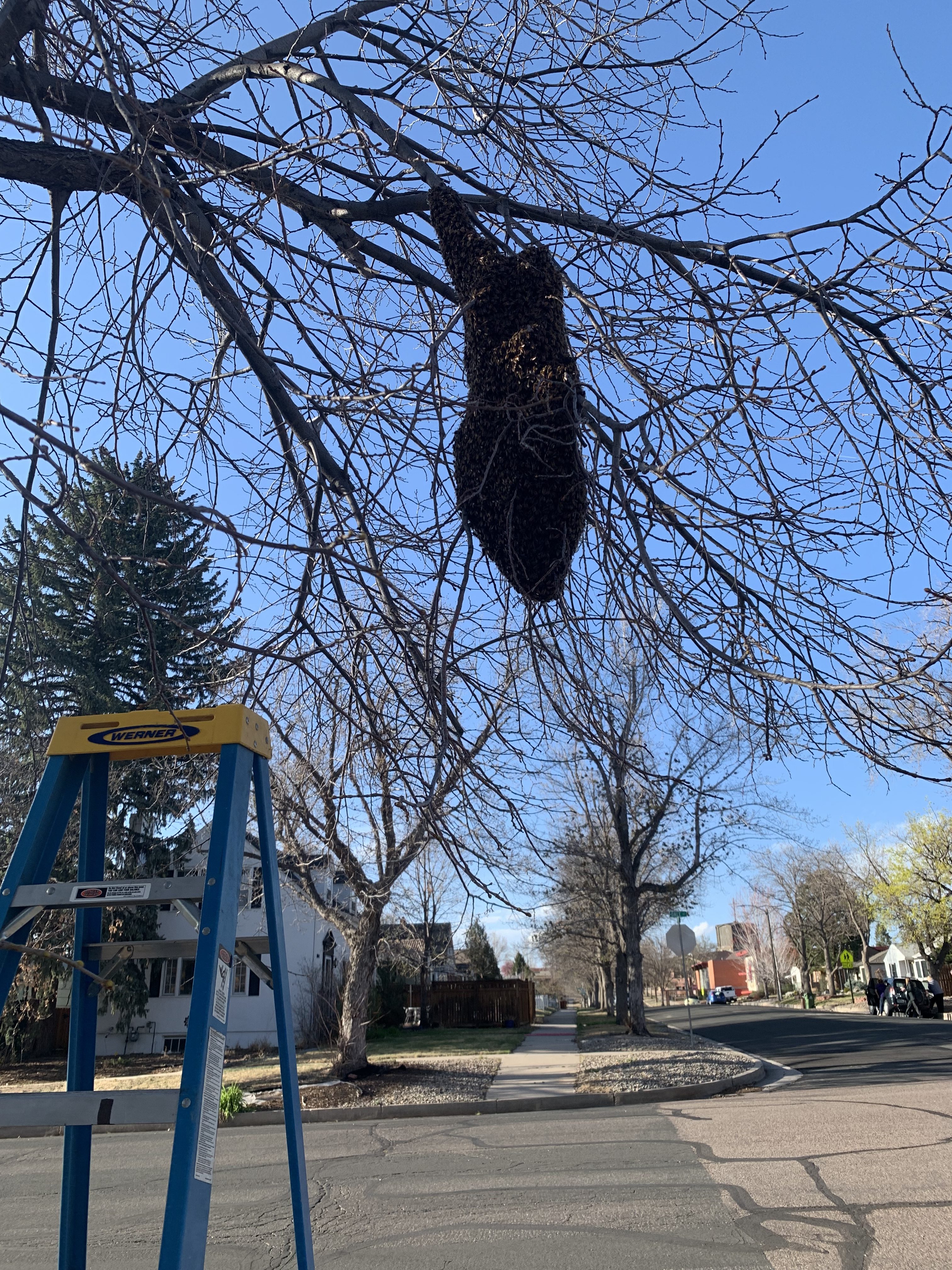 Right on que on the calendar from previous years, the Spring swarm season officially kicked off last week in my neck of the woods. The homeowner had the opportunity to see them flying in the air and land on this tree in his front yard. This is always an impressive sight. His son helped me wrangle them down into a ventilated cardboard box. Instead of shaking or brushing them in, we cut the whole branch and lowered it/them down into the box. I set them up later in two double deep boxes because I knew one box would be to small, and I didn’t want them to abscond because of this. Another swarm that will not be entering someone’s structure:)