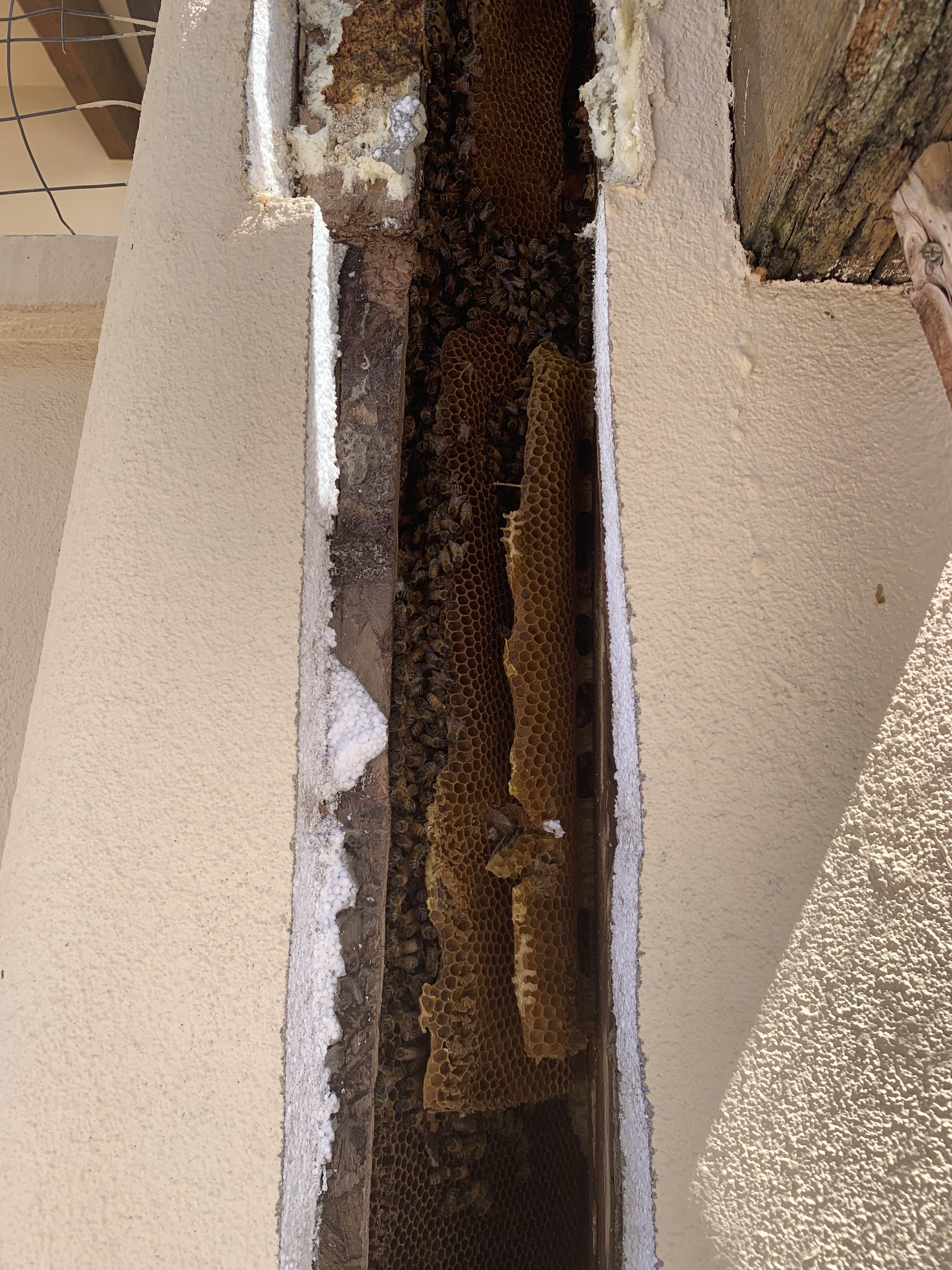 This was an interesting and somewhat challenging removal and relocation. Honey bee swarms are infamous for scouting out and building there homes in house and deck pillars, but this was the first time we have come across one made from Styrofoam. From the beginning the homeowner disclosed to me that they had honeybees previously in the pillar and had a beekeeper vacuum them out. I thought that was really weird, because once a honey bee colony moves into your structure, you can’t simply just vacuum them out. On the initial visit I missed seeing the patch in the pillar due to it being in a fenced in area from where I assumed the previous beekeeper vacuumed some bees out. After drilling a hole at the top of the pillar and sending in a borescope, that came up empty, we decided to check out the lower fenced in area of the pillar.

This is when we found the patch job and immediately removed it to see how the bees had set up there colony inside the pillar. Due to the main support beam coming down the center, cross support beam, and framing, it left only an elongated skinny cavity inside the pillar. Of course, the colony had utilized most of this cavity, but still had room to expand down to the base. Once we transferred the colony into frames, and bee vacuumed the remaining bees, we began the unique repair.