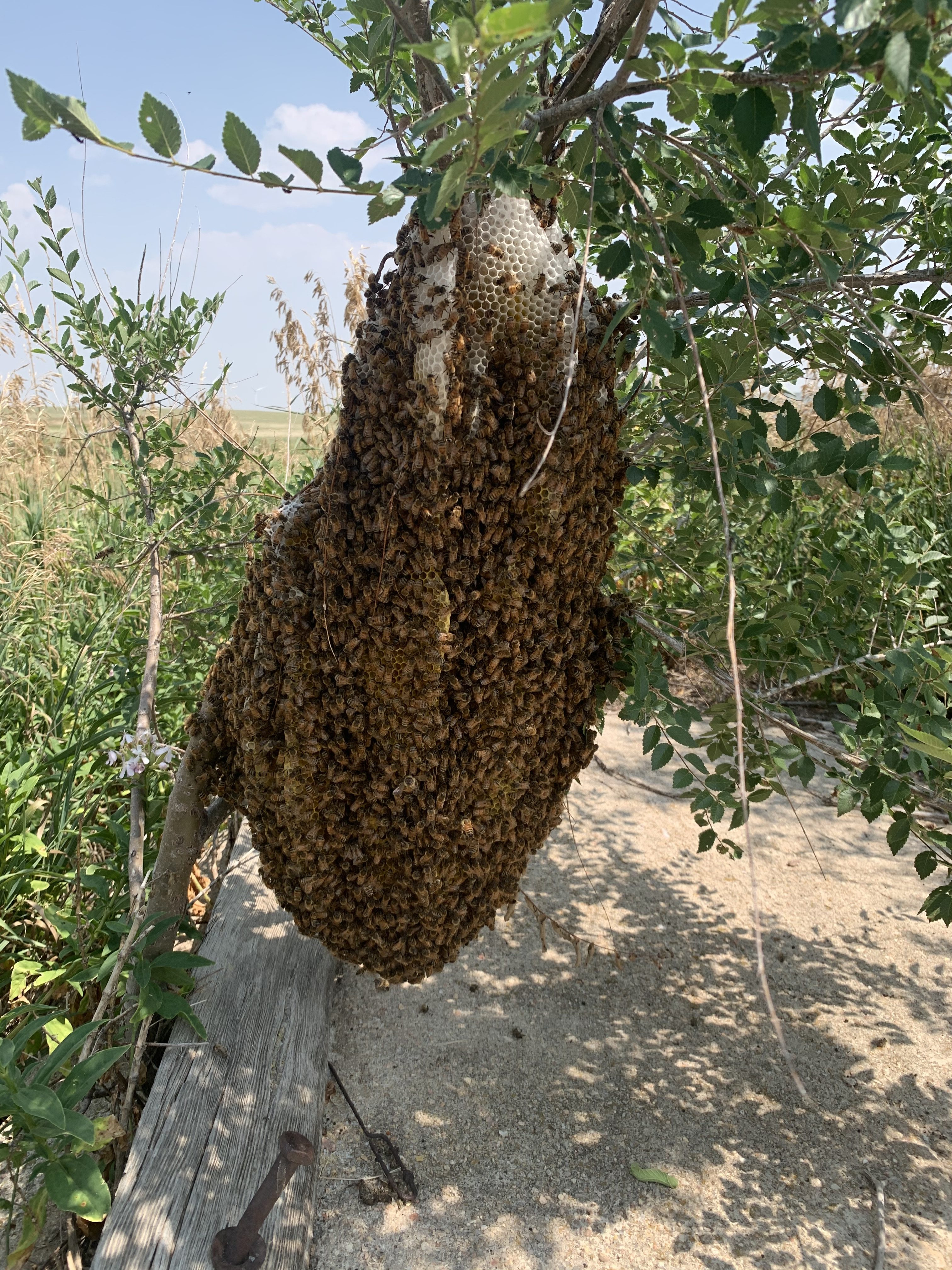 This year we actually relocated two honey bee colonies that decided to start there colony in the open air (record high for one season). These are becoming more and more common each passing season. Shout out to Diana Rhodes who helped be wrangle these ladies and there brothers. I have always wondered what conditions (or lack there of) would trigger a swarm in Colorado to decide to build in the open air. Is it because they have exhausted all suitable cavities? The particular land around them had several out buildings and a home with plenty of cracks and crevices they could have entered and called home. Scout bees got tired of looking? Southern genetics? (Open air hives are a lot more common in Southern states). Queen is mated and desperate to lay eggs? Worker bees just started building comb where the swarm landed and queen started to lay eggs? I do know once this last scenario happens they will be anchored to whatever spot this happened at. I seriously doubt an open air colony would survive a Colorado Winter, but anything is possible. However, I have never come across one that has overwintered in the open Colorado Winter air and everything else it brings.

This was an interesting and somewhat challenging removal and relocation. Honey bee swarms are infamous for scouting out and building there homes in house and deck pillars, but this was the first time we have come across one made from Styrofoam. From the beginning the homeowner disclosed to me that they had honeybees previously in […]

The Spring solstice is here and of course I am like a kid in a candy store this time of year. With a grin from ear to ear that no one can take off. So excited for the beginning of a new honey bee season with the rewards and challenges it always brings. As well […]