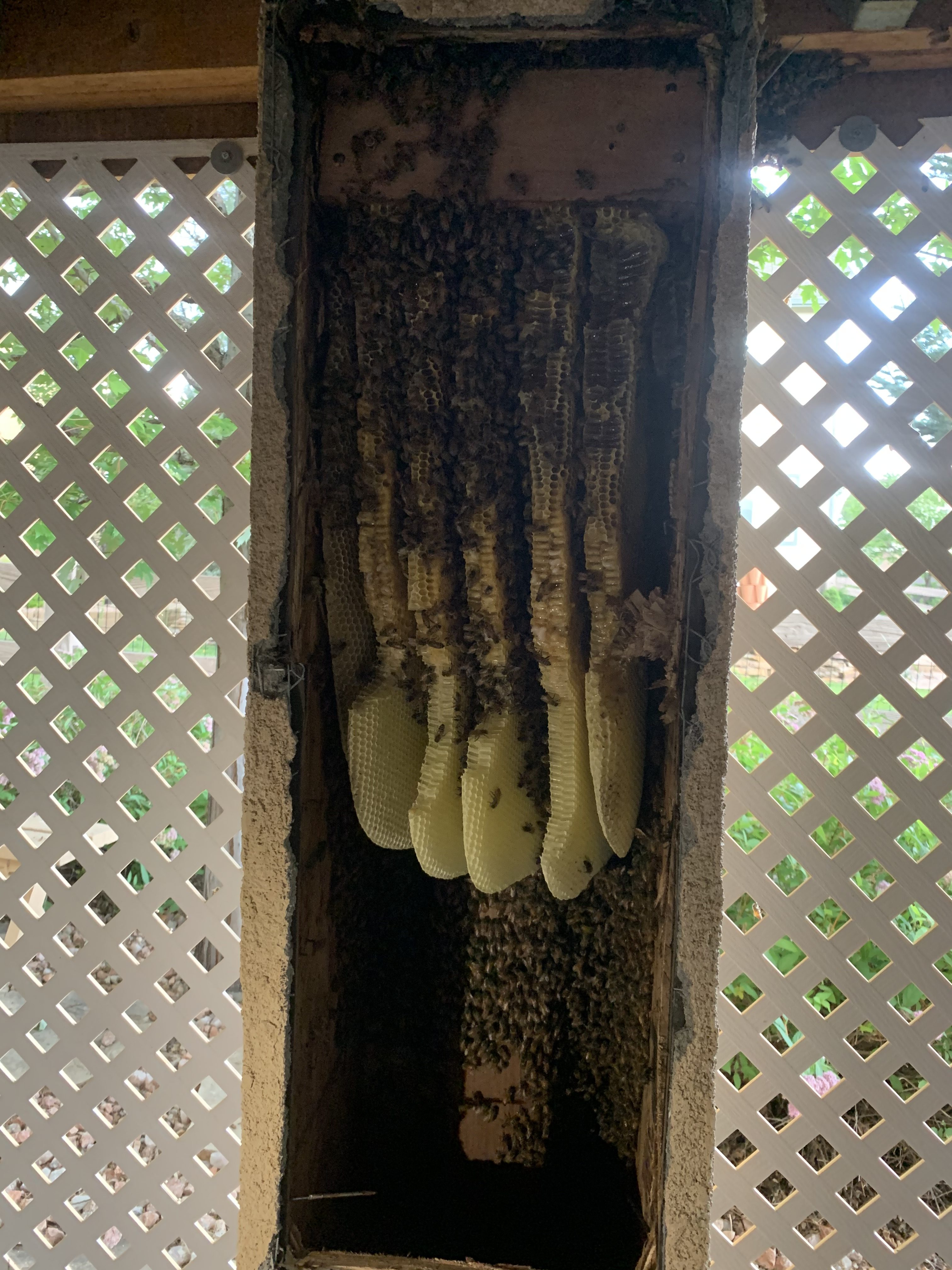 According to the homeowner, this colony moved into his deck pillar only three weeks prior. As you can see, they got a lot accomplished in that small amount of time. How much comb a swarm (now considered a colony) can initially build varies depending on the size of the swarm that moves into the cavity. However, no matter their size (number of bees) the first order of business is to start festooning and building comb so their mother has somewhere to lay eggs, and they have somewhere to store pollen, nectar, and bee bread. One can actually see larvae in the third picture due to some of the comb being attached to the piece of plywood that we removed. It tore some of the comb and exposed several rows of larvae (the white worm looking things). Justin and I had to make our initial cut longer due to the length of the comb to insure we could reach it all. We also always staple in plastic sheeting under the comb to catch any pieces that may fall and dripping honey.

Since the homeowner was rebuilding his entire deck in a few weeks we did not have to do any repairs to this pillar, but did fill it with insulation. As well as, suggested to the homeowner once the contractor has all of the other pillars open to rebuild the deck that he should request that they fill the other pillars. This insures that another honey bee swarm will never call his deck pillar cavities home again, even if a crack or crevice in the stucco is created over time. A big thank you to Justin for helping me remove and relocate this colony!