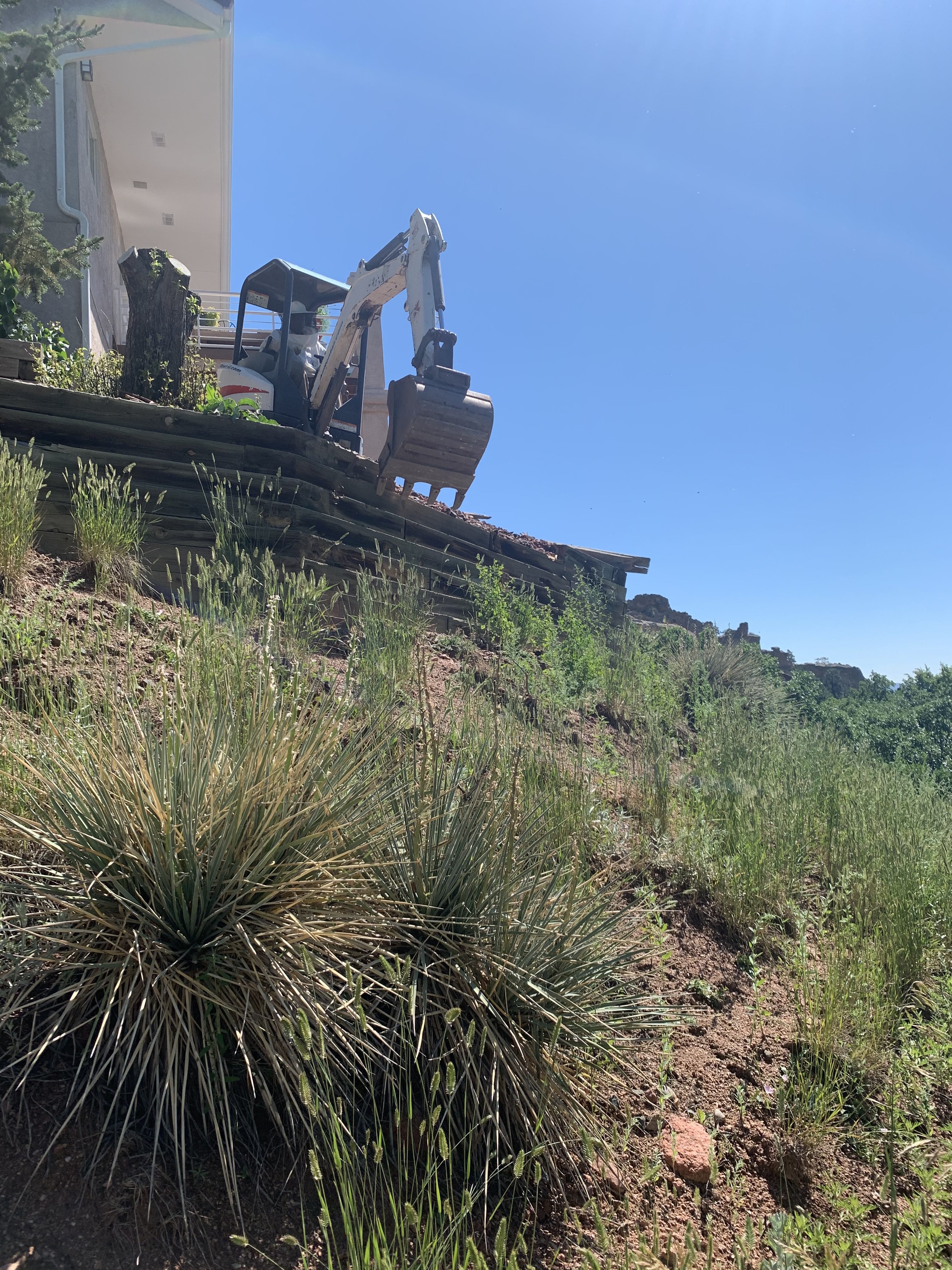 In all of my twelve years of bee keeping I have only come across two honey bee colonies actually in the ground. It is just super rare, due to the fact that there is usually no open cavity in the ground, and honey bees won’t move dirt! However, I get calls about bees flying in and out of the ground all of the time. Most of these colonies always turn out to be a wasp’s or hornet’s nest, so when I received the first call about The Peregrine Crew I was extremely skeptical. Upon arriving at the property for the first time, I could hardly believe what I was witnessing. Indeed, it was a honey bee colony flying in and out of the crack where several railroad ties met. The homeowners knew they were having the entire retaining wall replaced as soon as they could find a contractor with an appropriate bid. Therefore, I suggested that they get back in touch with me once they had all of this lined up. Over the next year and a half I collected one swarm from this colony prior to relocating them and demolition of the retaining wall. This also makes me curious how many secondary or primary swarms I may have missed. The swarm that I captured collected in an open space twenty five feet from the wall on an oak scrub tree. The Peregrine Crew was unique for several reasons. First, they will always be Notorious for being the ‘One and Only’ honey bee colony in the ground that I have relocated (not counting sprinkler systems). Second, the drainage lines in the ground under the black weed barrier to me seemed to attribute somehow to the ground shift and cavity. Based upon there placement, but I am no designer, landscaper, or contractor;). Second, the actual ground around the house had been shifting for years, thus adding to/creating the cavity in the ground for the colony? Big Shout Out to Ted for helping me relocate this colony. As well as, Antonio who led the landscaping crew and excavator.