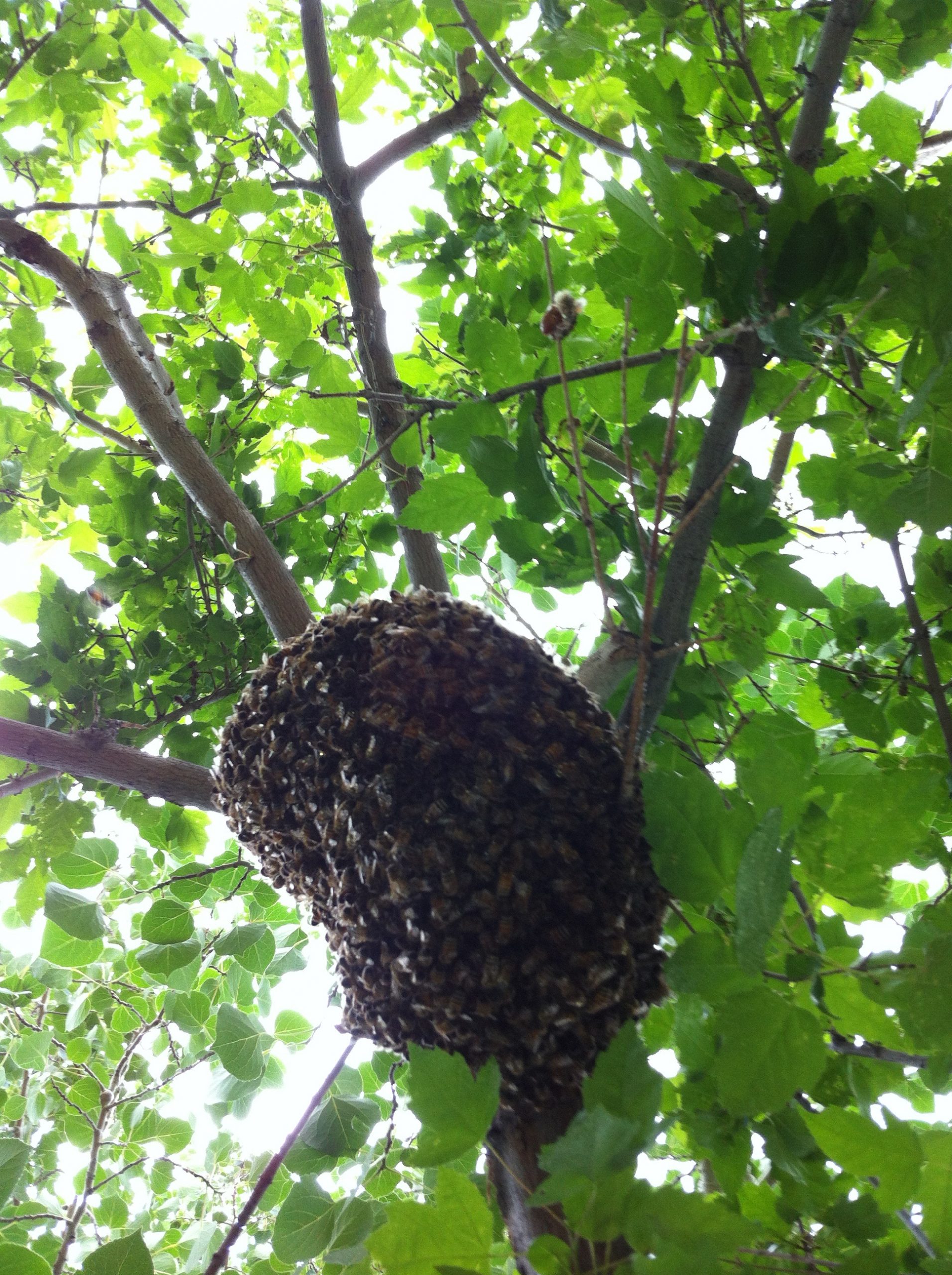 These was the second swarm I captured this season. It was a pretty nice size, and no scouts out flying because it was a rainy day. I let the home owner borrow my gloves because she was interested in helping me (thanks Patsy) and took two nasty stings, one on the knuckle and one on the back of my hand. I say nasty because the initial swelling from the stings were the most I have ever swollen up from a sting. Well the second, I took one in the brow last year and left the stinger in for five hours. Oops (live and learn)! These ladies were given to a bee keeper on my local bee club association swarm list (sad face). Perhaps, it is for the best if I had that kind of swelling from their stings.

Hives five and six in the wild. If you see these innocuous white boxes in a field don’t go “check them out”.