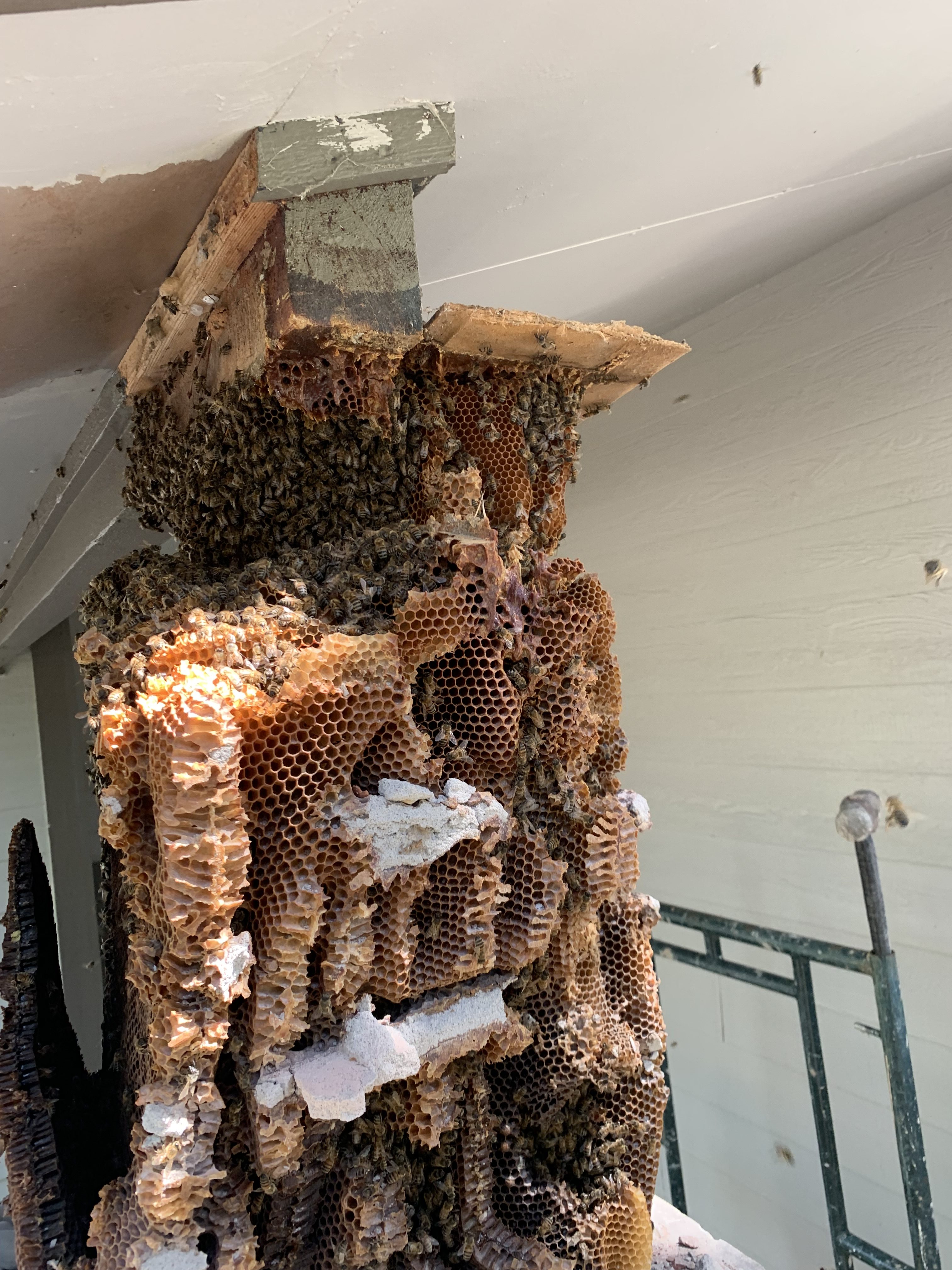 I was contracted to help with relocating this colony around a support beam enclosed in a brick pillar in Aurora, Colorado. The homeowners were getting ready to put their house on the market, so it was time to say good bye to the honey bee colony that shared their space with them for about 10 years. I had never worked with the homeowner’s crew, but they were naturals at the process of removing and relocating honey bees. Minus the part where the entire hive almost fell due to all of the bricks being removed that helped support it:) At on point the only remaining thing barely supporting the entire colony was the top piece of plywood, so we were forced to take the entire colony to the scaffolding ground before it fell down the pillar. We managed to consolidate this colony into one ten frame box, since it was fairly early in the Spring they did not have a lot of honey, but did have a lot of drawn comb that was not currently being utilized. They have expanded substantially since then and are currently in three deep boxes.