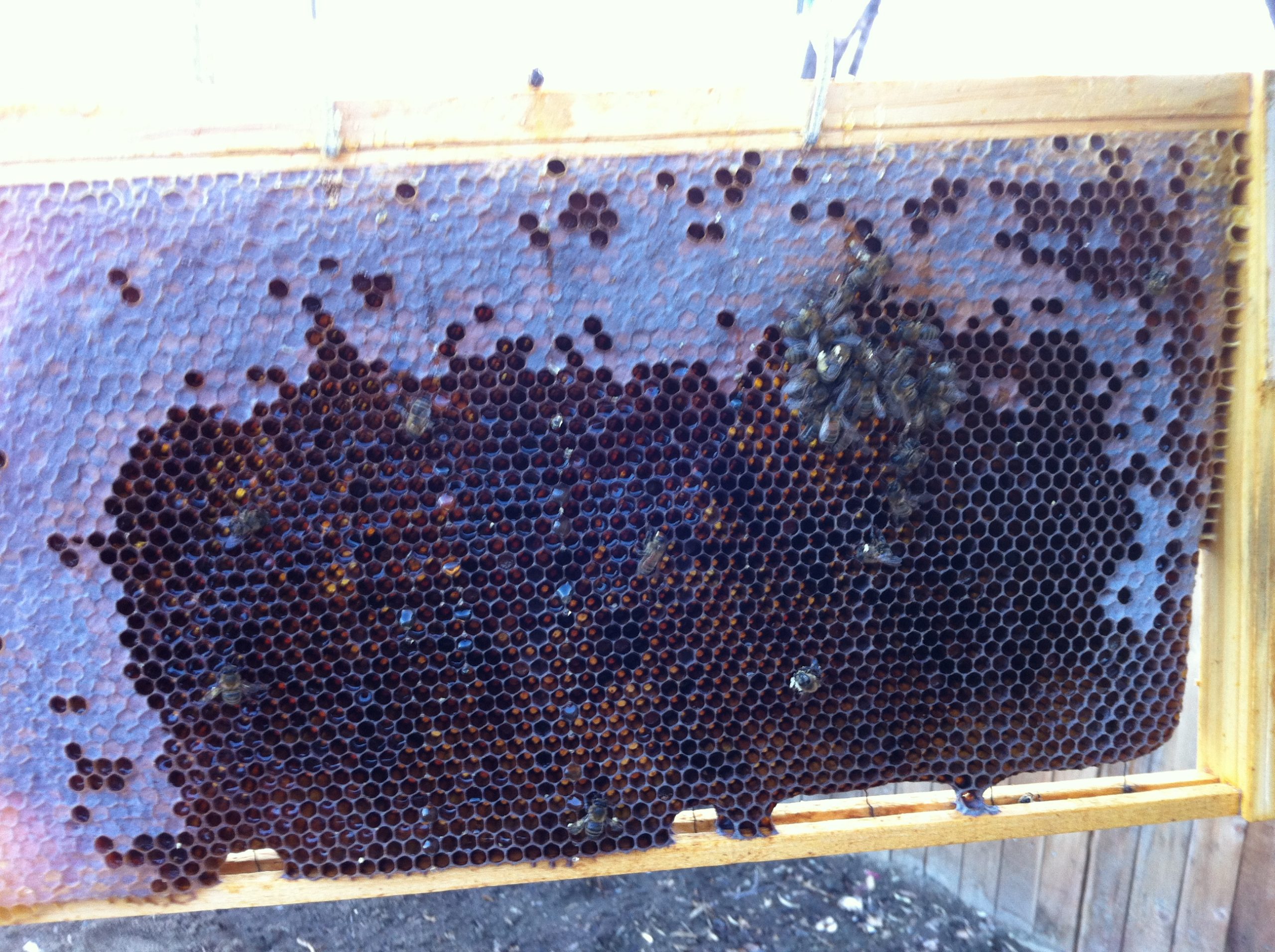 Houston, we have a problem!!  After seeing no activity in the ingenious lady crew hive on a warm day last week, I knew something was wrong in this hive., sad face! So I decided to take a look inside. After pulling several frames, it appears that the ladies didn’t have the numbers to move around the hive to get to the at least one hundred pounds of liquid gold around and above them (notice in the picture on the bottom that the bees bodies are mostly in the cell face first, as if trying to get every drop). On several of the frames I would find these small golf ball size clusters of bees, like the picture on the top. There were not a large number of dead bees on the bottom board, so my best guess is that something went wrong with the queen. When it warms up again I will thoroughly inspect the hive and see where the queen was located when she met her demise. Unfortunately I did not get this important idea until after I had brushed off some of the carnage. Did she stop laying in the late fall and never resume? Was the hive too tall to keep warm? On a positive note the ingenious lady crew left behind lots of drawn out comb and honey for the ingenious lady crew 2, coming in the spring.

Second Swarm of the Season

These was the second swarm I captured this season. It was a pretty nice size, and no scouts out flying because it was a rainy day. I let the home owner borrow my gloves because she was interested in helping me (thanks Patsy) and took two nasty stings, one on the knuckle and one on the […]