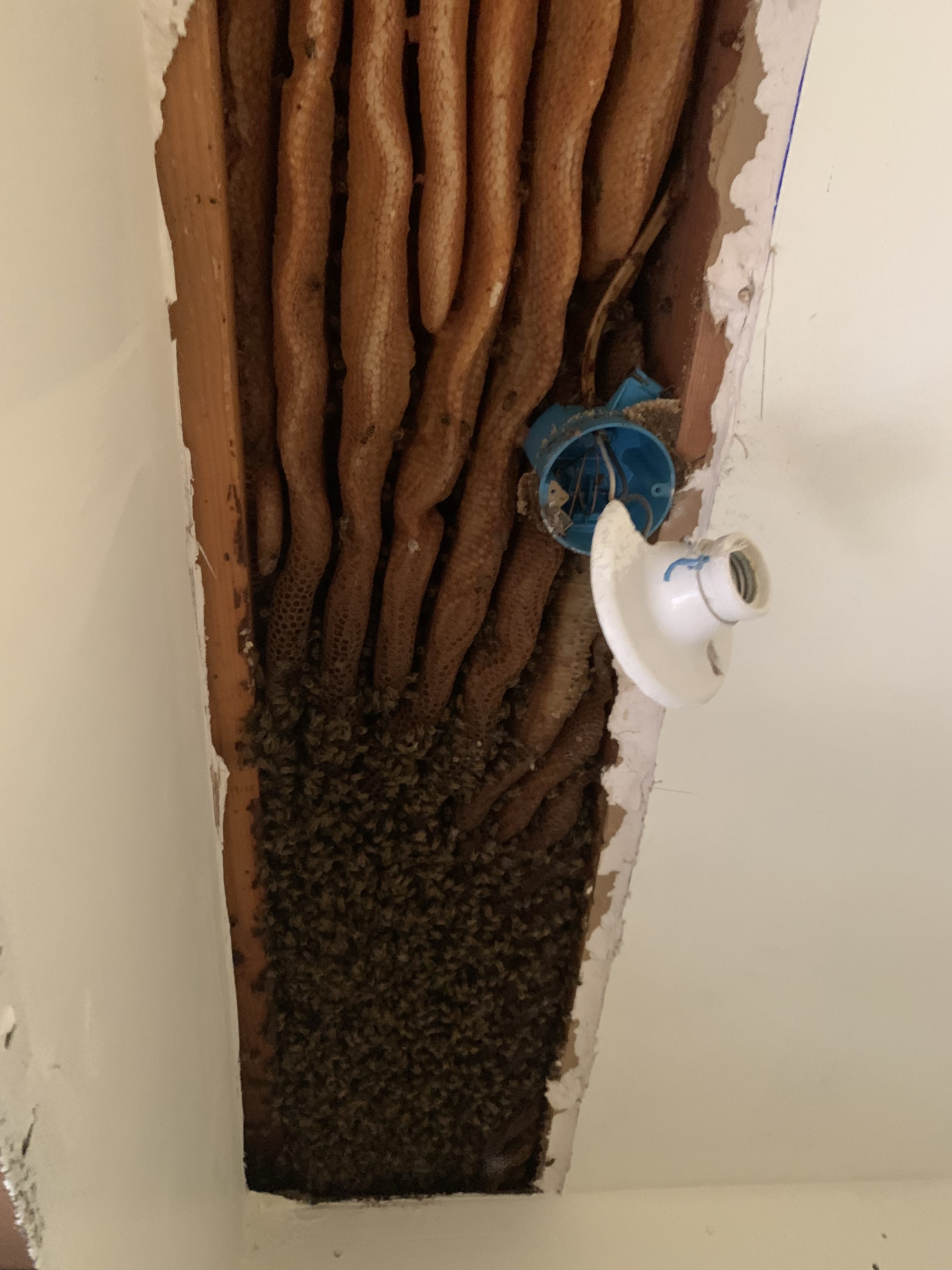 I was contacted about this particular colony three years ago, but never heard back from the management to arrange its relocation/removal. Well guess who called this year? New management, and they were not messing around on getting the honey bee colony relocated quickly. Which was a good ideal because Fall was almost here, and the colony was already starting to downsize. Once Fall begins it is best to just wait and relocate honey bee colonies in the Spring of the following year. Many reasons for this, but perhaps the most important is for the survival of the colony. Due to the shortage of pollen and nectar prior to Winter, it becomes extremely difficult for a colony to “bounce back” from being removed from there current hive/home, reestablish themselves in our boxes, and have enough honey stores for Winter. This is one reason why we have a Fall removal cutoff date and start a Spring removal/relocation list for the following year.

This particular colony utilized the entire six foot floor joist with comb, but most of the bees and brood were near the entrance/exit. I also found it interesting that the majority of the comb they were not on would typically be filled with honey stores for Winter food. However, they had limited stores for the time of year. I will need to feed them to ensure they have ample stores to survive there first Winter managed by a beekeeper.