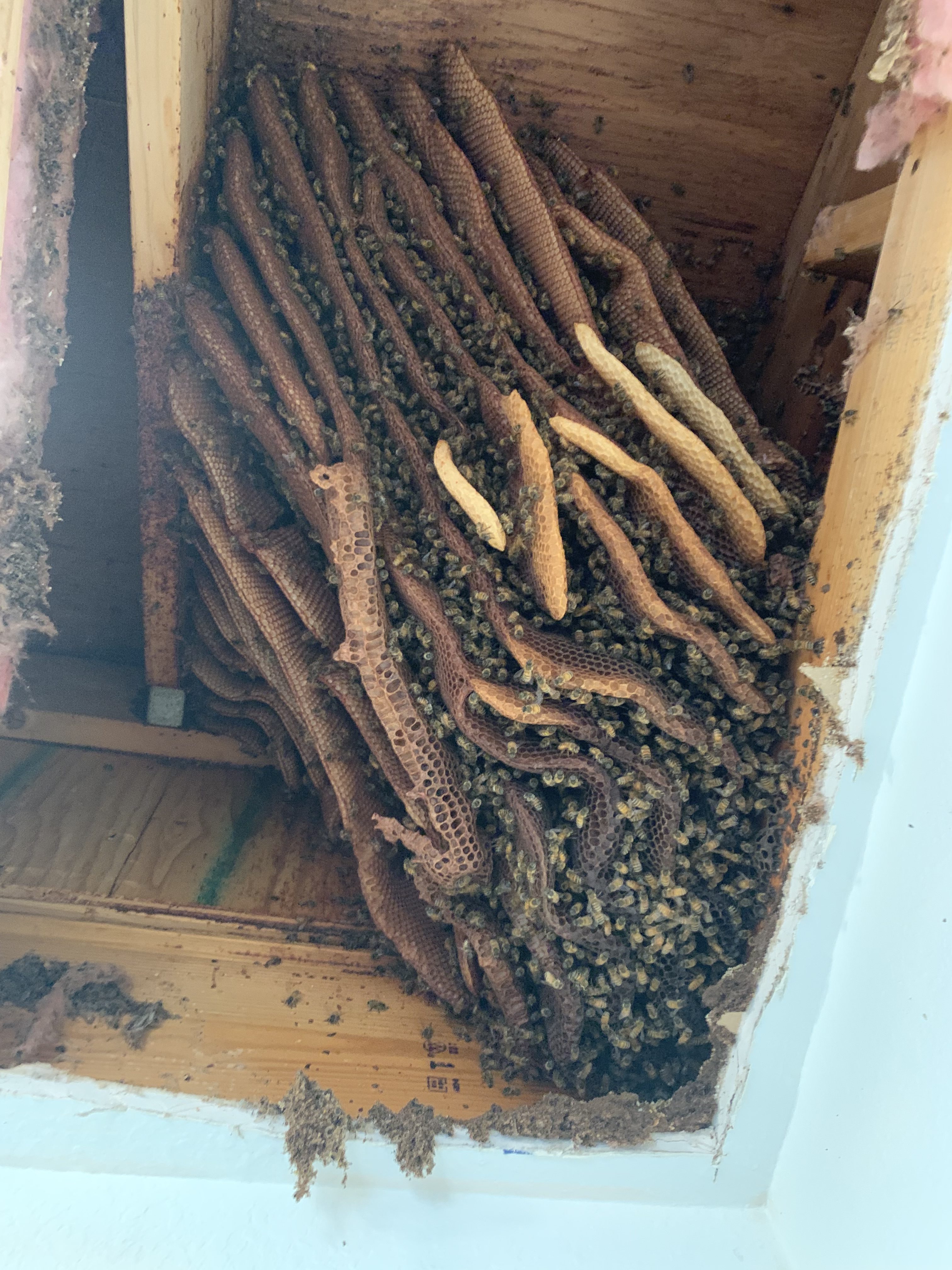 This was another colony that had lived in the homeowners structure for “as long as they could remember”. Since it was located at the back of their home and wasn’t a nuisance to them they just decided to let them bee;) This is actually a viable option, if one doesn’t mind the bee traffic entering/exiting the structure. As long as the honey bee colony is alive, there is no harm it can do to ones structure, but will expand over the years. Although if one has mice or rats they will be attracted to the colony especially in Winter when the bees are clustered, and will not break the cluster to ward off the intruder themselves. The rodents will especially eat comb with pollen in the cells and may nest on or under the bees comb.

This was the year that the homeowners decided to stucco their home. There is one thing I have learned in all of my years removing/relocating bees from structures, and that is most roofers, painters, general contractors, etc. do not like to begin their work until the honey bee colony is gone. I can understand that, but they could also just wear a veil and get the job done. I guess it is a matter of perspective, and if they are allergic to bee stings or not. This particular structure had a pitched roof and the colony took full advantage of that to create some of the most amazing, long, interconnected comb job of the year. They extended there comb to right above the insulation that was on top of the sheetrock we removed. Notice how the color of the comb changes throughout the colony. The newest wax being the white at the bottom. Beeswax is white when the bees first make it then becomes yellow, brown, and eventually black. There are several reasons for this color change, but they all have to do with use and bees walking on them.

I was contracted to help with relocating this colony around a support beam enclosed in a brick pillar in Aurora, Colorado. The homeowners were getting ready to put their house on the market, so it was time to say good bye to the honey bee colony that shared their space with them for about 10 […]