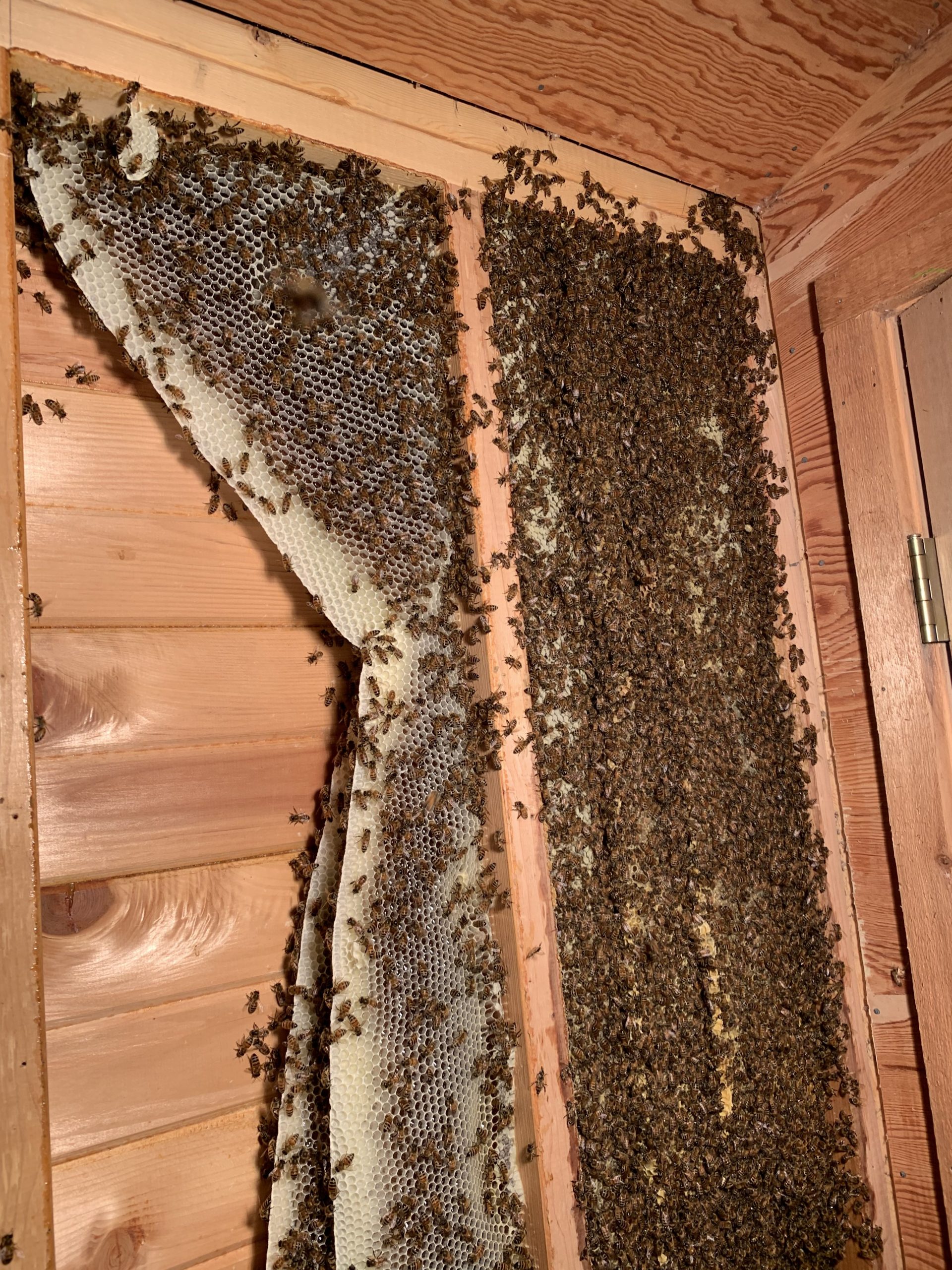 This started out as what I thought would be a “quick relocation” because the homeowner said that she first noticed bees flying in and out of the play house about three weeks ago. That should have been my first red flag, because I have done several relocations when homeowners say something similar. I don’t think they are intentionally being dishonest, but just haven’t notice the colony until there population has dramatically increased. Plus in this case, the entrance/exit was on the opposite side of the back yard. Usually these turn out to be massive hives that have been in the cavity for a much longer period, and this case was no different. The size of the swarm moving into a cavity is the main factor on whether they could do something like this in three weeks. It would have taken an enormous swarm to accomplish this in that short amount of time. Another possibility is that the swarm moved into another’s colony “old turf” that did not survive, so all of the old comb is ready for the queen to lay eggs & workers to collect nectar and pollen without the immediate need to draw comb. Also notice the brown and black comb in the cavity on the right. This is the first sign that this colony had been there for some time. As bees use cells to raise brood in, after the bee emerges out of the cell and a new egg is laid, the comb becomes darker due to the cocoons left behind. Comb also becomes darker from the bees walking on the surface of the comb. In contrast, look at the new white wax on the left that is being filled with a dark nectar. Although, I was caught off guard by the size of this colony, we were able to relocate them to one of our apiaries.