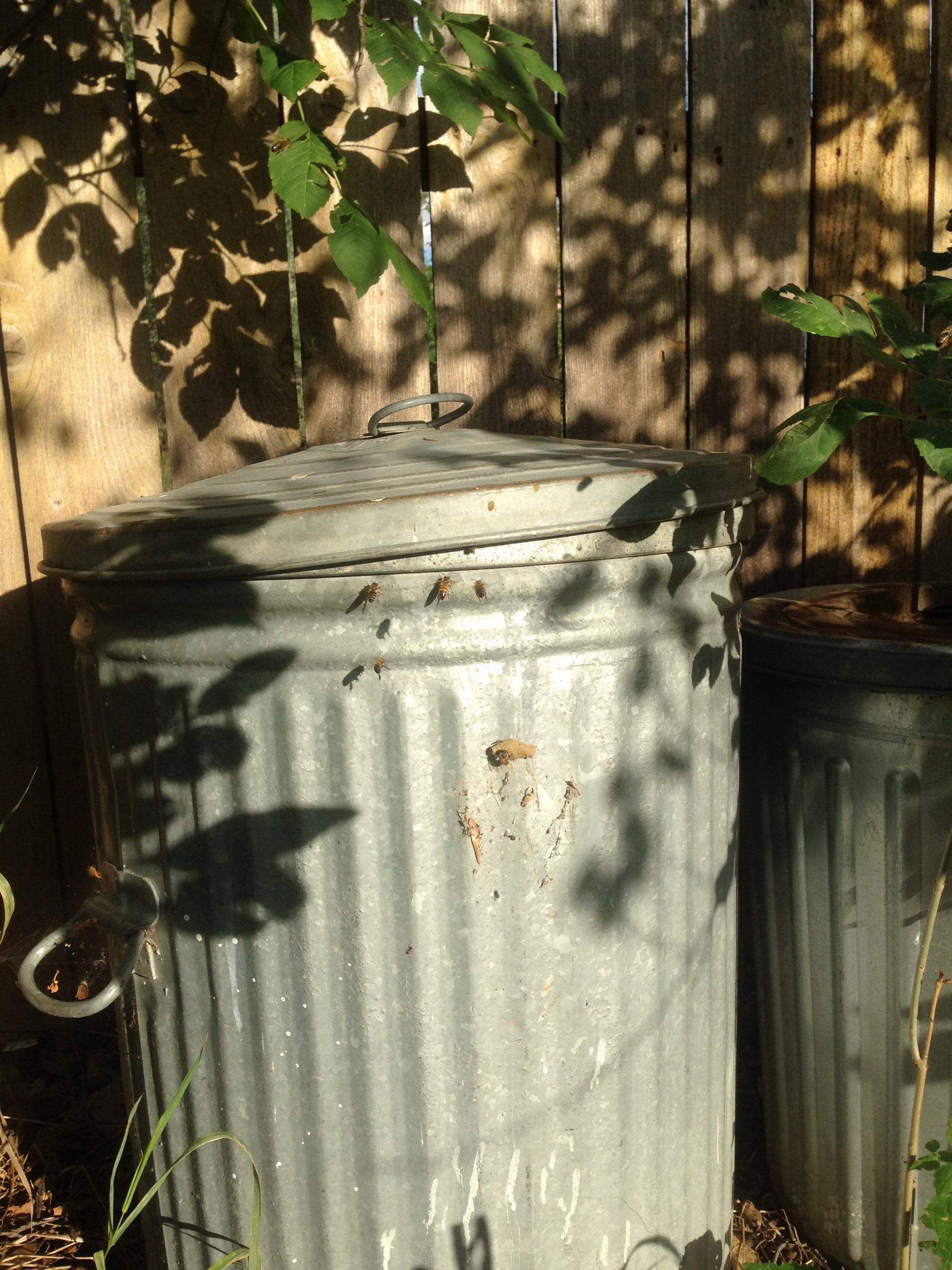 The conversation over the phone with this home owner was quite interesting. Initially, she saw bees entering/exiting from her trash can and thought it was because she threw away some old frozen fruit into it. This sounded feasible because honey bees are naturally drawn to sugars, and can smell them from miles away through there antennas. I am not sure how long it had been since she had thrown the fruit out before she began to see bees around the trash can. However, once we opened the lid to inspect what was going on in the inside, I was pleasantly surprised and could hardly believe it. A swarm had taken up residence in the metal trash can and began there colony, even with trash at the bottom of it. The scout bees must have been really desperate to find a new place to begin there colony, or perhaps it was the best choice out of all the other options they scouted out. Either way, so intriguing that this metal trash can was selected. This colony’s location beats last year’s swarm that moved into the compost bin as “the strangest place” a swarm has moved into that we relocated.