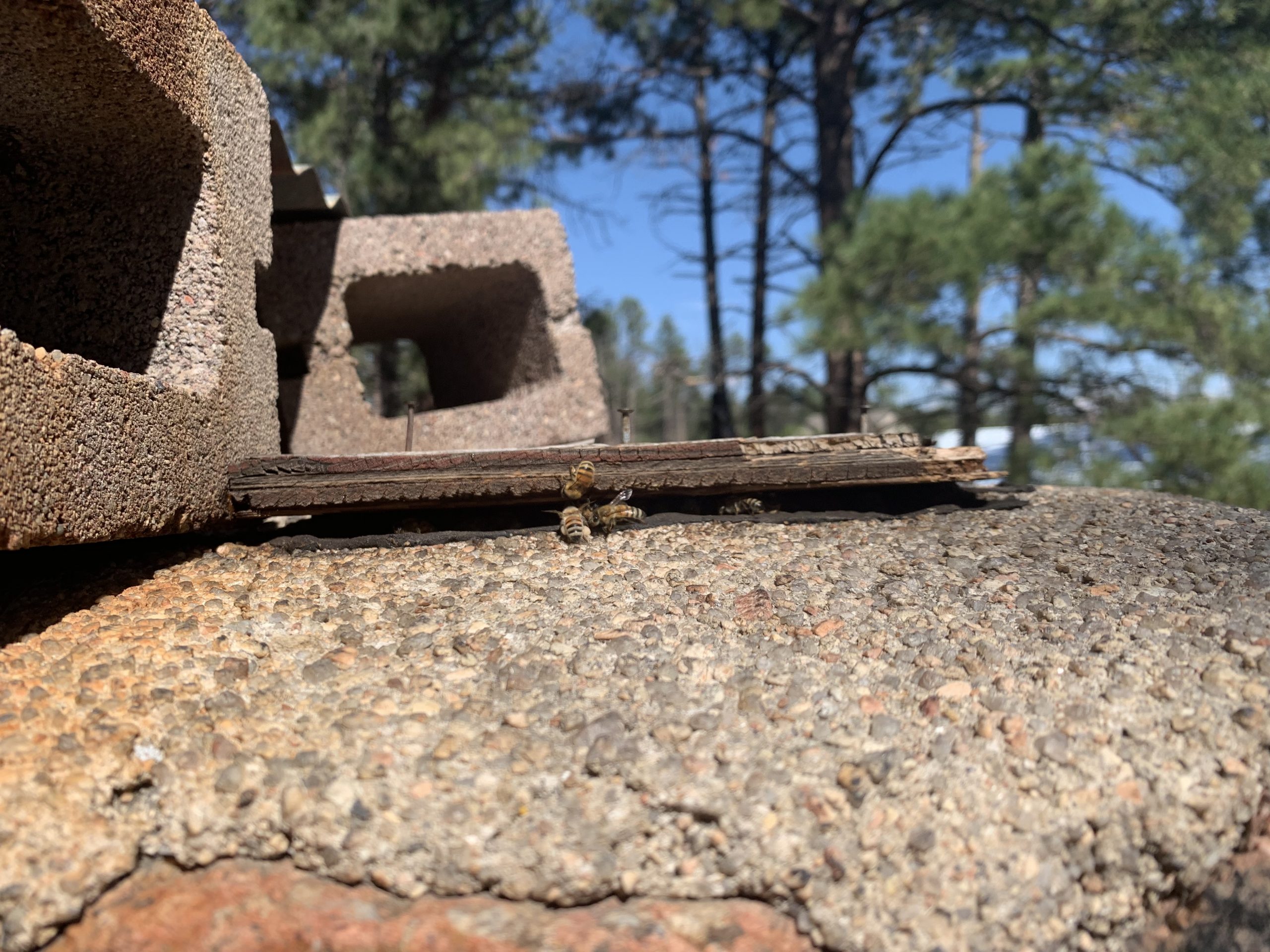 We were contacted about honey bees living in a chimney off and on over the past ten years. After the initial inspection, it appeared that one side of the flue was capped off with a piece of plywood. Unfortunately, the wood began to warp at some point, creating access to the chimney for the bee colony. It only takes 3/8 of an inch opening for a swarm of honey bees to move into a cavity. After identifying that the colony only had access to one side of the chimney, it was time to figure out how far down they went. We did this by drilling several pilot holes through the chimney at different depths, and then sending in a borescope to see if there were bees on comb at that depth. We had to get a 12 inch mason bit due to the chimney being so thick. After the exterior rocks and mortar was another layer of rectangular bricks and mortar. The homeowner and I were hopeful they did not past the metal flashing at the roof line because that would have definitely complicated the process.

We were fortunate that the colony stopped about nine inches from the roof line, but it was still massive. Oddly enough, this colony set up there home opposite of the traditional way a honey bee colony does. Typically, honey is stored at the top of a colony and brood is stored at the bottom. Then the bees cluster while eating honey and move there way up to the top of the colony over the Winter months. These ladies stored there honey at the bottom of the colony/chimney (notice the lighter honey comb frames), and had brood at the top. I wonder if the thickness of the chimney had anything to do with this decision?

We set up a “catcher” in the chimney for any of the mortar, bricks, bees, comb, or honey so that if anything fell it would not be forever lost in the chimney while we removed the entire colony. Afterwards, we covered the chimney with tarps and began the repair the following days. Since we could not put in insulation to fill the cavity, we put number eight hardware cloth at the top entrance/exit to ensure another colony will never call the chimney home.