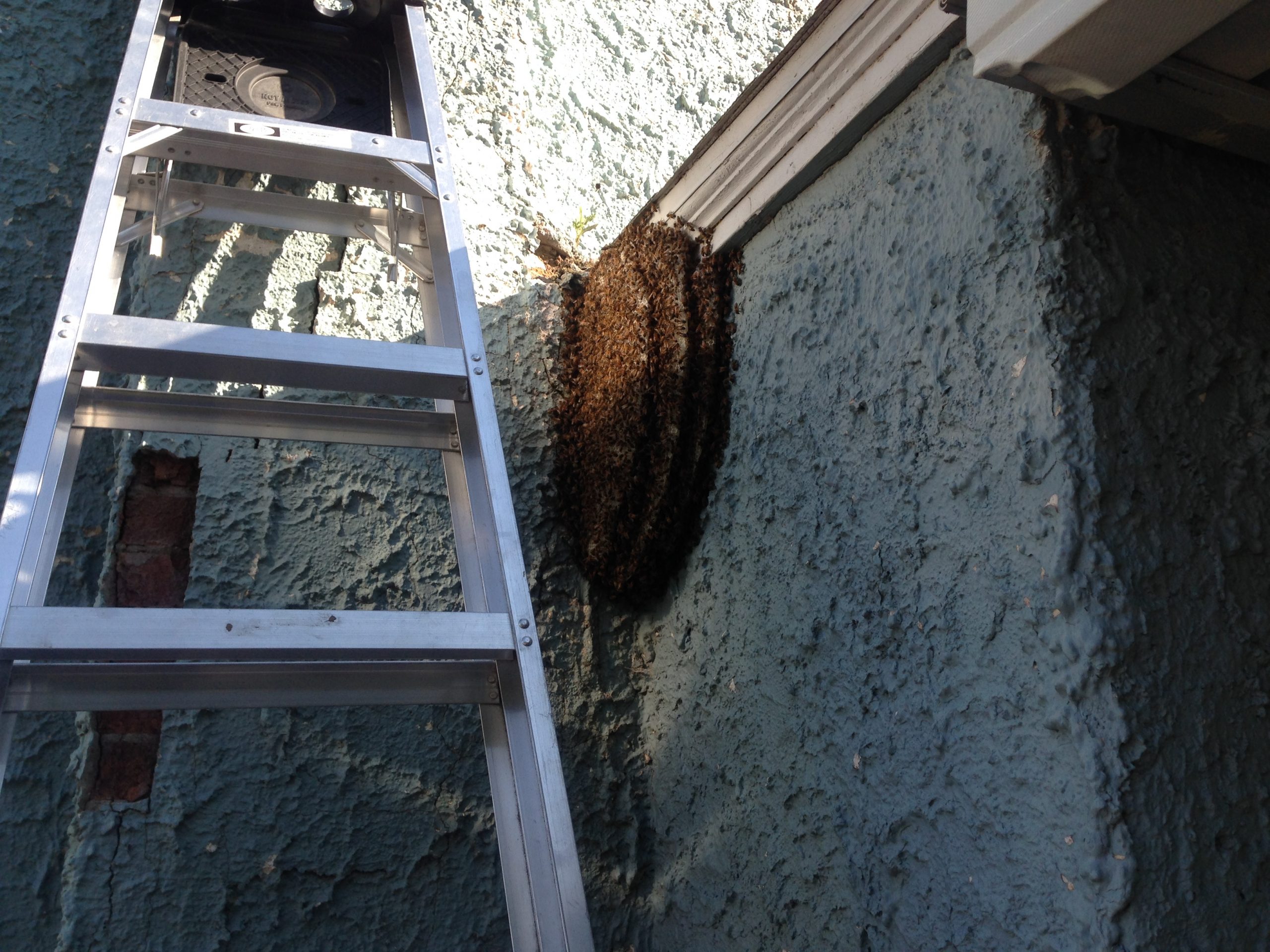 In all of my years of beekeeping in Colorado, I have never come across a swarm that decided to start building their colony in the open environment. It is extremely rare, in our climate, for honey bees to make an open air hive. An open air hive is a honey bee colony that builds their home in an open environment, with no cavity to protect them from the elements. They are really common in the southern states, but hard to come by in the northern states. Our winter environment is just too harsh. Most swarms choose to find an empty cavity in a stucco pillar, tree, or between house floors.

This Summer I have come across three different swarms that decided to start their colony in the open air. I doubt any of them would have survived their first winter; especially the one on the side of the blue house, due to becoming wet from snowfall. One of the others settled underneath Daniel’s townhome back porch/deck. Granted, that the deck was semi-covered with another second floor deck and then a roof and there wasn’t going to be any rain dropping immediately upon them. However, if it rained and it was windy they would have most certainly gotten wet. Typically, wet cold bees are dead bees.

I believe their are at least two possible reasons that these swarms chose to start their colonies in an open environment. One possibility being, they were exhausted from scouting out a new location for their colony and decided these spots were as good as any. Also, as Africanized bees make their way up northern state lines, they bring their diverse genetics with them and that includes being able to survive in an open environment. I do not believe any of the open air hives we relocated were Africanized (they just weren’t mean enough). However, that brings me to the second possibility. As northern honey bees’ genetics begin to cross with southern honey bees, I believe we will see more bees who sense that they have the genetic make up to live in an open environment.

Unfortunately, I doubt that any of these colonies could survive a cold, long, snowy winter in Colorado in the open air. These ladies apparently did not get the memo.