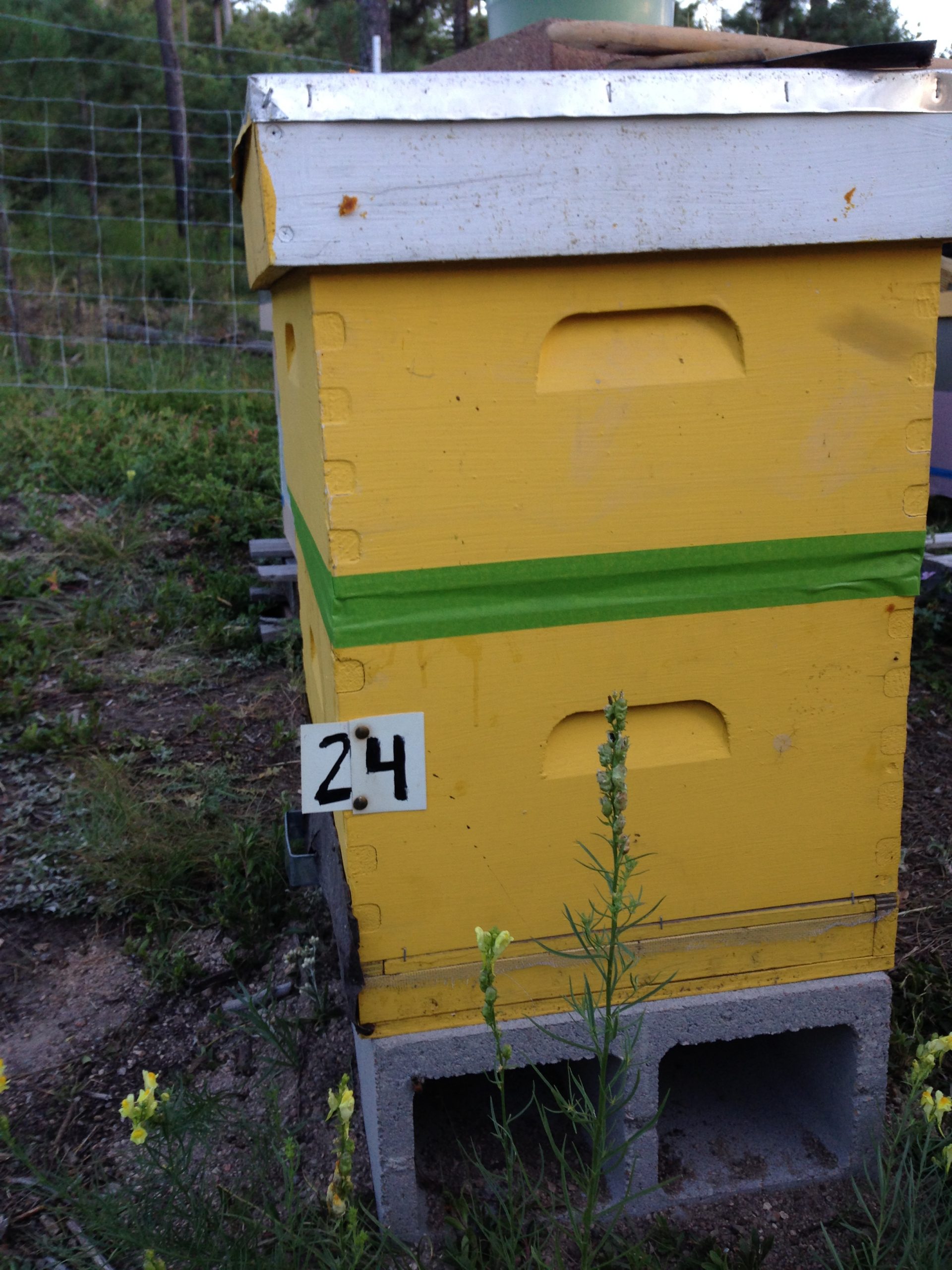 We were entrusted to remove The Valley Crew from their fairly new established home. They were in a third floor, stucco patio wall in Castle Rock. This is one of the longest distances we have driven to relocate a colony. It was well worth it to meet and assist the homeowners and their daughters.

As I was preparing to leave, on the second day, one of their three daughters asked me, “Where is the honey?” As if she totally expected me to bring in some honey from the hive to share with her. I explained to her that this particular colony really didn’t have any excess honey stores. But, I could bring her some from the private selection (a new product) tomorrow. The next day I brought over two pounds of chunk comb honey in a one and a half pint mason jar. I am so glad I didn’t forget to pack it, because she and her sisters were all smiles. This new product will be listed under the Honey Tap soon.

The colony found an opening in the drainage square where the stucco didn’t completely cover the wood-foot board. This created an entrance to the empty interior of the wall. Once in, this colony (like most) began drawing their comb from the very top of the structure, extending it down to nearly the bottom.

One challenge of relocating newly established hives is that their comb (wax) is so fragile, because it has recently been made and hasn’t had time to harden. Beeswax starts out almost white, over time and usage it becomes yellow, brown, and eventually black. Therefore, it takes some extra patience and the realization that some pieces, if they have just been drawn out, may not make it into the box. Larry and I did get the majority of the hives’ comb into one ten frame box. However, there were several pieces that just bent upon touching and rubber banding, so those pieces went into a separate container.

Once the colony was removed from the wall, we hauled it down the stairs (luckily, it was only one deep or this would have been a feat) and put it into the car. Over the next few days we came back to begin the repair work which started with scrapping the void down and putting in insulation. Afterwards, mortar was added and once it dried we painted the wall. Of course, we left the color-match paint with the homeowners in case another coat is needed. Or, if they have any other areas of their house that need a touch up.

The Valley Crew is located in Larry’s out yard. They have been bringing in pollen and pulling out the rubber bands we put around their comb. Therefore, it looks like another colony successfully relocated!