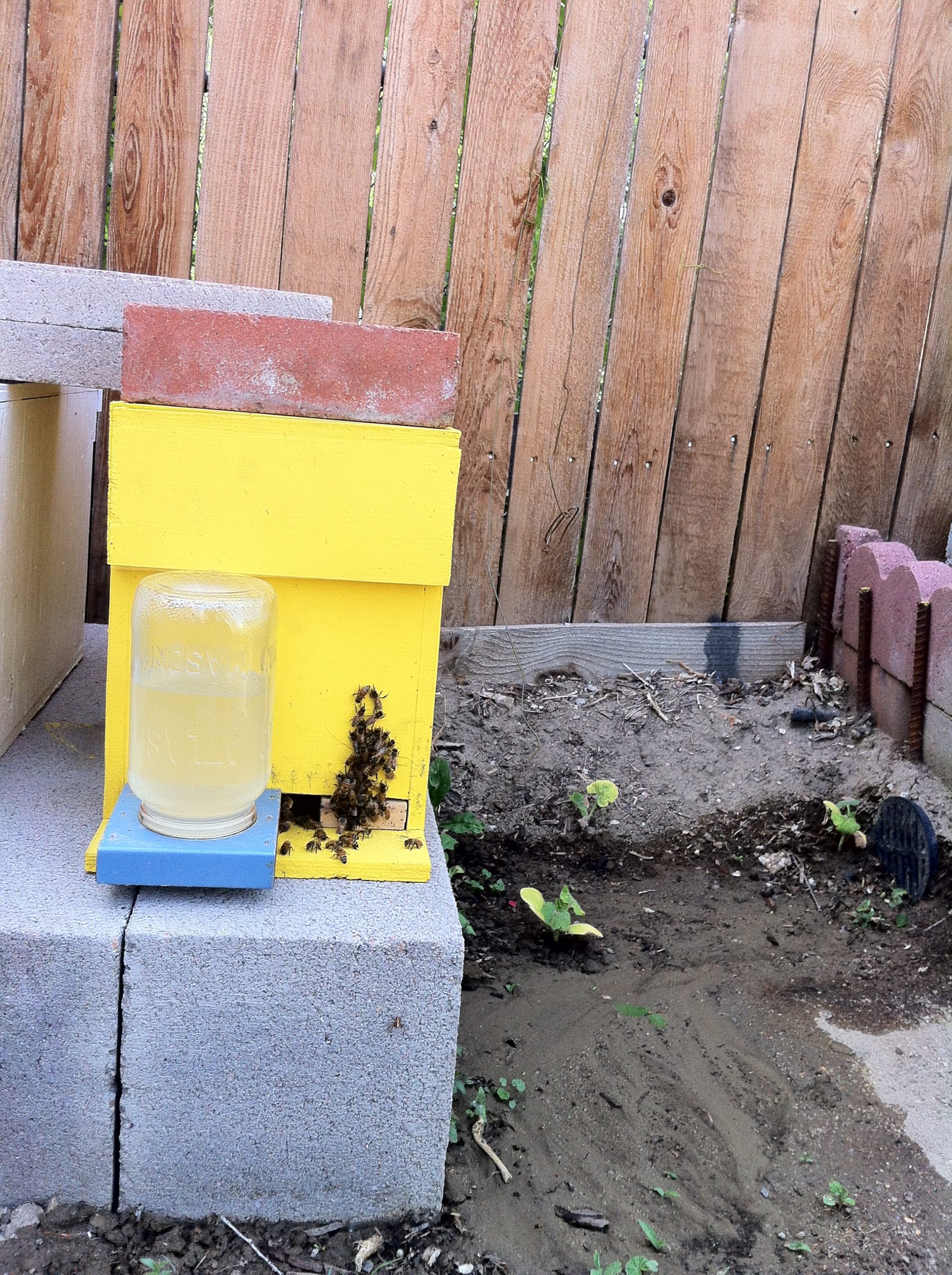 Hive Number Seven is my first successful split. This hive is an offspring of Hive Number one, the crew that was busting out in January. Yesterday I noticed this bearding, which was about three times this amount at its peak, so I knew that the queen was laying (but checked to be certain) and it was time to move them into a standard ten frame five.