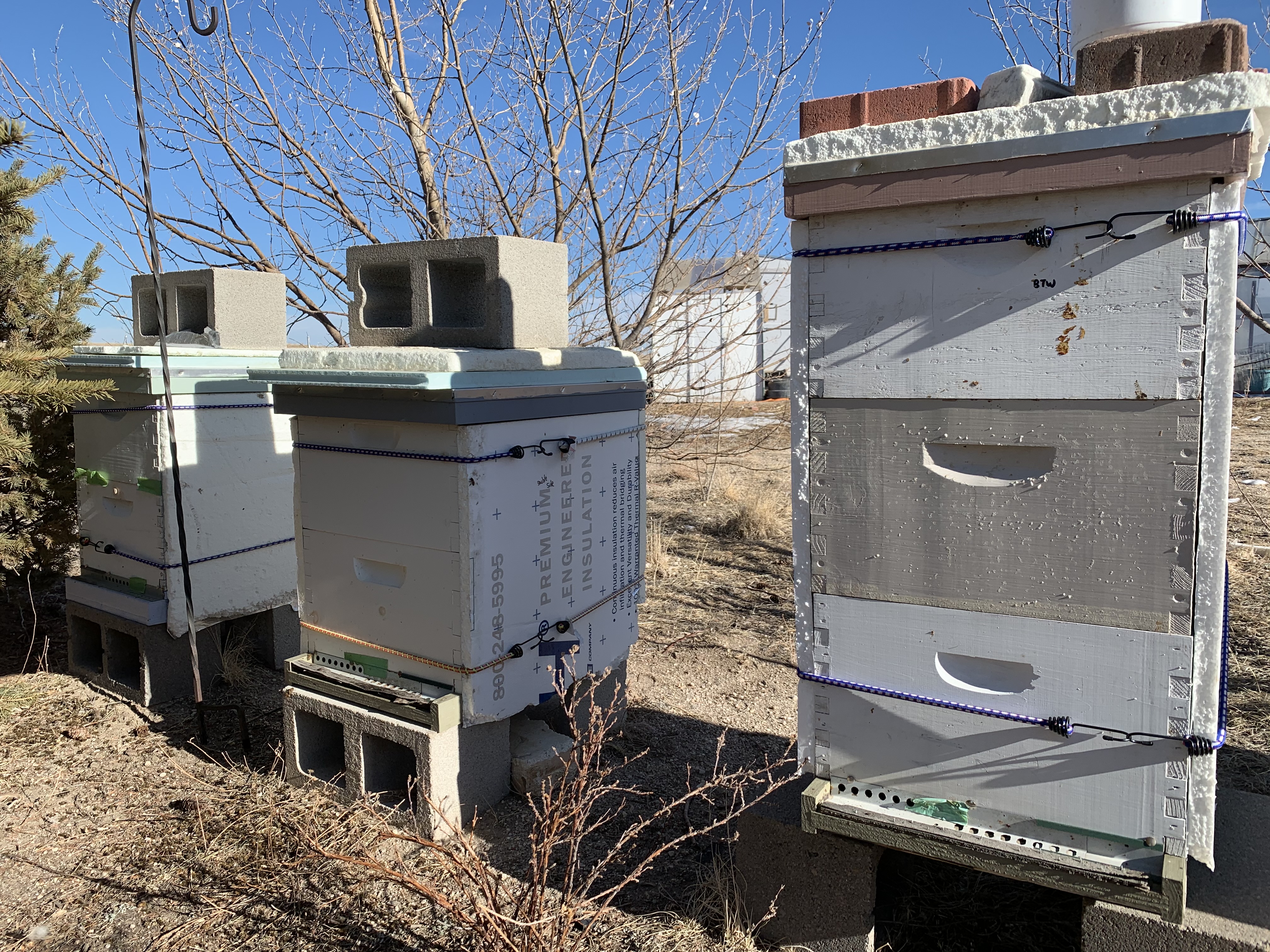 What an interesting start of the New Year it has been. I thought last year was going to be the one to write home about, but this year has pretty much picked up where the last one left off. However insane things got in 2020 and may become this year, I will always approach each day with thankfulness, fun, compassion, empathy, love and positivity.

We have passed the Winter Solstice, so most queens in the apiaries will have slowly began to lay small patches of eggs. It is still a little early in our neck of the woods, calendar wise, to pull frames to see which queens are currently laying the most eggs. As well as, which ones have the largest clusters and possibly short on honey. Although, I typically leave ample honey on hives for Winter. However, the Winter so far has been an extremely cold one, mixed with beautiful warm sunny days. We haven’t had many high wind warning days compared to years in the past, but it’s still early.

Going into this Winter our hive numbers were the same as last years, and we did not hit our fifty-five hive count goal! Although, some days I feel like how could I possibly manage another hive. We went into this Winter with fifty colonies, but eight have perished since then, and there is still more Winter to go. Two of the colonies were late cutouts, and even though we saw and transferred the queens safely while relocating the colonies, neither of them made it. Most likely because they just didn’t have enough time to regroup before the first extended cold period. This has happened before, so I usually make a cutoff date for Fall removals, but need to do a better job of sticking to that date. Another ideal I have been considering for late colony removals/relocations is to put them on a Snelgrove Board or double screen bottom board on top of an established hive to see if that changes the outcome. Several of the other lost colonies had to small of a cluster to move to the honey frames around them. This was due to mites weakening the Winter bee population, and one colony with no queen to be found. Another hand full of the perished colonies had no cluster of bees at all in their frames or on the bottom board. Again, most likely due to mites and the viruses brought on by them. Some beekeepers when they see a dead out in the middle of Winter with no cluster of bees think their hive absconded at some point. However, in my experience, it is more likely that the colony had been dying off for a while. Choosing to die outside of the colony to preserve the health of their sisters, and eventually once the colony is inspected there is not a bee in sight. I am a little disappointed that we did not reach last year’s goal of increasing our hive numbers to fifty-five. However, this year I will also need to make up for the eight losses. Which brings our current Winter losses to sixteen percent. This is inline with our typical Winter loss percentages, and is much better than our highest Winter loss percentage in 2018, which was twenty four percent.

Since we did not meet our hive count goal from last year, I will keep it the same. This year I am certain we will meet or surpass fifty-five colonies because I have just about mastered queen rearing and splitting hives that are bent on propagating themselves. In addition, instead of bringing a lot of new queen genetics in this year, I am going to concentrate on monitoring and breeding more from the longest lived, healthiest, and most productive (& sometimes ornery) colonies in our apiaries this year.

Once Spring arrives, I will be updating how particular hives are doing and giving an update on hive numbers. I would also like to exchange, give away, and/or sell a few queens this year in hopes of getting some honest feedback on there laying pattern, mite tolerance, and productivity in different locations. I am confident we are working with good genetics and I am not discouraged, but determined to keep bees alive and productive off of mite treatments.