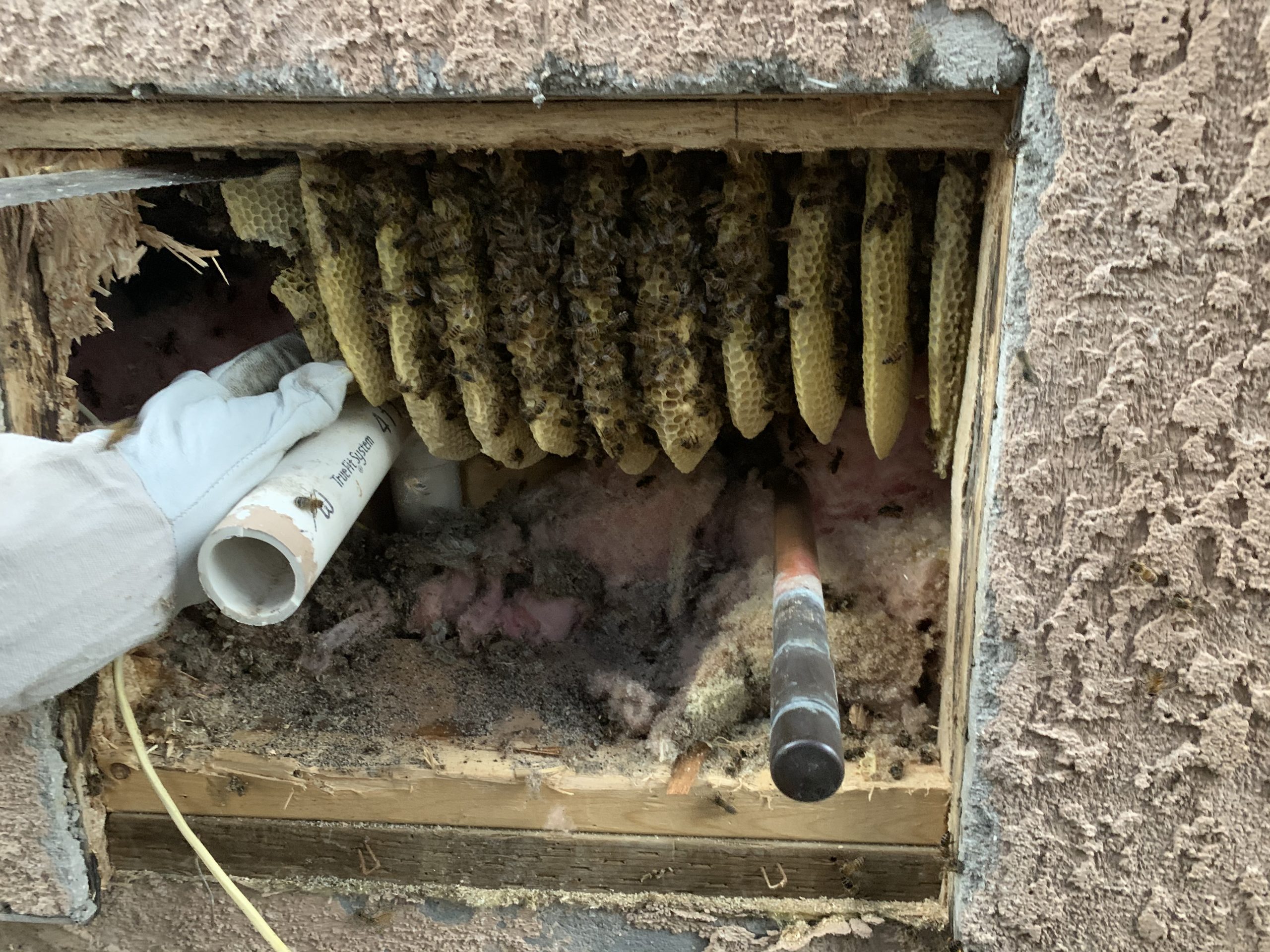 This colony was a little elusive to find where they set up at first. The infrared thermal camera gave a heat source on the edge of the floor joist and wall, but it didn’t continue down the inside of the floor. Of course, now I know why, it was due to the the last joist being a different width than the others. Therefore, we didn’t have access to the colony from the inside, based upon the build. After drilling a few pilot holes in the inside sheet rock and sending in a borescope, we soon realized that there would be only one way out for this colony. This was through the external stucco wall.

It appeared that there were some old holes drilled through the stucco for cable wires? Which gave the colony access to the cavity that only had insulation on the floor of it. Of course, this made for a nice long cavity that attracted the swarm of honey bees. Once it is decided they are moving in, usually by the scout bees convincing, they immediately start building comb upon arrival. I estimate that this colony moved in no more than four weeks previously. Once we relocated this colony we began repairing the square we had to cut in the stucco.