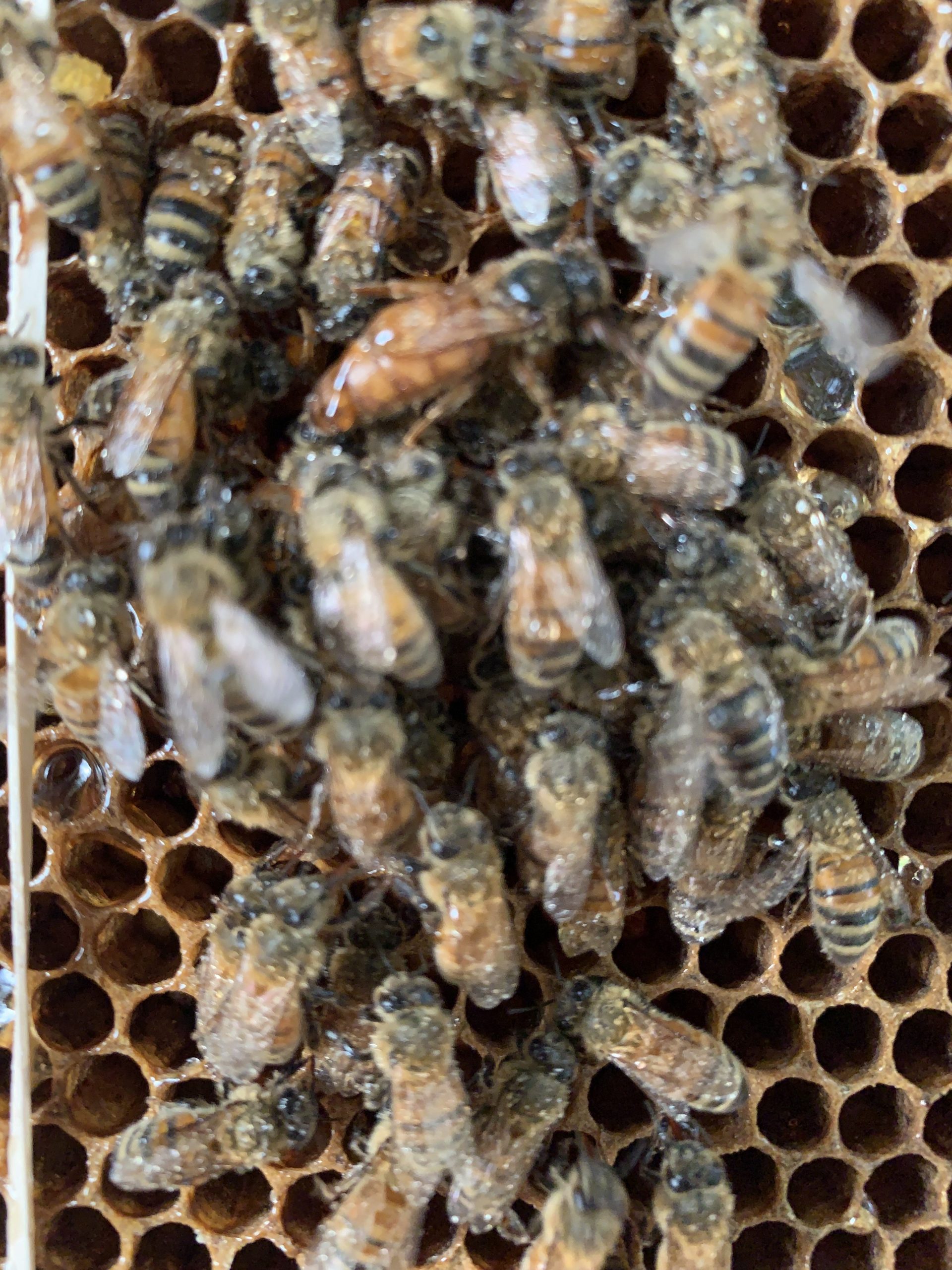 According to the homeowners this colony had been living in their soffit for about two to three years. The original plan was to use a one person bucket ladder truck to reach the soffit and address the issue. Their thought was to strap an empty hive to the exterior of the bucket and load frames into the box as we removed the comb and bees. I was quite skeptical of this ideal for numerous reasons, but the most obvious one to me was that we needed two people up at the peek of the soffit. One to cut and handle the comb, and the other to hold the frame and help rubberband it in. A ladder was suggested for the other person, and I suggested that scaffolding would be by far the safest and fastest way to relocate the colony. Since one of the family members participated in this removal, the bucket ladder truck did come to be very useful in exposing the hive. They also knew someone that they could borrow scafolding from. This removal was a sticky one due to the amount of honey comb the colony had stored.