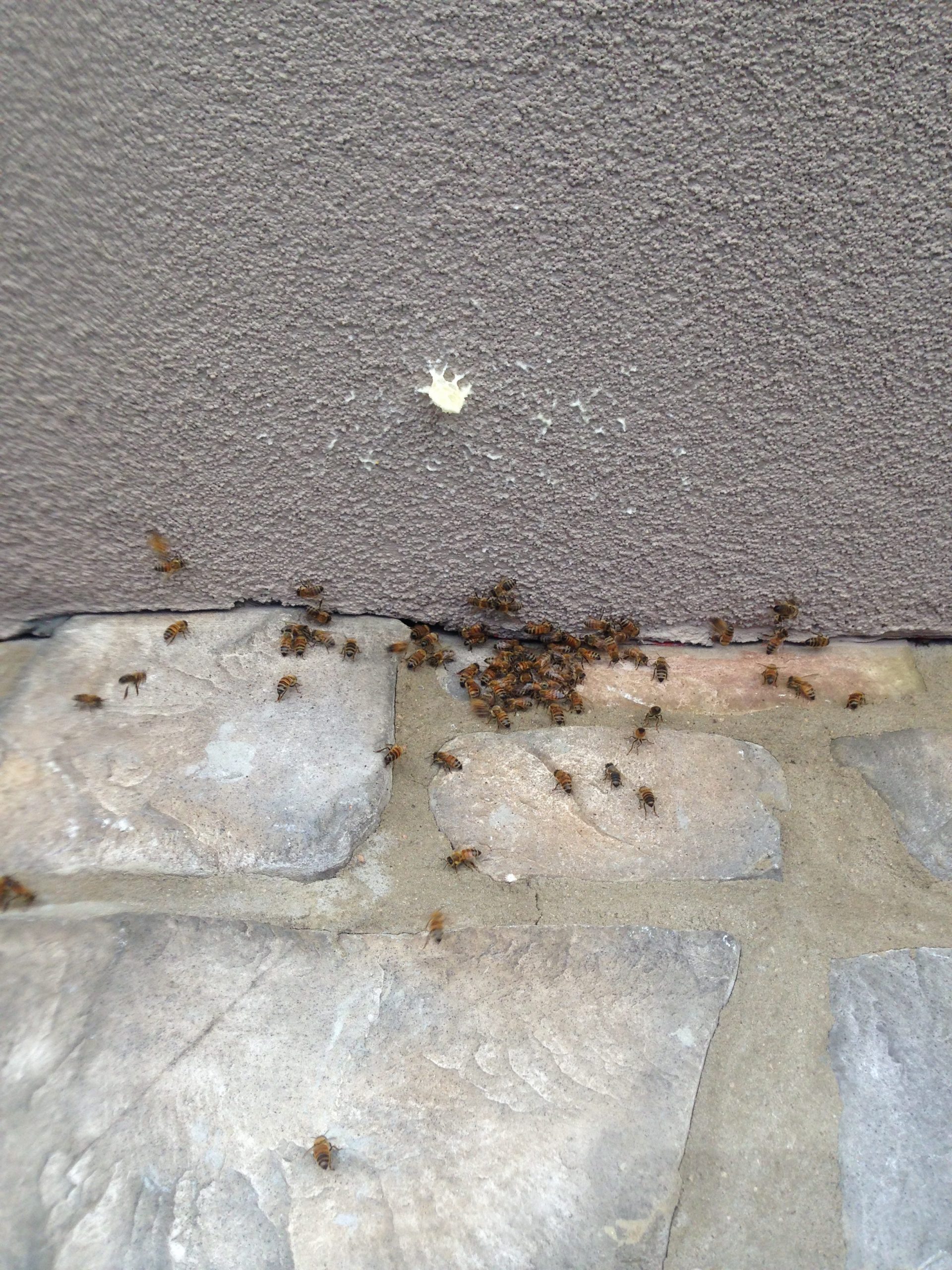 I normally get a few calls in August to collect swarms, but this one was August 29, 2018. By far the latest into August I have collected a swarm. This particular one decided to hang out under the second story eave of a hotel. According to Jim, he noticed a golf ball size of bees on the wall and bees flying around the prior day. When he arrived at work the following day he was greeted by this mass. From this information and after noticing the small cracks between the eave and wall, I have formulated a theory. My theory is that the scout bees initially thought they had a larger cavity to go into than there actually was. Therefore, once they started entering the structure I think they started marching right out. I used my bee vacuum to capture most of the bees in the swarm. This is when I could clearly see bees coming in and out of the cracks between the eave and wall. Perhaps, it turned out that the space just wasn’t big enough for the number of bees. In addition, this swarm may have been considering an Open Air Hive because as I got to the final stages of vacuuming them, I noticed a small piece of beeswax had been drawn.