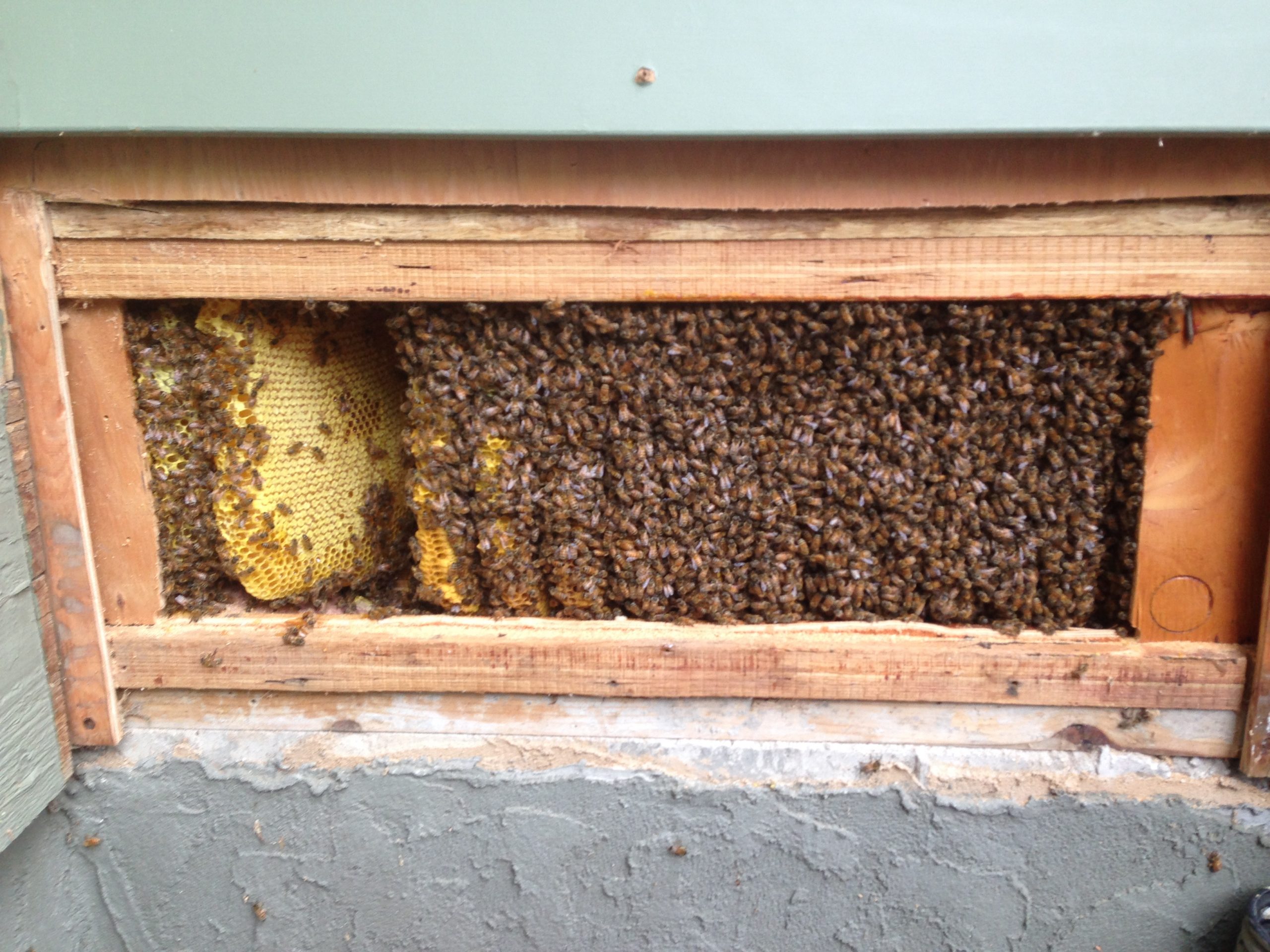 According to the homeowner this colony was on its second year of surviving in their structure. He also noted that bears had been ripping on the outside of the house in hopes of infiltrating the structure to indulge in honey comb and bee larvae. Notice the large deep pieces of the siding clawed on by bears on the front right side of the house. It took us about an hour on the initial inspection to determine which cavity of the house the colony had set up in. Lucky for us, the floor foundation joist were not solid, but had plywood in the middle of them. I have never seen a build quite like this, because typically these floor foundation joist/headers are solid and prevent you from accessing the colony from the outside because one can’t cut through them.

Once the homeowner and I located the cavity the colony called home we noticed that they sandwiched themselves between two joist that were irregular in width in relation to the rest. Not sure why that was, and the beginning of this section had no instillation in it. Which is what probably invited the colony to move into it. However, the end of this section did have instillation in it, so it limited the colony to roughly three feet of space. This colony filled the entire cavity that they had access to with comb, honey, brood, and bees. In fact, there was a small circular hole in one of the pieces of plywood that allowed them access to the next section of floor joist. They had began traveling through the hole and started drawing a small round piece of comb. The Glenrock Crew had begun exploring the idea of extending there colony into the next section of floor joist. This was mainly because they had maximized the section of the house’s cavity that they were in. They also had begun swarm preparations, we came across at least eight queen cells and numerous queen cups.

Although the weather threatened to change on us as the homeowner and I worked to remove and relocate this colony, it held out. It only took us about three hours to cut the plywood and physically remove all the comb (beeswax), bees, honey, and vacuum any of the straggler bees who went into hiding.