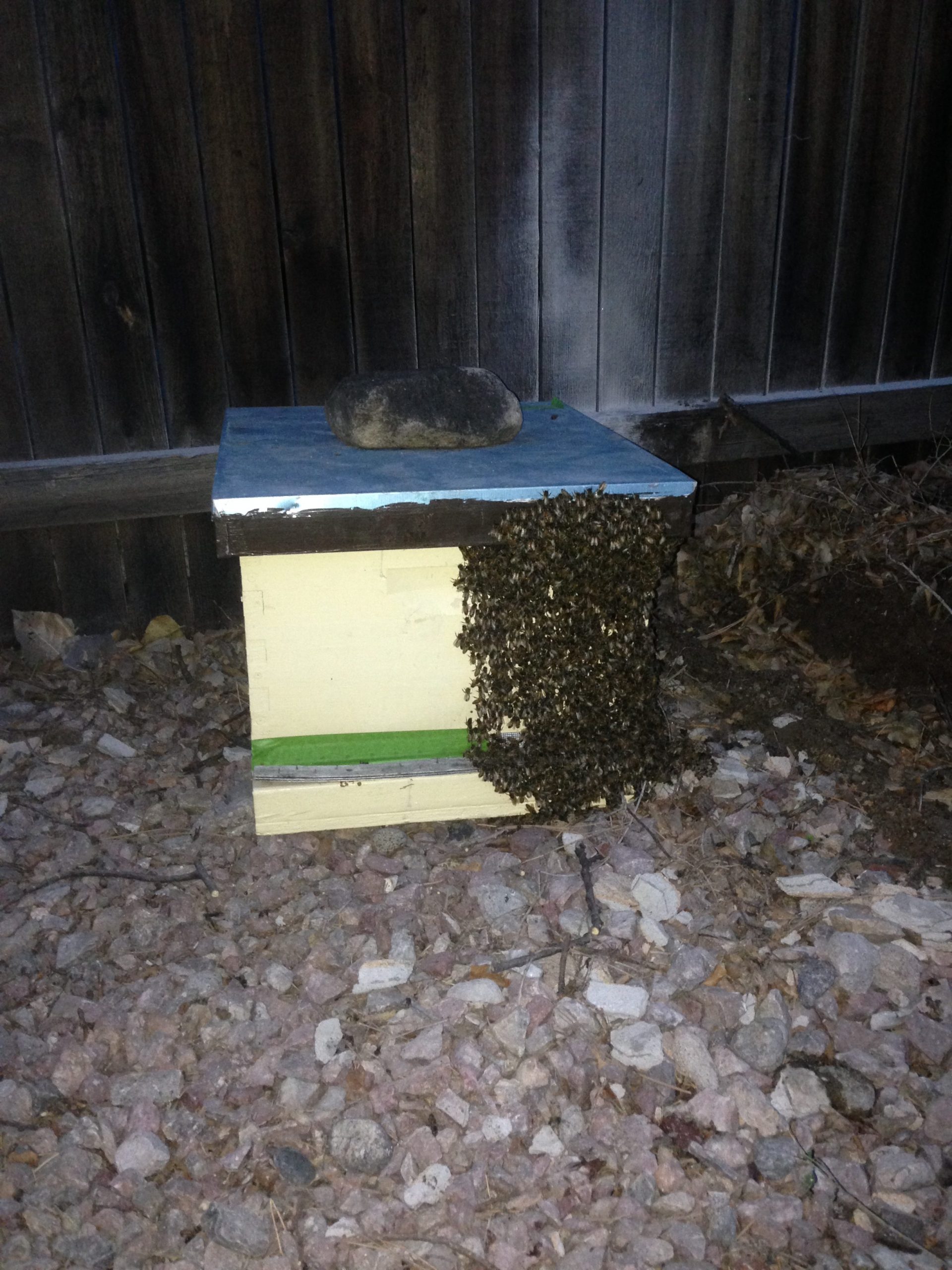 The Del Paz Crew was the first relocation of the season. The homeowner said that there had been honey bees in her stucco fence for at least four years. However, I am not certain if it was the same colony over the years based upon the newly drawn out beeswax in the bottom, but it is possible. This crew took their removal from the fence pretty gently. Each colony has their own demeanor based upon their genetics, and these ladies were well mannered for the most part.

Since the stucco fence was “rising” from the tree roots next to it, the homeowner wanted us to demolish it once the colony was removed. The fence was originally in an L shape, so we took out the side that had no bees in it first. This also helped expose actually how far down the colony was on the other side, but also made the fence unstable. To counter this we braced the wall with four by sixes and begin sawing through the stucco fence eventually exposing the colony. This colony was in full blown expansion mode, and had drawn out some new fragile white wax which the queen had already laid eggs in. This made putting them into frames a challenge, but we did get the majority of the fragile comb rubber banded into frames. For the remaining frames instead of using the old black drawn wax at the top of the colony, we put drawn frames from another colony in to fill in the box. Once the colony was removed we finished demolishing the wall and by then it was dark.  All of the bees still had not made their way into the box, so I left the box entrance orientated to their old entrance/exit of the fence. When I arrived very early in the morning to screen them in and relocate the box, every bee was in the box, for the most part.