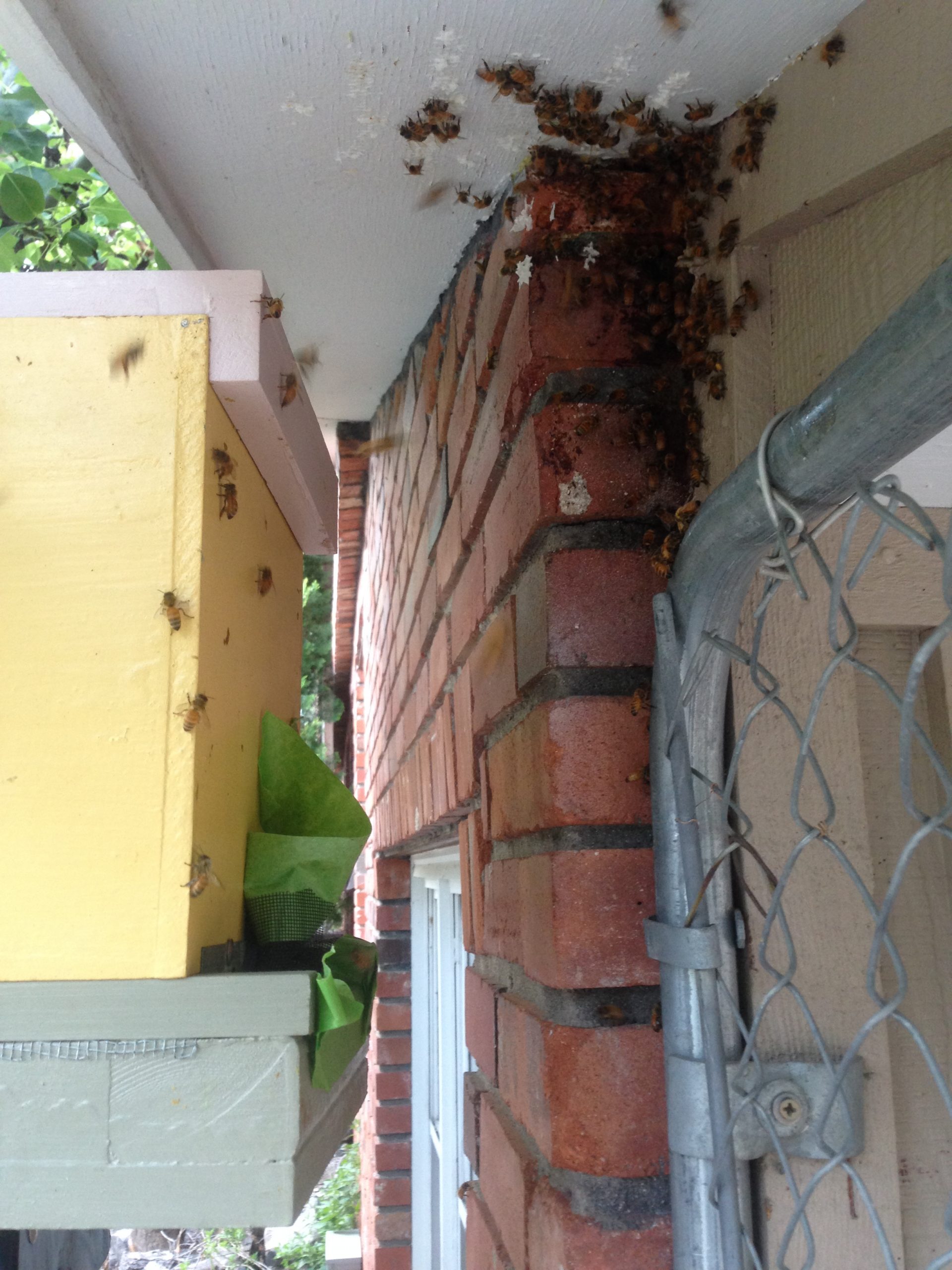 Much to my surprise I came across another Open Air Hive this year. When the homeowners called and reported that they had a swarm underneath their soffit, I asked them to send me a picture. The picture that they sent was definitely a swarm of honey bees hanging from under their soffit. When I arrived and began using a specialized bee vacuum on the cluster of bees, it became apparent that this swarm had already began drawing comb and making the exterior of this soffit home. So technically it was not a swarm, but a colony of honey bees. The colony had drawn so many new layers of pure white comb, I decided it would be best to transfer the bees and comb into a nucleus box. After transferring everything into a nucleus box Ryan Detert and I set the box on a ladder with the entrance facing the soffit where they began there colony. We strapped everything down to the ladder and left it there for a few days before retrieving it and bringing it to the apiary in Elbert, CO.