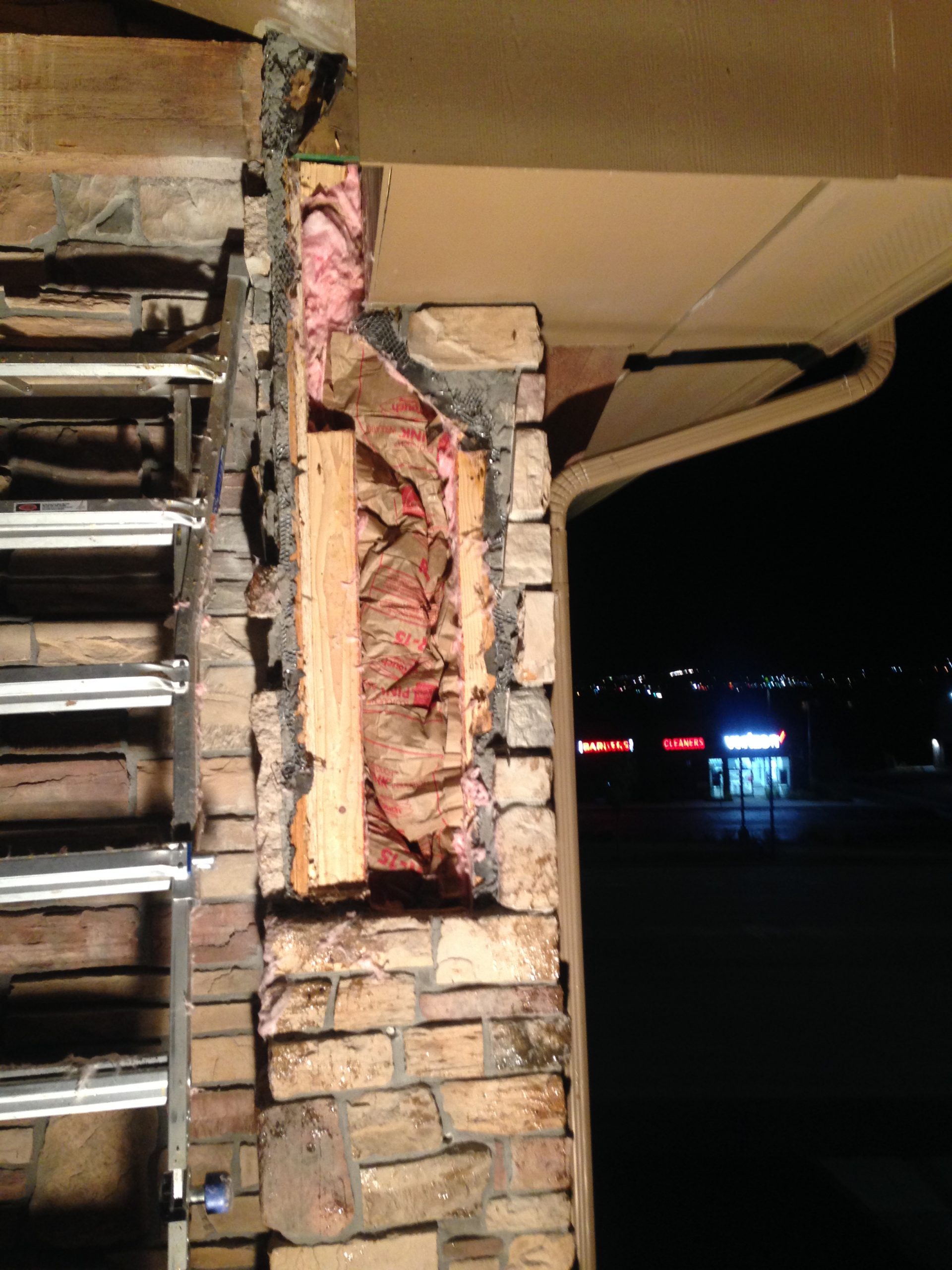 This colony was definitely one of the highest from the ground that I have ever worked on. This height brought on a new set of challenges, dangers, and required a boom lift to complete the job safely, as well as to get the removed hive down to the ground. Even though this colony was so far up in the tower, honey bees were still collecting in a first floor room through the ceiling. This is how Donna knew she had a colony somewhere in the building. I believe the bees were attracted to the lights in the tower clocks and the interior lights of the room, and once they followed them out of their hive became lost and trapped. Donna was certain that they were getting in the HVAC system somehow. I have my doubts on this one, but I am certain that the air blowing out of the vents helped contribute to the collection of bees in the room.

After she called several people to help her remedy the situation to no avail, she contacted me. The colony was somewhat elusive to identify where in the structure they called home. It took us several hours to find this out. After checking the inside framing of the tower, the outer soffits, and the walls we drilled a 3/8 inch hole into the mortar on one the protruded pillars. There we struck liquid gold and some bees came out to greet us. Once establishing how far down the pillar they went we began disassembling it. As this happened it became apparent that the crumbled mortar on the cross beam led the colony right into the pillar. After exposing the entire colony I like to put a catch bag at the bottom of the colony. That way any bees, honey, or comb that falls down before I have my hands on it is secure from following down to the bottom of the pillar out of reach.

This removal took many more hours than I had anticipated. This was largely due to the initial difficulty in locating the bees, size of the colony, and its distance from the ground. I learned that working from a roof is not fun and I have never been a big fan of heights anyway. However, we did finally get this colony relocated to the apiary in Elbert, CO.