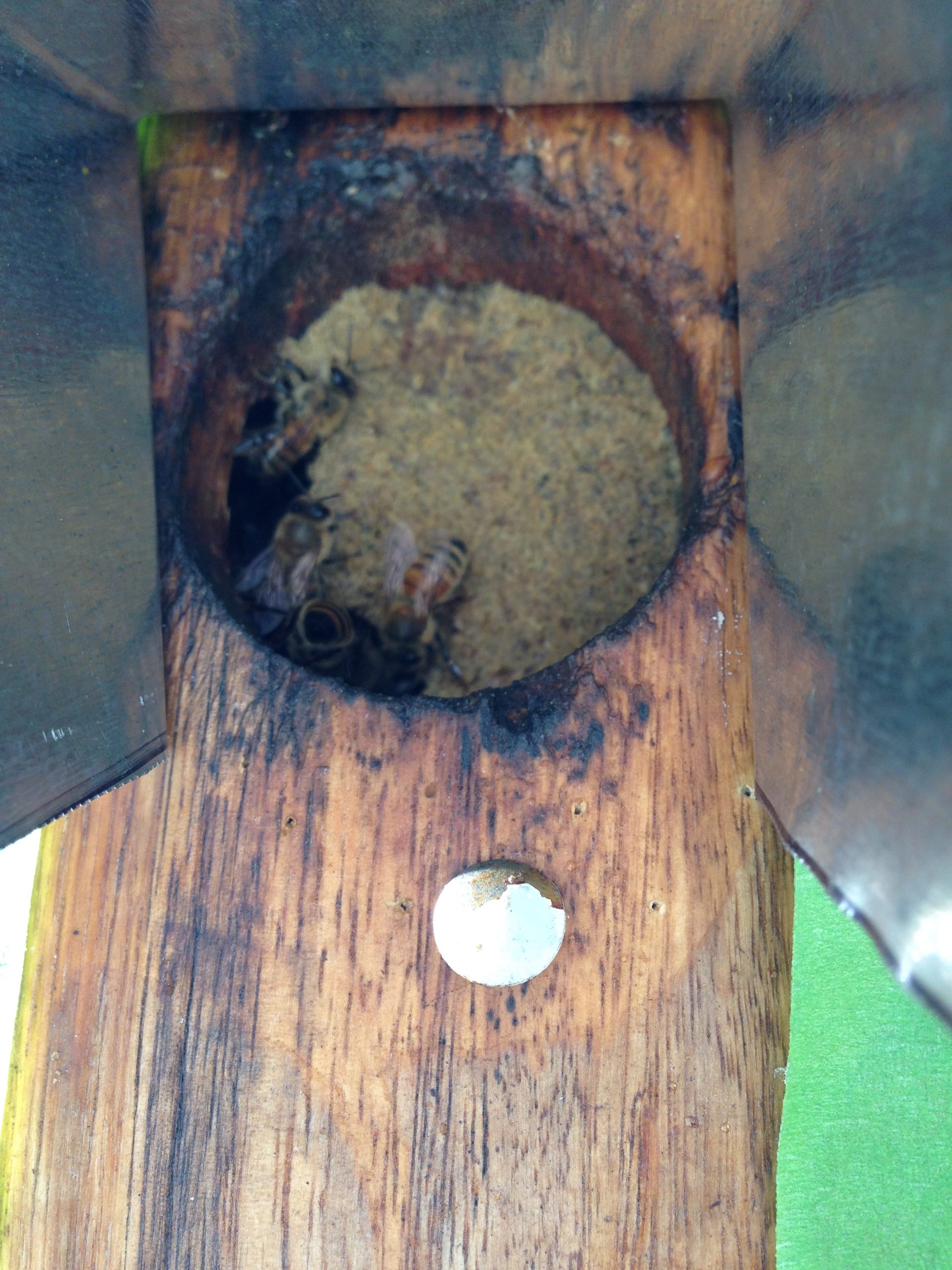 Earlier this season I received a call from a homeowner in North Colorado Springs named Whitney. She had a decorative barrel displayed on her front door step that was just to enticing for a swarm. Not sure how long it took for the scout bees to discovery it, but once they did it was decided that the barrel would be a suitable home to start their colony. The same day the bees descended into the barrel, Whitney called me for advice. I suggested to her since they just moved into the barrel and would not have any comb built, the easiest thing to do would be to just move the barrel into an apiary. I thought it would have been extremely difficult to get all of the bees out of the barrel with a bee vacuum because I could not see into the inside top where all of the bees were festooning, and the opening was so small. Therefore, the next possible thing I pondered and discussed was to cut open the barrel and then physically remove the colony with a bee vacuum and any small amount of comb that they had started to build. However, all of these ideals seemed labor intensive, may have killed the queen, and would have ultimately destroyed the barrel. Based upon this, I asked Whitney if just moving the barrel intact to an apiary would be a possibility. After discussing this ideal with her sister, I came over the next day with my friend Travis to move the barrel (it looked bigger in the picture she sent me, so I brought back up). We moved the barrel to the apiary in Monument.

As Fall approached the colony began to propolize the entrance to the barrel. My plan was to modify a cork in the entrance hole for the Winter and add a “roof” over the entrance. The bees beat me to my plan and almost completely shut off the entrance for Winter, but I still added the “roof” to keep out blowing snow and rain. If the colony survives their first Winter, I will have to make some discussions on what to do next with them. I love the ideal of them living in the barrel and having their drone genetics propagate other treatment free colonies. Of course, if I did this, I would never be able to harvest honey from the barrel (which I am okay with), but eventually the colony would fill the entire barrel of comb. When this happens a swarm is almost guaranteed.  I am okay with this too, because the apiary has multiple swarm traps in the trees, and hopefully the swarm would be enticed into entering one of them. However, I will have to wait to see what Spring brings.