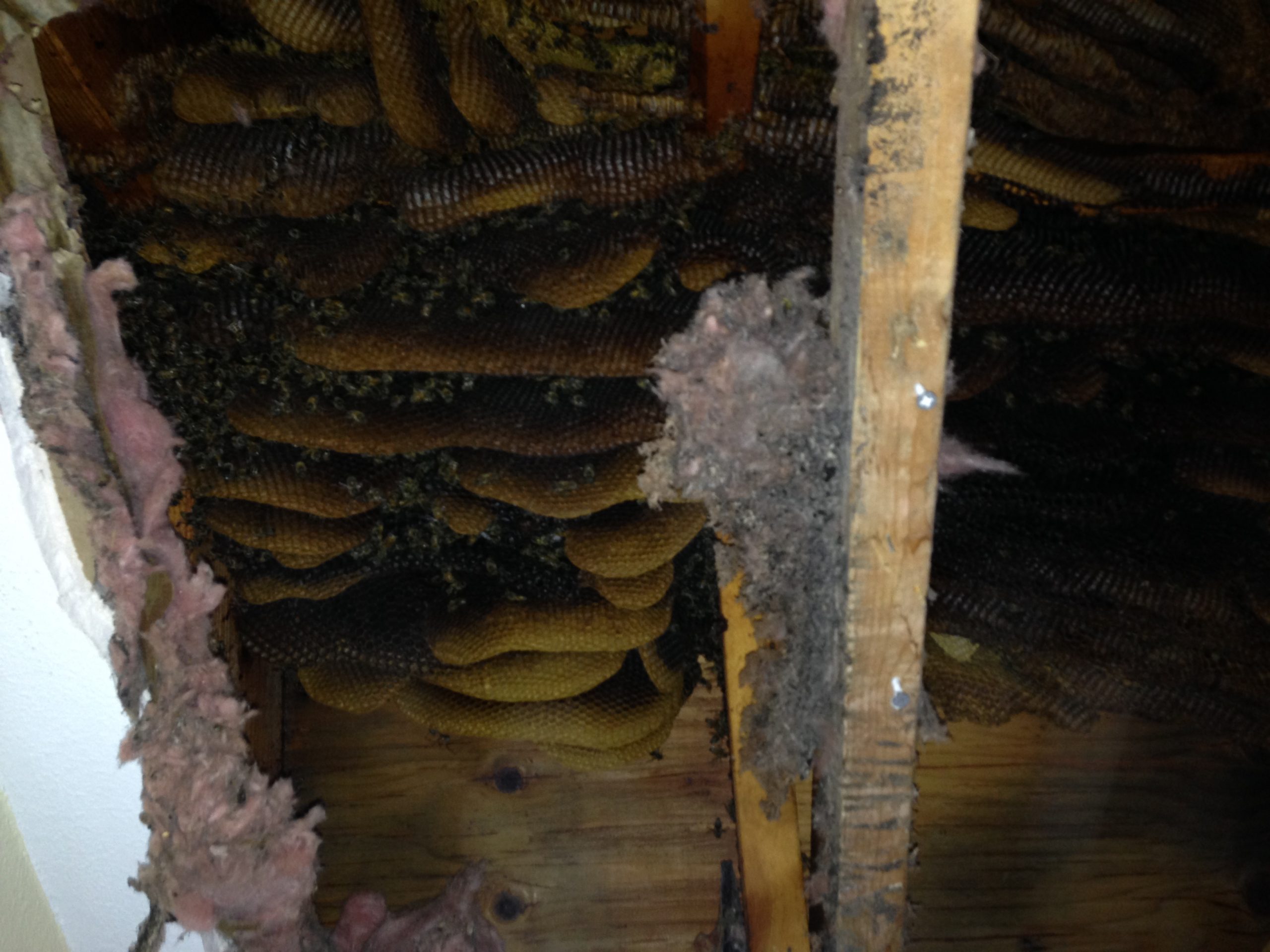 Three Graces Crew was the last relocation of the 2016 year.

The homeowners of this crew had known they had honey bees living in their structure for several years. I had been to their home previously, several years back, to discuss their situation. Back then one of the dilemmas was the height of the structure. We discussed setting up scaffolding or renting a boom lift.

This year we went further into the process of relocating the colony. We identified exactly where they were in the structure. Unfortunately, the colony was so deep into the interior, that we decided it would be way easier to remove them from the inside.

This is usually a hard sell for most homeowners. But, in my experience, always more economical. In most cases, its just more cost effective to patch a sheetrock wall (or roof in this case) than repair an exterior wall. One does have to set up a containment area for inside removals. But, even then, there is always an occasional bee or two that makes their way out of the containment area. This usually happens when we are traveling in and out of that area. I believe the thought and visualization of hundreds of bees flying in the room beyond the containment area, is what usually frightens most homeowners. However, this is never the case, unless the whole containment area were to fall down while we were relocating the bees. This has never happened!

On the day of the relocation, the homeowners had the containment area already set up. The sheetrock had a preliminary cut based upon the area the infrared-thermal camera identified the colony to be in. Once we removed the sheetrock and insulation, we were greeted by a few defensive bees. It was not surprising to see that the colony had utilized the entire cavity by building comb throughout. What was surprising to me, was how low on honey stores they were, for this time of the year, and the small amount of clustering bees. It seemed that there was a lot of built comb that was empty and not being used at the time. According to the homeowners, this colony swarmed earlier this season and that would have contributed to their current status.

When it was all said and done, Three Graces Crew only consisted of about three frames of bees, pollen, eggs, larvae, and two frames of honey. Due to removing them so late in the season, there size, and there lack of honey stores, it is unlikely they will have enough time to regroup and survive there first managed Winter. However, I shall spend the extra time and resources to help them out as much as possible along the way. This will probably include insulating the sides of there hive body. In the managed bee world, we call this babying them. 🙂