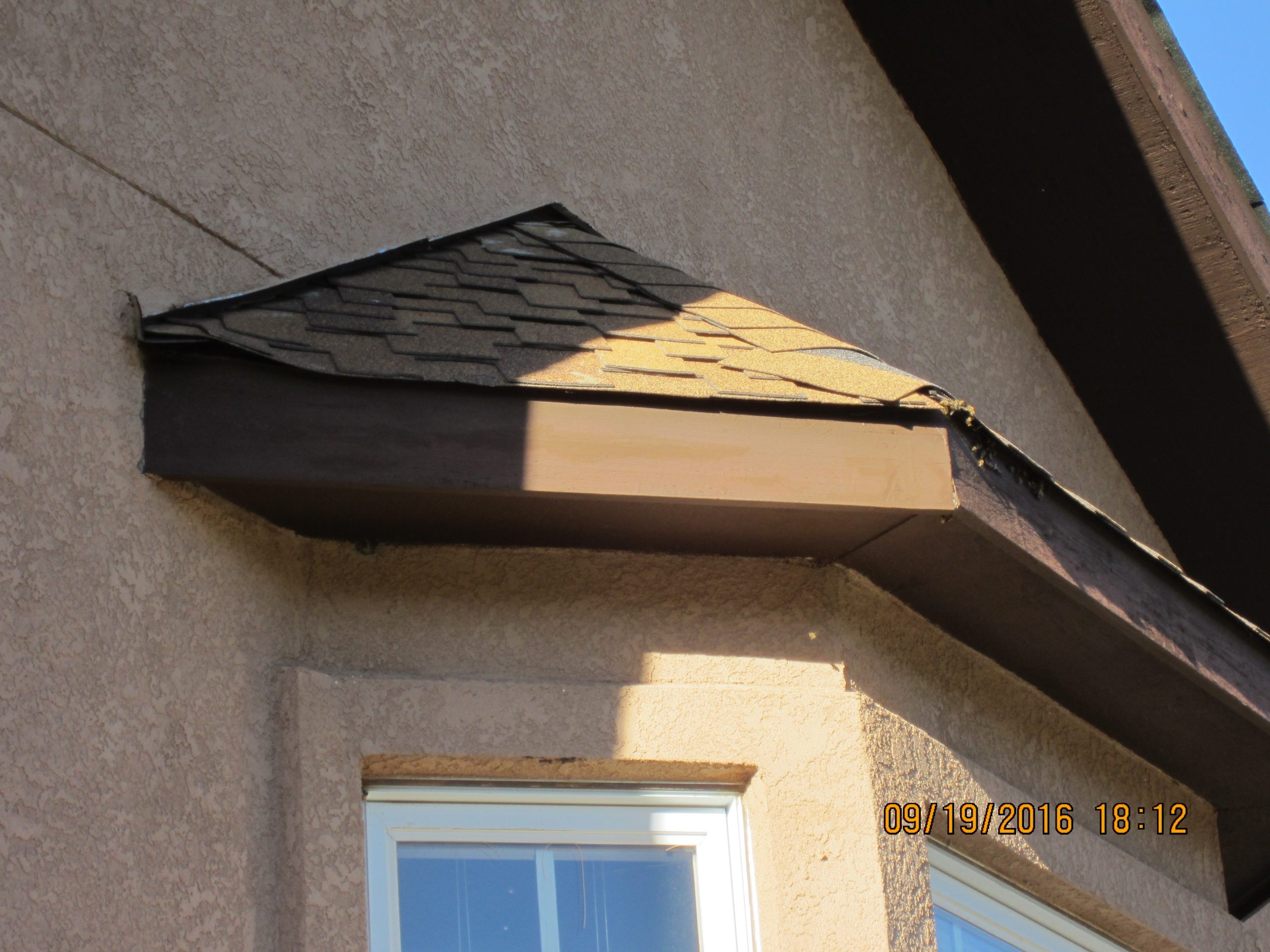 The Humm Crew is the first honey bee colony that we were contracted to relocate and, despite our best efforts, we were not able to save the colony.

Roofers, who were replacing the roof, notified the homeowner that she had a colony of honey bees living under her protruded eave. Due to there being a glass green house under the eave, and a minimal roof line next to this, it was decided that the only way to reroof that area, and relocate the colony, was to rent a boom lift.

Upon arriving, the lift was already setup and ready for use. We went up and attempted to find where, in the protruded eave, the colony was located. We used a bore scope and drilled additional small holes for it to fit through. After discovering that the colony appeared to be further in the eave, than we could see with the bore scope, one of the roofers (Wayne), went up on the lift and began forking the shingles off. Once the majority of the old shingles and black tar paper were off, we pealed back the plywood to find the colony.

What a surprise it was! Instead of building their colony horizontally, in the open cavity, they choose to build there colony vertically, in one of the smallest openings of the cavity. The cavity’s water vapor seal prevented the colony from going any deeper into the cavity. However, right before the seal, at least one side of the framing on one of the corner windows was empty (no insulation). Guess where the colony decided to build?

In the end, the homeowner decided their was nothing she could do to save the colony. Short of cutting into the stucco, between two of the windows where the colony was located, there was no access. This would have been the only option because of the framing of the windows and an interior removal would not have given us access to the colony.

Therefore, we removed what little comb, honey, and bees we could reach from atop of the colony. We left two suits for Wayne and his crew to address the rest of the colony and reroof that area. A sad day for all of us.