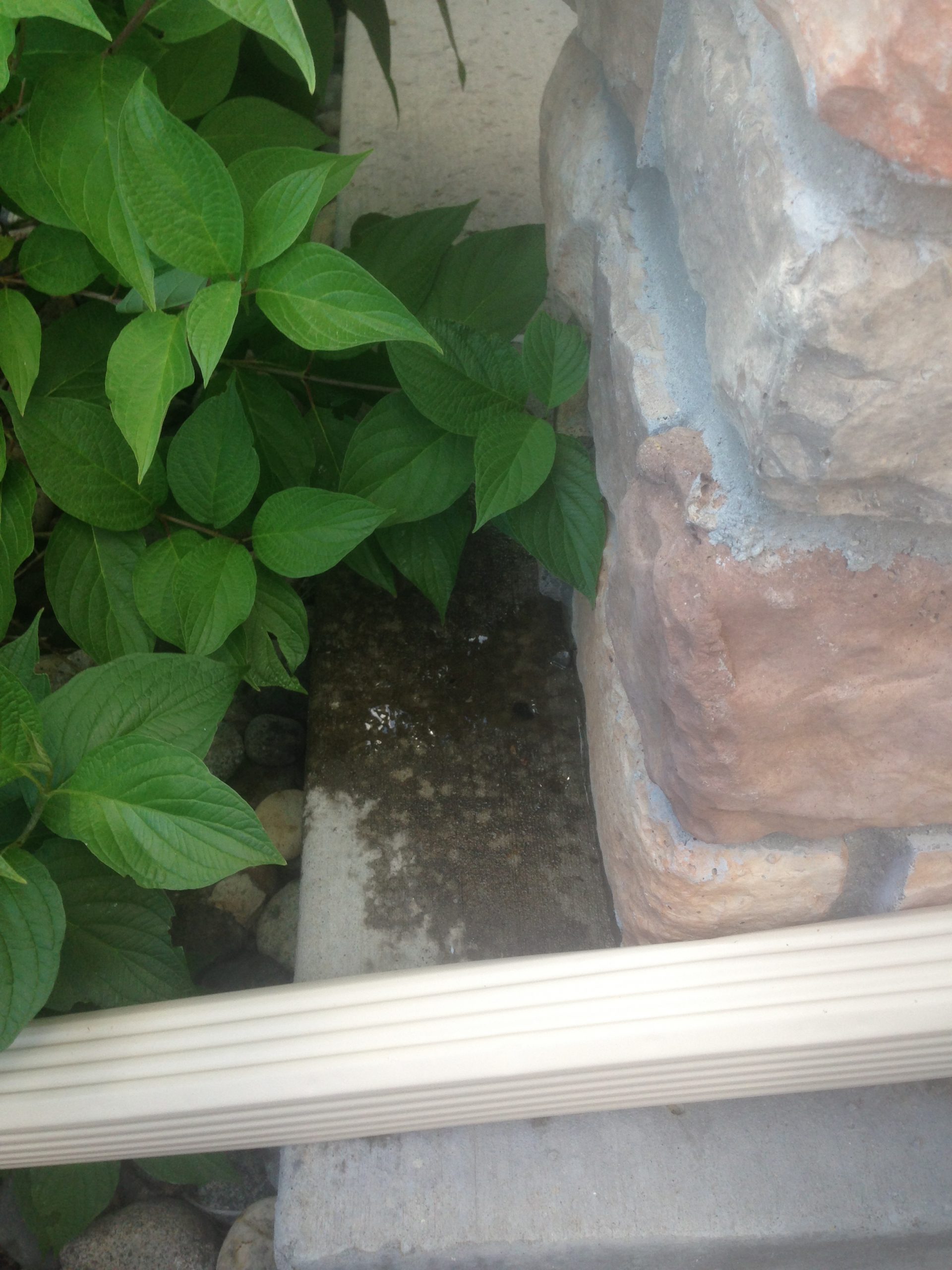 In my experience, working with HOA’s, townhomes, and apartment complexes can be challenging and put ones patience to the test. I believe this is because of the bureaucracy involved. Sometimes, everyone is not on the same page or communicating with one another. In addition, once the job is completed, it usually takes weeks to receive payment. Fortunately, once the ball got rolling, on the Scarlet Drive Crew, things moved swiftly thanks to the homeowner Bob and board member Chuck.

These ladies found a split in the cedar paneling leading into a pillar. This particular panel also had knots holes which the colony began to use as entrances and exits.

The Scarlet Drive Crew scouted this pillar and moved in around May of this year. They were in the pillar for approximately six weeks before we began relocating them. As you can see, it didn’t take them long to set up their multiple layer colony.

How quickly a honey bee colony can fill a cavity of wax, brood, nectar, and honey has several variables. One of which is the size of the initial swarm moving into the cavity. Obviously, the more bees that initially swarm into the cavity, the quicker they can work together to begin building wax cells and foraging. Another variable is the amount of nectar and pollen they can collect. The more it is available, the quicker the colony can expand.

This colony had plenty of nectar available, based upon the amount that was in their cells. Perhaps, one of the biggest variables is whether the queen has been successfully mated, or not, when the colony swarms into the cavity. If she has been mated prior to the swarm moving into the cavity, she could be laying eggs as early as that day. If she has not been mated, it will be an additional seven or so days before she lays her first egg.

Regardless, it is always a swarms first order of business to begin building hexagonal wax cells to have a place for the queen to lay eggs. And, a place to store pollen and nectar. These cells start off as white, when they are first produced. Over time, the cells turn to yellow, golden brown, dark brown, and eventually black from multiple uses. As you can see, this colony’s comb was mostly white (its most delicate state) and yellow.

The Scarlet Drive Crew was moved to a new out-yard in Fountain. There, they have been joined with seven other hives. They have managed to fill an additional two hive bodies and things are looking good for them going into Winter. However, the true test will be if they come out of Spring healthy and anxious to produce a honey crop.