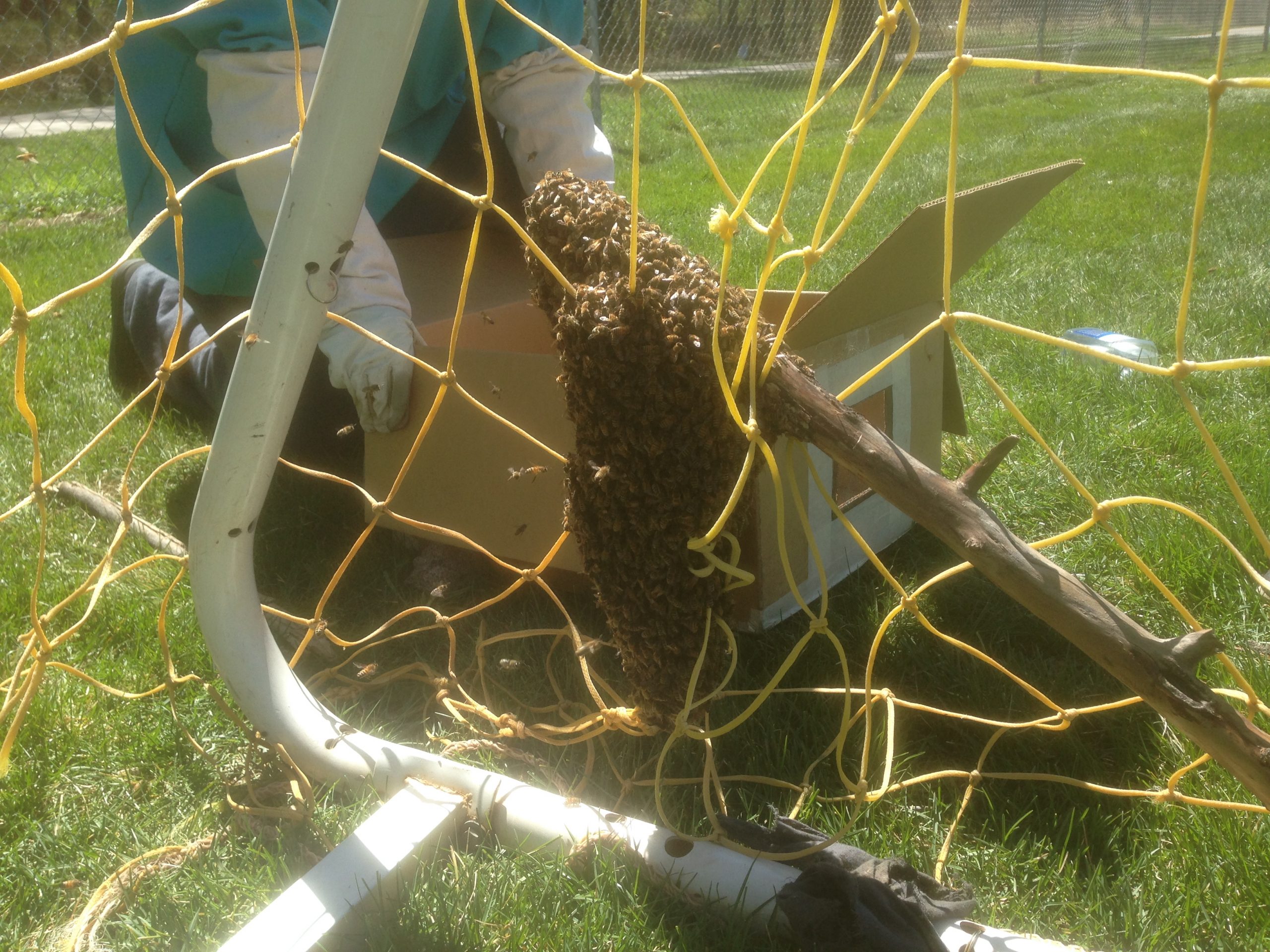 The swarm season of 2016 has been a very interesting one so far. Partially, because of where some of their majesties decided to stop. And, partially, because I am still trying to understand why some colonies are swarming, even though they have room to expand.

This is my first season as the swarm coordinator for our local bee club (Pikes Peak Beekeeper’s Association). Therefore, some of the swarm calls I receive are from beekeepers in the club. When a beekeeper, from the club, calls and I am the one who goes to assist them (there is a group of swarm collectors and I can field the call to them also), I always suggest that we go through the old hive. We need to look at the one they swarmed from, to see what’s going on inside.

One common theme of swarms, from these beekeepers, is their hives are swarming even though they still have extra space to expand the colony. This is somewhat abnormal. However, swarming is the natural way that Apis Mellifera propagates itself. In addition, only prosperous, healthy hives will swarm.

Once a colony of honey bees is in swarm mode, one can almost guarantee that there will be multiple swarms (from the multiple queen cells the colony builds) if no action is taken. For instance, last year I took a look at a colony relocation from a shed. The homeowners’ ultimately decided to just let the bees live in their shed. This year I have collected two swarms from this same colony in the shed. I am sure there will be a third.

I have come across some nice sized swarms, in some strange places, as one can see from the included pictures. I imagine we will be entering the second phase of swarm season once the weather warms up this weekend.