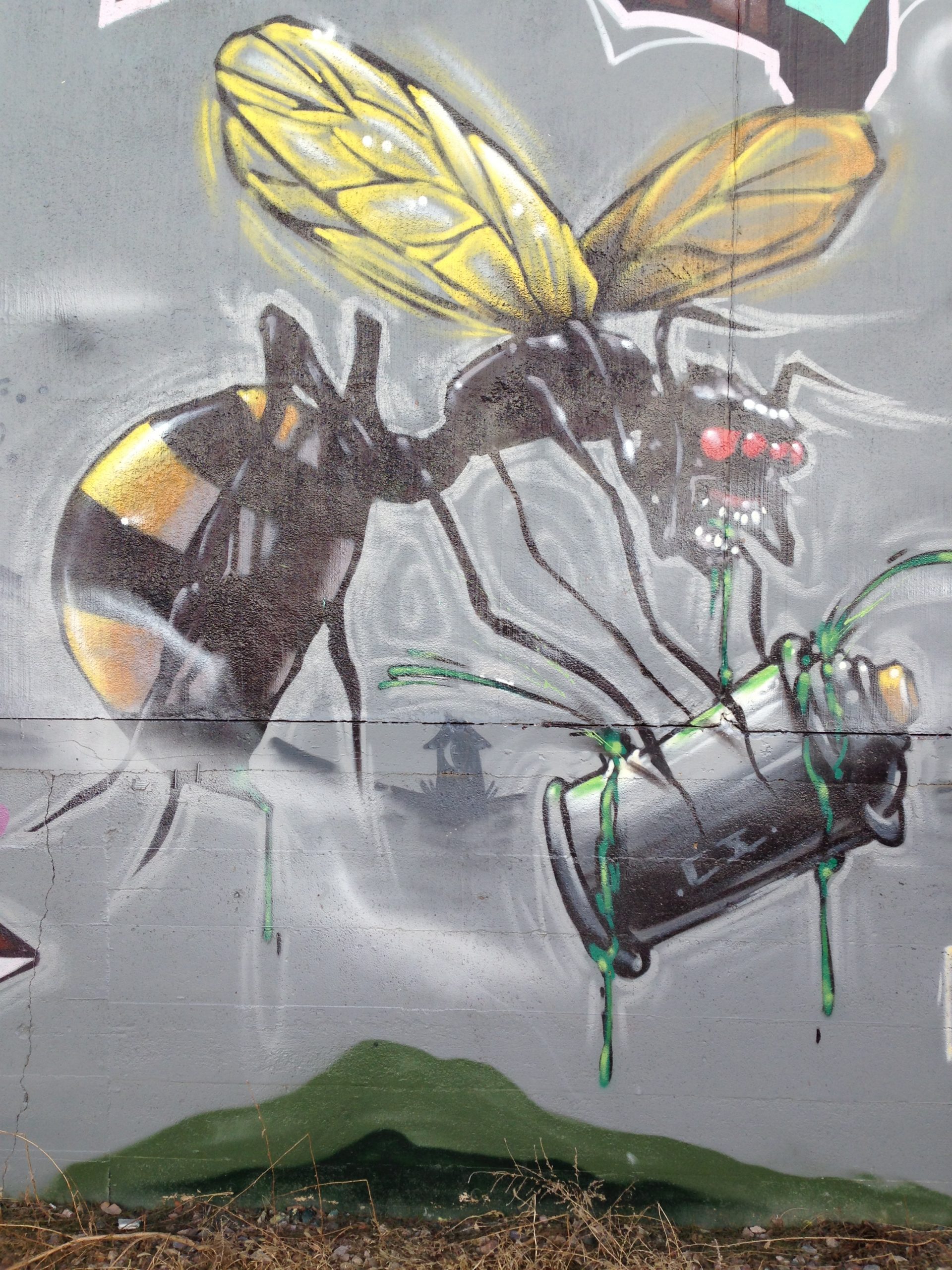 This Winter has been one of the warmest I have seen since living in Colorado! Who says global warming is a myth?

Again, this year, rather than trying to keep them warm, I put more emphasis and energy on making sure the hives were healthy and had plenty of honey stores going into Winter.

Therefore, the only hives I insulated were the nucleus colonies and colonies that occupied only one deep. I felt that these bee populations would benefit from having the foam insulation on the back and sides of their boxes. In addition, all of our hives have an insulated top cover on them year round. This keeps condensation from dripping down onto the Winter Cluster.

The smallest nucleus colonies this Winter are two deeps and several of them are three deeps. I will closely monitor there weight as Winter progresses and exchange any of their empty frames with full frames of honey before Spring. I don’t want them to starve!

We went into this Winter with only forty colonies. We came close to reaching last year’s goal of increasing our hive numbers to fifty. The main reason, we did not meet our goal of fifty hives last year, was the uptick in nucleus colony sales.

After putting time and effort into each of the nucleus colonies, it is always hard for me to see them leave our operation. But, I know the sale of these colonies help other beekeepers in their quest to become treatment free and to spread genetic diversity in their apiaries. Ultimately, how they decide to manage the nucleus is up to them, but sometimes knowing this makes releasing even harder. However, on the up side, these sales do help with the business side of things.

Going into this winter our hive numbers were higher than last years, but still slightly off our goal. Since we did not hit our goal from last year, I will keep it the same for this year. However, this year I am certain we will meet or surpass fifty hives by focusing on increases and holding on to more of our overwintered nucleus colonies. This year I hope to overwinter at least twenty nucleus colonies, which would be double from the previous year. So far last year, we have had great success overwintering nucleus colonies. We will be using some of these for grafting queens and Spring increases.

We also filled the new apiary in the Broadmoor area. We hope to have our first harvest from some of the colonies there this Summer. It will be interesting to compare the nectar flows (honey) collected in this area, to the nectar flows in Monument and the other apiaries.

In addition, once Spring arrives, I will be updating how particular hives are doing and giving an update on hive numbers and Winter losses. Hopefully, our Winter loss will be the same or less than last years, which was around 12 percent.