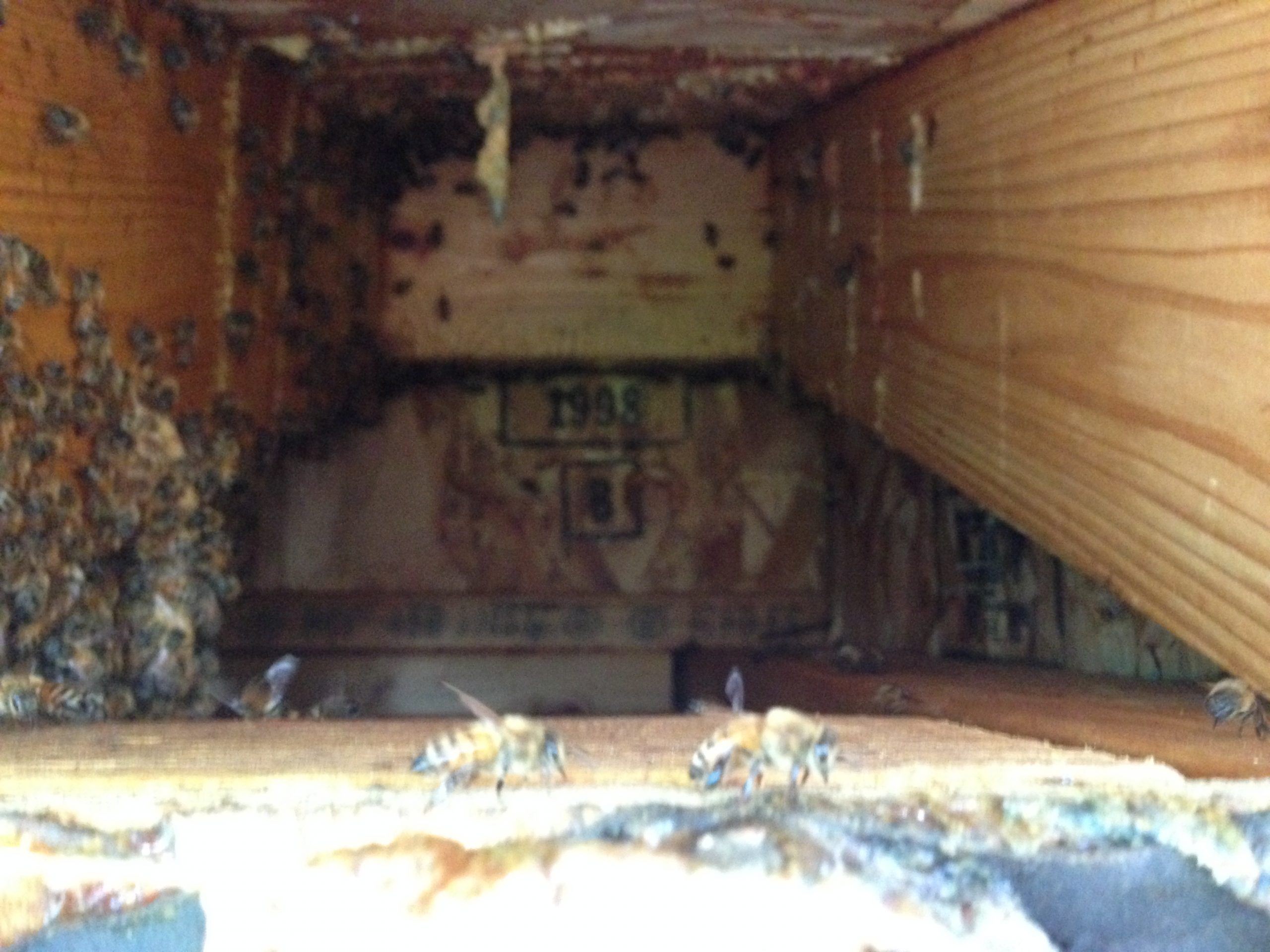 Locating hives in brick or stucco structures can sometimes be difficult. This Crew took me three trips to pinpoint exactly where in the structure they were located. And, none of my fancy tools helped locate them. Mr. Holland and I finally pulled off one of the fascia boards where we knew the bees were coming in and out. They were on the defensive from that point on.

Behind the fascia boards was a very large cavity. There was some insulation in the cavity, but it was all on the bottom of the cavity. Therefore, the bees started drawing comb right under the roof line, and stopped right before it touched the insulation.

Some removals are more difficult than others. Particularly, when they are in stucco structures, twenty-five feet off the ground, and the bees are trying to sting you the entire time. Even before the first fascia board came off, I knew this removal was going to be high up on the difficulty scale. In addition, the enormous amount of electrical lines, kept us on our toes as we cut into the stucco and pulled boards.

The homeowners informed me that this structure previously had a honey bee colony in it. The previous beekeeper, who removed them, just took off the fascia boards. I am not sure how they removed the colony, without exposing the entire hive, and suspect that the bees return are correlated.

Unfortunately, we had to cut out a section of the stucco wall to expose the entire hive and remove the colony.
In addition, to ensure another colony never calls this structure home, we filled the top of the cavity with insulation. Once this was completed, the wall rebuilding began. We wanted to ensure that there were no cracks or crevices for future scout bees to inspect. The smell a colony leaves in a structure never goes away.
It’s very important that the cavity be filled and sealed properly.

The Holland Crew was definitely one of the most labor intensive removals of the season. Getting the triple
deep hive down from the scaffolding was challenging. Jesus had an ingenious idea of roping it and lowering it
down. Guess who was on the first level of the scaffolding? And, eventually on the ground to stabilize it as it
touched down?