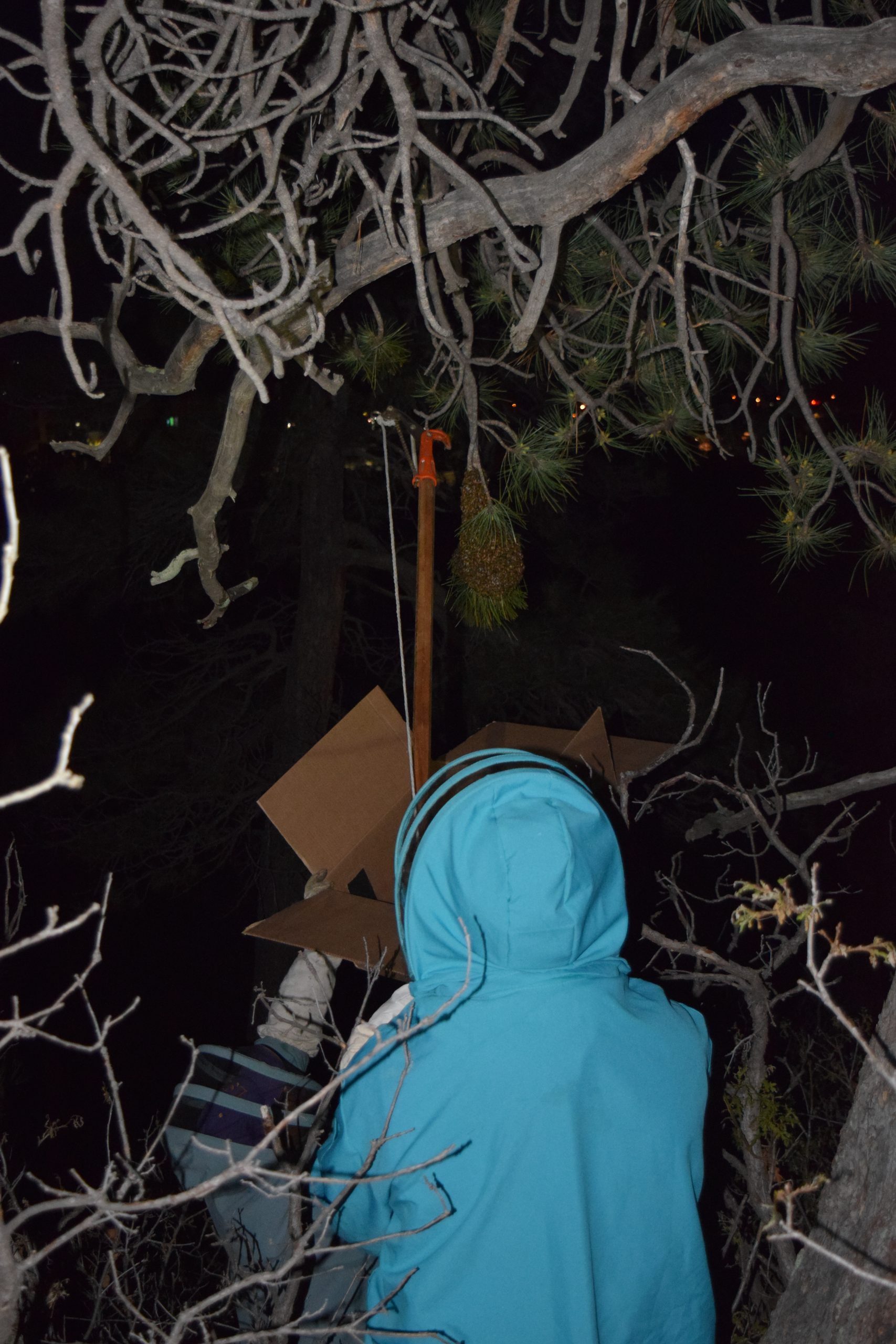 Hive 31 began as a call from Mr. Hogan. It was pertaining to a swarm that had been on his property for six or seven days. It doesn’t normally take scout bees that long to find a suitable location for their swarm. To have swarms hanging around that long, in the same spot, is atypical. However, their uniqueness didn’t stop there.

It was around eight o’clock when I received the call from Mr. Hogan. He and his family were ready to conquer the issue immediately, so I headed over to their property.

By the time we hiked to the back of their property, and got our game plan together, it was dark. By then the two separate swarms had became one. The swarm staying in one place, for that many days, was something I had never encountered or heard about.

Now, this was the first time I have ever wrangled a swarm at night. A big “shout out” and thank you to both of his sons and his wife: they hiked back for supplies, held flashlights, and assisted us. They worked quite close with no suits on!

Once the swarm was housed, they began expanding with a quickness. It helped that I had already put drawn out frames in the deep hive bodies. This gave the queen an almost immediate place to lay eggs and expand her crew. The hive is now on its third deep hive body and her majesty is still laying strong.