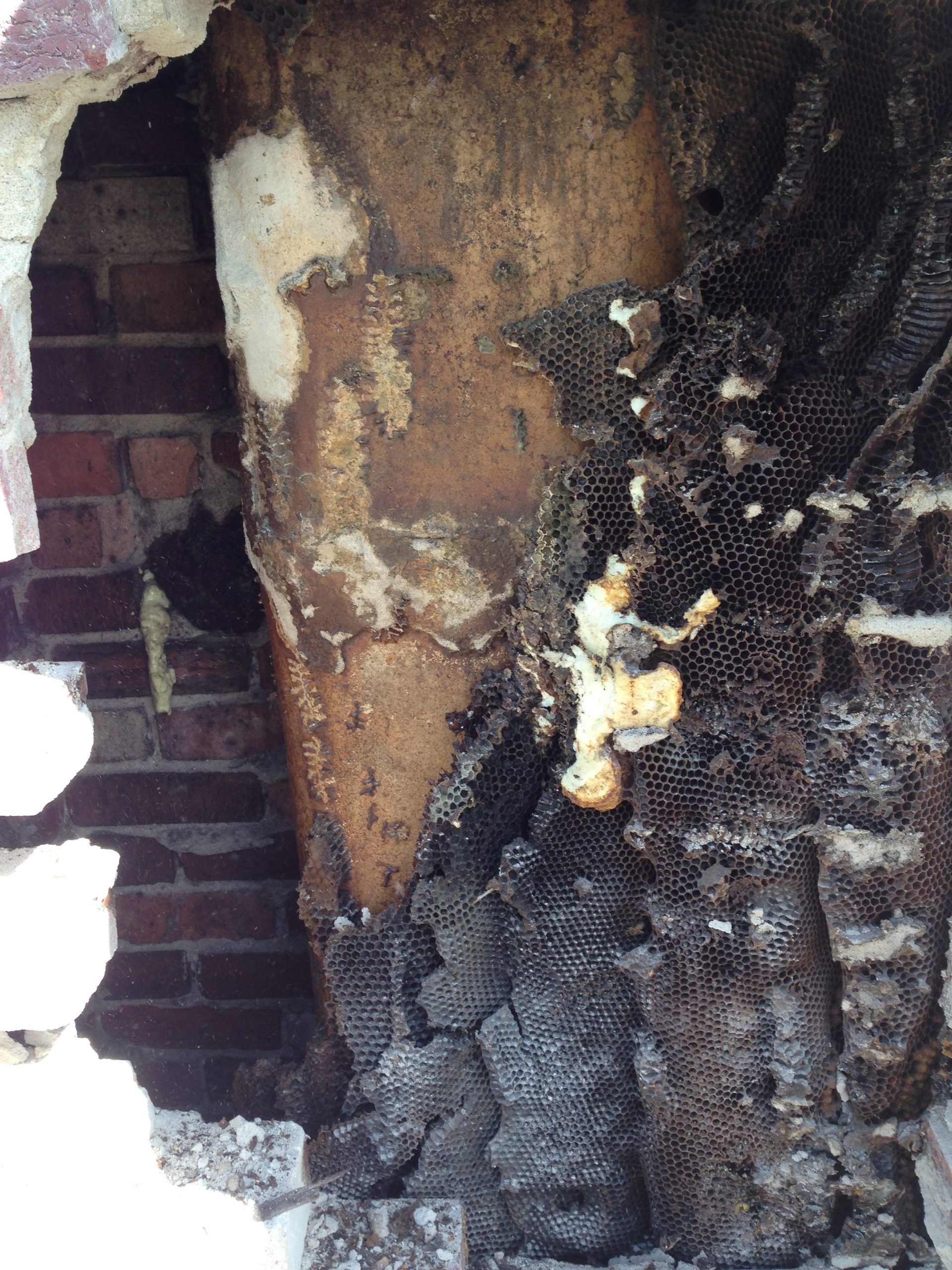 Unknowing to the new home owners, when they bought their new house, they also bought a honey bee colony in their brick chimney.

For whatever reasons, it was not disclosed to the buyers that there was a living colony in the chimney. It was apparent that someone in the seller’s loop knew. There was fresh spray foam and mortar where someone attempted to seal the bees in.

This never works. It only forces the bees to find a new way to get in and out of their hive: or forces them to begin chewing their way out. In addition, it could confuse them and in their attempt to get out of the hive, they could follow the lights and make their way to the inside of the house. Luckily, in this case, the colony found a new way to enter/exit the chimney where the roof line and the flashing met.

Based upon the color of the comb, it was apparent that this colony had been there for many years. Strangely enough, they only utilized the right side of the chimney around the chute. But the comb and bees packed the whole right side from the top to the bottom (which had a base five inches below the roof line).

This colony was the largest removal of the season thus far. It took three deep hive bodies to contain them all. Getting the colony down from the roof was not an easy feat. Thanks to my right hand Jesus (when it comes to removals) we managed to get the hive bodies off the roof, without tipping over or crashing to the ground.

Once the mortar completely dries, most will never know that there once was a living honey bee colony within the chimney. Since we could not fill the cavity, due to the nature of this structure, a yearly check will be needed to ensure that no cracks or crevices have formed to welcome a new swarm moving in.