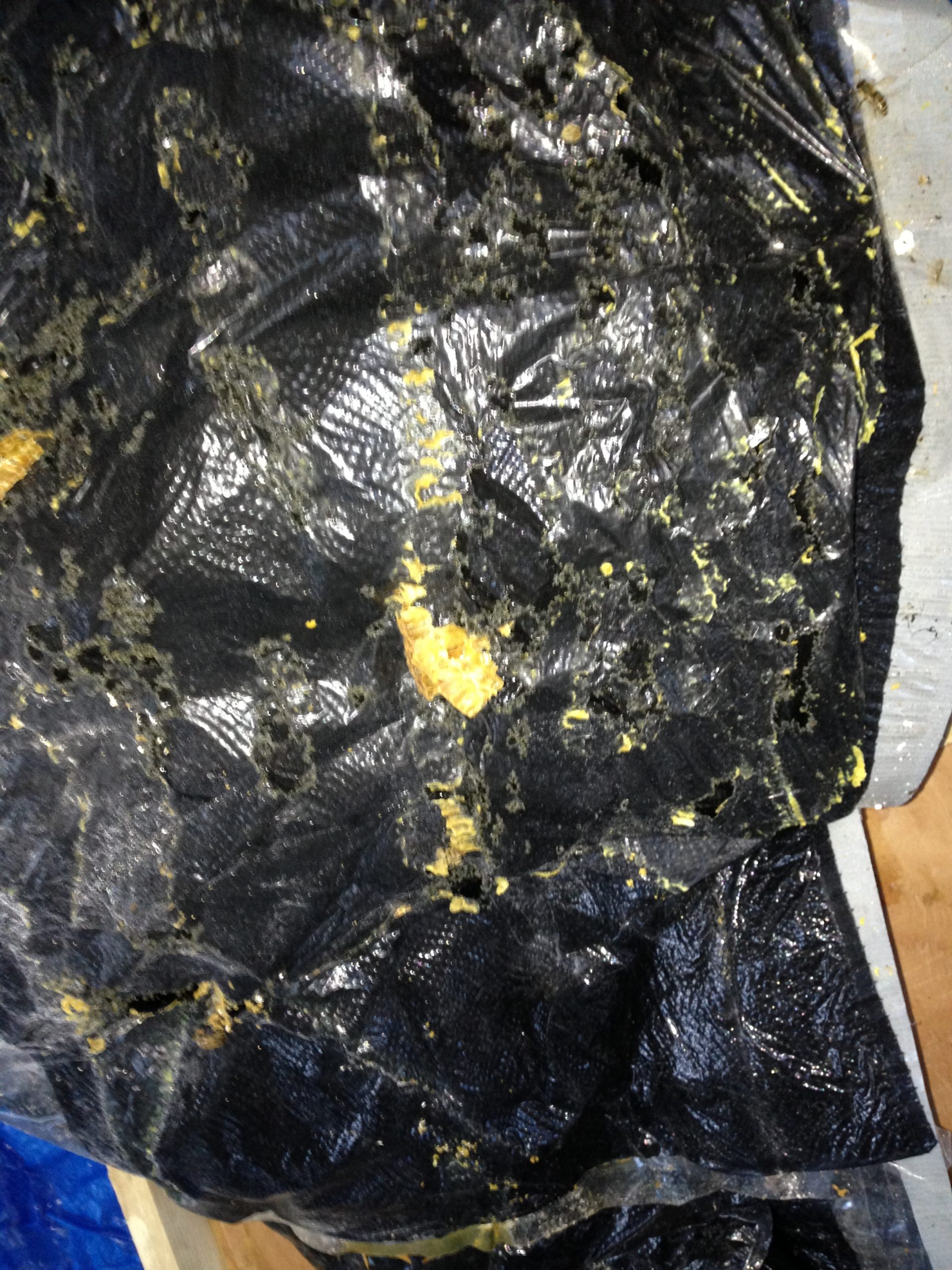 This crew moved in two years ago, when the previous tenants (woodpecker, squirrel, honey bee colony) were evicted, and the latter was relocated.

The homeowners never got around to filling the wall and permanently fixing the sheetrock, before a new colony moved into the exact same spot. It is extremely important that the cavity be filled immediately after a honey bee colony has been removed and relocated; the entrance/exit must be sealed.

The smell of the honey comb, wax, and propolis never goes away. It will always be an attractant for a swarm to move in. Therefore, it is essential that the cavity be scraped down and filled with insulation or another type of filler, soon after the colony is removed. If this is not done, one can almost guarantee that scout bees will find the cavity, where a colony once resided, and bring their majesty and the rest of her followers to reclaim the space.

This colony used holes in the cedar siding, created by the woodpecker and squirrel, as their entrance and exit. Notice that the previous tenants either removed or pushed down the insulation between the studs. This created the cavity in the wall for the colony to build in. It also appeared that, at one time, someone sprayed some type of foam insulation into the holes in an attempt to seal them. The black plastic that covered the sheetrock side of the cavity had some honey comb attached to it, and appeared to be chewed into by the colony. This was the first time I had ever seen this. I wonder what they were attempting to accomplish other than trying to get this stuff out of their hive area.

The Peregrine Way Crew was relocated to Larry’s apiary in Monument and becomes Hive#41. The homeowners, for this crew, decided to do their own repairs. For their sake, so they won’t be repeating this process again, I hope they took my advice on what to do, and have completed it already.