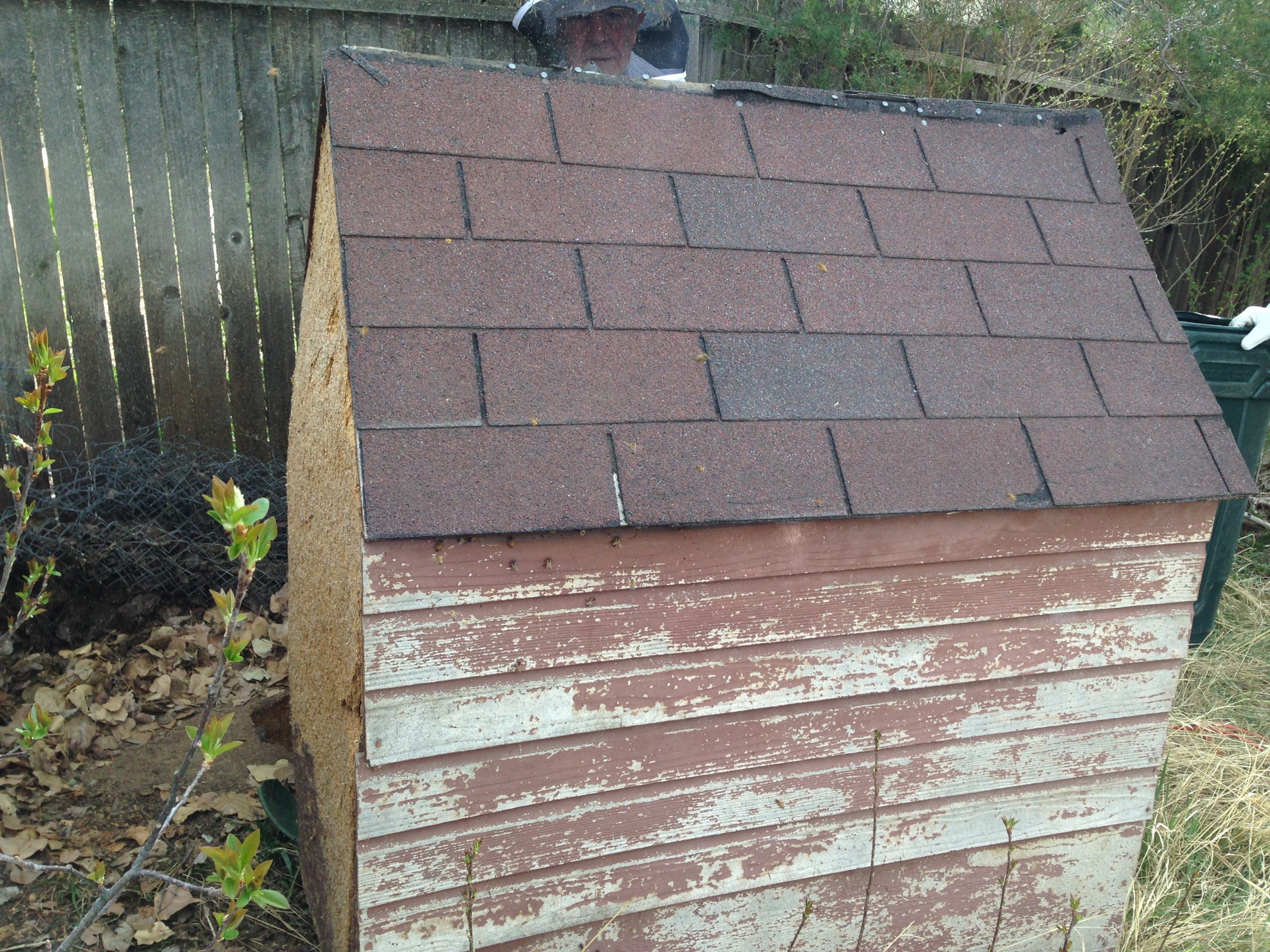 This Crew was the first honey bee colony removal for the year: it is also the first removal we have done from a dog house! The homeowners knew that the colony had been residing there for at least three years and had planned to remove them last year. But, it got late into the season, so they decided to wait.

Sometimes, this is a difficult decision to leave a colony another year. But, as the Summer season draws to a close, it becomes a wise one. It is stressing enough on a colony to be relocated from the warmth and familiarity of their dwelling. To add in a shortened time for them to restore the hive, before the first frost, decreases their odds of surviving the whole ordeal.

Another benefit of waiting until Spring is the ample amount of blossoms available for the colony to forage on. With ample food, they can begin the process of bringing their colony back to order. In addition, it is also possible, by waiting until the Spring, that the colony does not survive the Winter. If this is the case, I would still recommend opening up the cavity and removing the dead colony and its honey comb. This prevents future occupation from a new swarm or infestation of other critters. One of the biggest differences, in a hive removal that does not survive the Winter, is one doesn’t have any live bees inspecting them as the honey comb is being removed.

This particular hive not only survived their third winter, but her majesty had begun laying eggs very heavily. Luckily, the homeowners did not own a dog. So the dog and the bees did not have to contend with one another. However, the colony was not the only residents of the house. The warmth of the insulated sides and top, as well as the possibilities of unlimited free food, brought rodent roommates.  It appeared that the colony did have to contend with mice. How many I am not sure, but they left a smell that I will not soon forget.

Fortunately, there was only one section of comb that was damaged and unusable. Everything else was transferred into a hive body and moved into Larry’s apiary. I thank him for his knowledge and assistance with the move. As well as, the homeowners who were suited up and were hands on in the removal process. I will be out this week to his apiary to see how this hive is adjusting to their new environment.

Update on Hive 32. They have accepted their new digs and a third deep has been added.