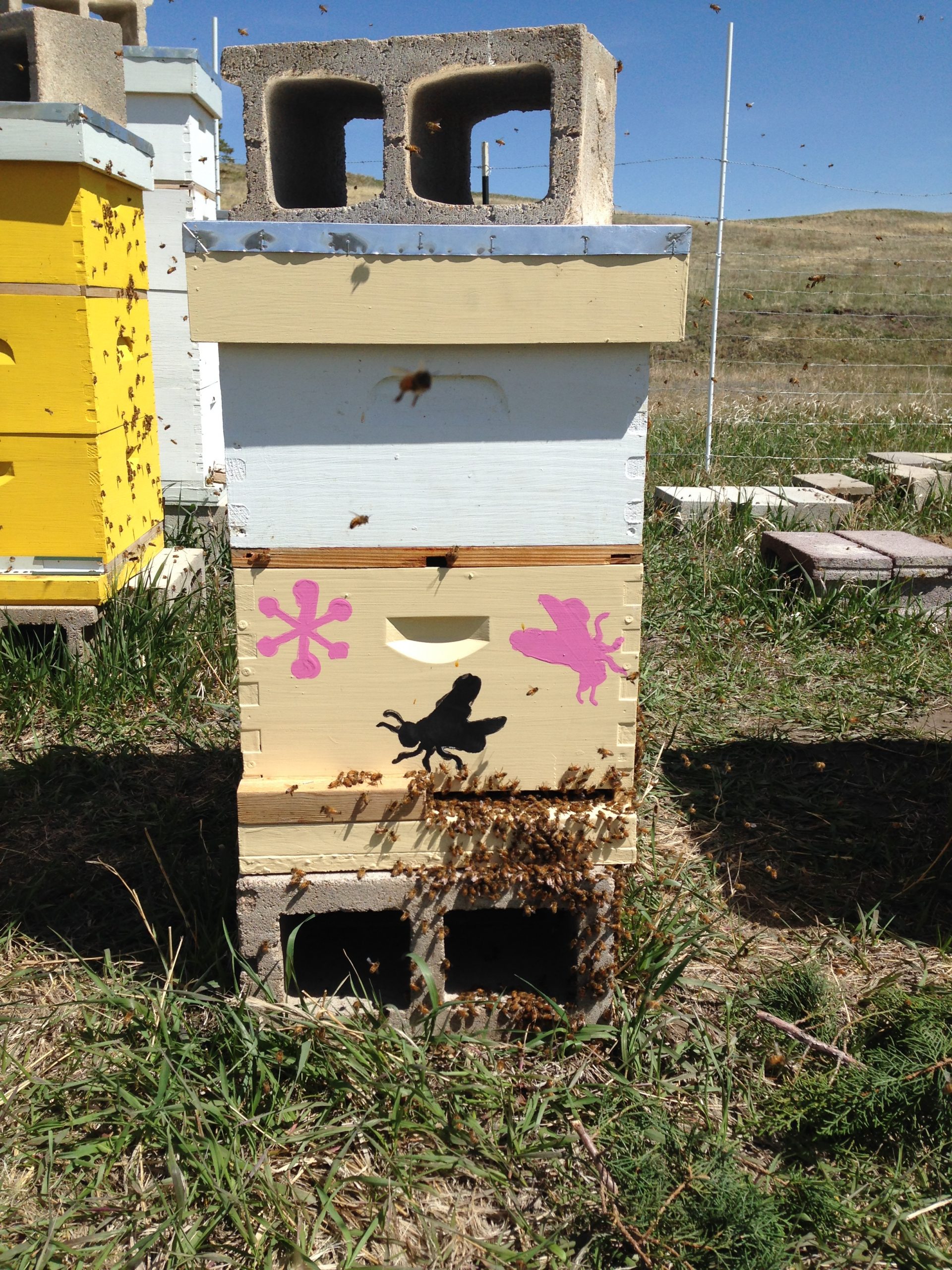 Last year’s Winter proved to me that wrapping hives with tar paper and/or strapping foam insulation on the sides are not necessary and overrated. Not that I did either of these to any of the hives in the apiary, but many beekeepers do. The way I figure it is this: if hives can survive the Polar Vortex of last Winter, without wrap or insulation, they can just about survive any Colorado Winter without them. I think more emphasis and energy should be placed on making sure the hives are healthy and they have plenty of honey stores going into Winter, rather than trying to keep them warm. Sometimes, for me, that means not harvesting honey from certain hives in the Fall. Then waiting to see how much (if any) of the stores are left in the Spring. Therefore, again this year, I did not wrap or insulate the hives for Winter. I made an exception of four baby nucleus colonies. I felt that these bee populations would benefit from having the foam insulation on the sides. In fact, one of the nucleus colonies only had four frames of bees going into Winter. As of today it is still alive. But, I am sure I will need to exchange some of the empty frames with full frames of honey before Spring; I don’t want them to starve.

It has been a mild Winter here in Colorado compared to last year. So far this Winter the temperatures have been up and down. Beautiful 50+ degree sunny days followed by several days of snow and ice. As the month of January comes to an end, I am happy to report that we have only lost two hives (Number 4 and Number 9). However, prior to Winter and due to predators of the four-legged kind, several hives were lost in the new apiary in Elbert, Colorado. It took me a while to figure out what was going on and to address the issue. But, by then, four hives had become victims. They eventually succumbed to the imbalance that was put upon them and they eventually reached their demise.

We fell short of our last year’s goal to increase our hive numbers to fifty. This was mainly due to the overwhelming need to relocate hives from private homes. These can be extremely time consuming. Especially if we do all of the repair work and remove the bees from the structure. In turn, this took me away from managing the hives in the apiary and raising more batches of queens. However, going into this winter our hive numbers were still slightly higher than last years, twenty-five in all. Since we did not hit our goal from last year, I will keep it the same for this year. I expect to meet or surpass fifty hives by focusing on increases. We will still remove and relocate hives from structures, but schedule them so that our hives, in the various apiaries, are still well-managed.

This coming year, we hope to overwinter at least ten nucleus hives. Then, we’ll be able to sell a few overwintered nucleus colonies in the Spring of 2016. So far, this year, we have had great success overwintering four out of five nucleus colonies. We will be using these for grafting queens and Spring increases. We also have a new apiary to fill, that is close to the Broadmoor area. It will be interesting to compare the nectar flows (honey) collected in this area, to the nectar flows in the Black Forest. In addition, once Spring arrives, I will be updating how particular hives are doing and giving an update on hive numbers.