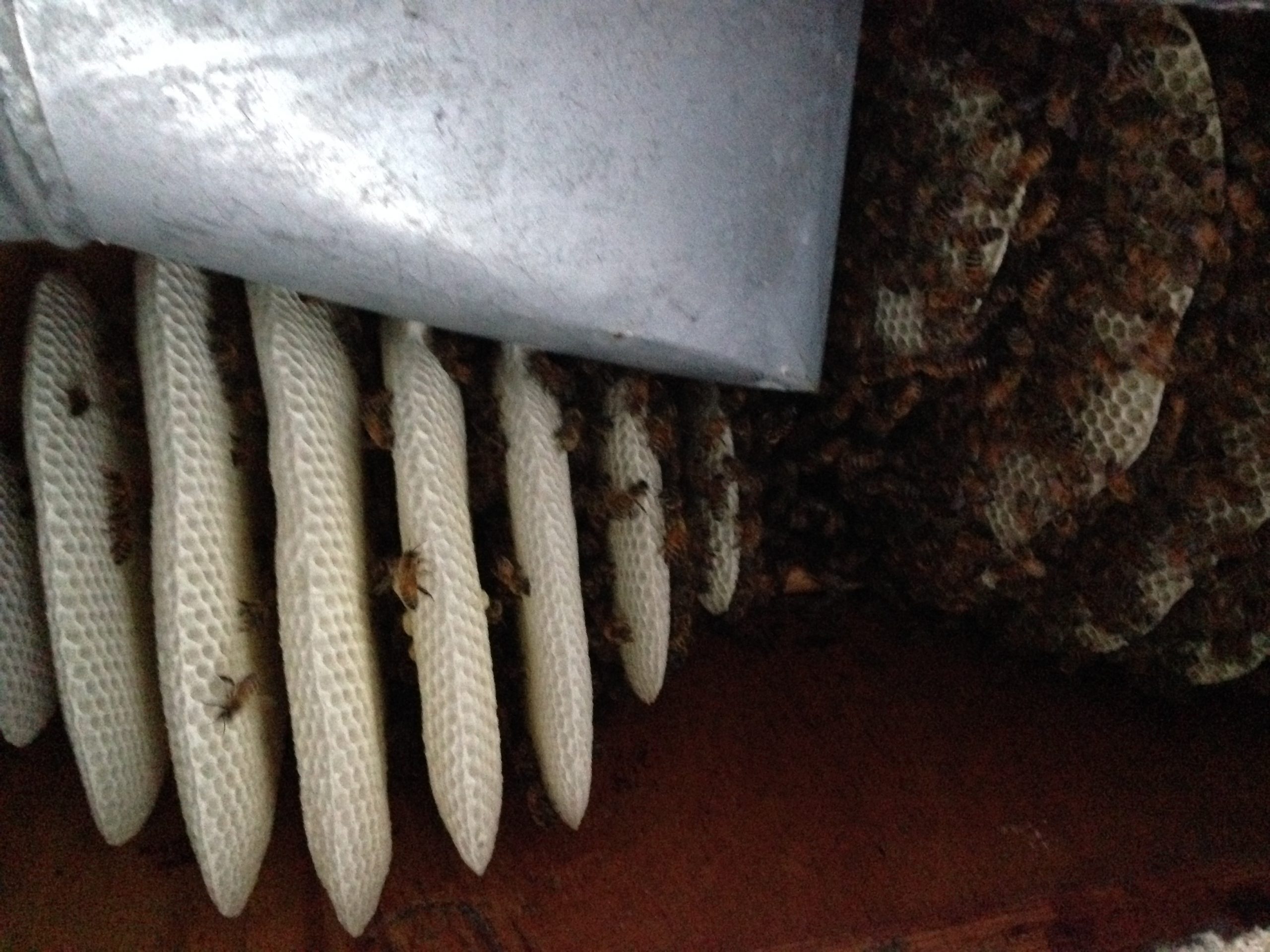 This Crew began descending on Mr. Gee’s home while he was out of town. Luckily, he had someone taking care of his home and pet while he was away. She quickly noticed that a swarm of bees had moved in around the dryer vent and she contacted us.

Although we knew they were coming in and out around the dryer vent, there was no way of telling, once in, whether they were building their comb down the wall or the floor. After scanning the walls and floor, with an infrared thermal camera, it became apparent that they had built their comb between the first and second floors.

In this case, it was more economical and frankly less work, to go through the ceiling of the first floor. To go in from the second floor required pulling up carpet and padding, and then cutting the wooden floorboard to access the colony. In addition, if we had gone through the floor of the second story, it would have been extremely difficult to cut the comb attached to the heating and cooling ducts.

Most homeowners cringe of the thought of an inside removal. But, in many cases, it is the only choice we have to remove the colony. We always set up a containment area when doing removals from inside the home.

A containment area consists of: tarps on the floor to collect dripping honey, comb pieces that fall, etc. and 3ml plastic hanging from floor to ceiling to keep angry bees within the work area and out of other areas of the house. When we set up these containment areas, it always reminds me of one of my favorite childhood movies, E.T.

Some homeowners want us to repair everything we had to undo to remove the colony; Mr. Gee was one of those homeowners. The day after removing the colony, we vacuumed the remaining stragglers who avoided us the first day, and began the ceiling repair.

As we give a one year guarantee that a colony will not return to their previous home, we always take the necessary steps to ensure they will not return at all. In this case, we replaced some deteriorating insulation where the bees had their honey comb, and filled the space around the dryer vent with liquid nails.