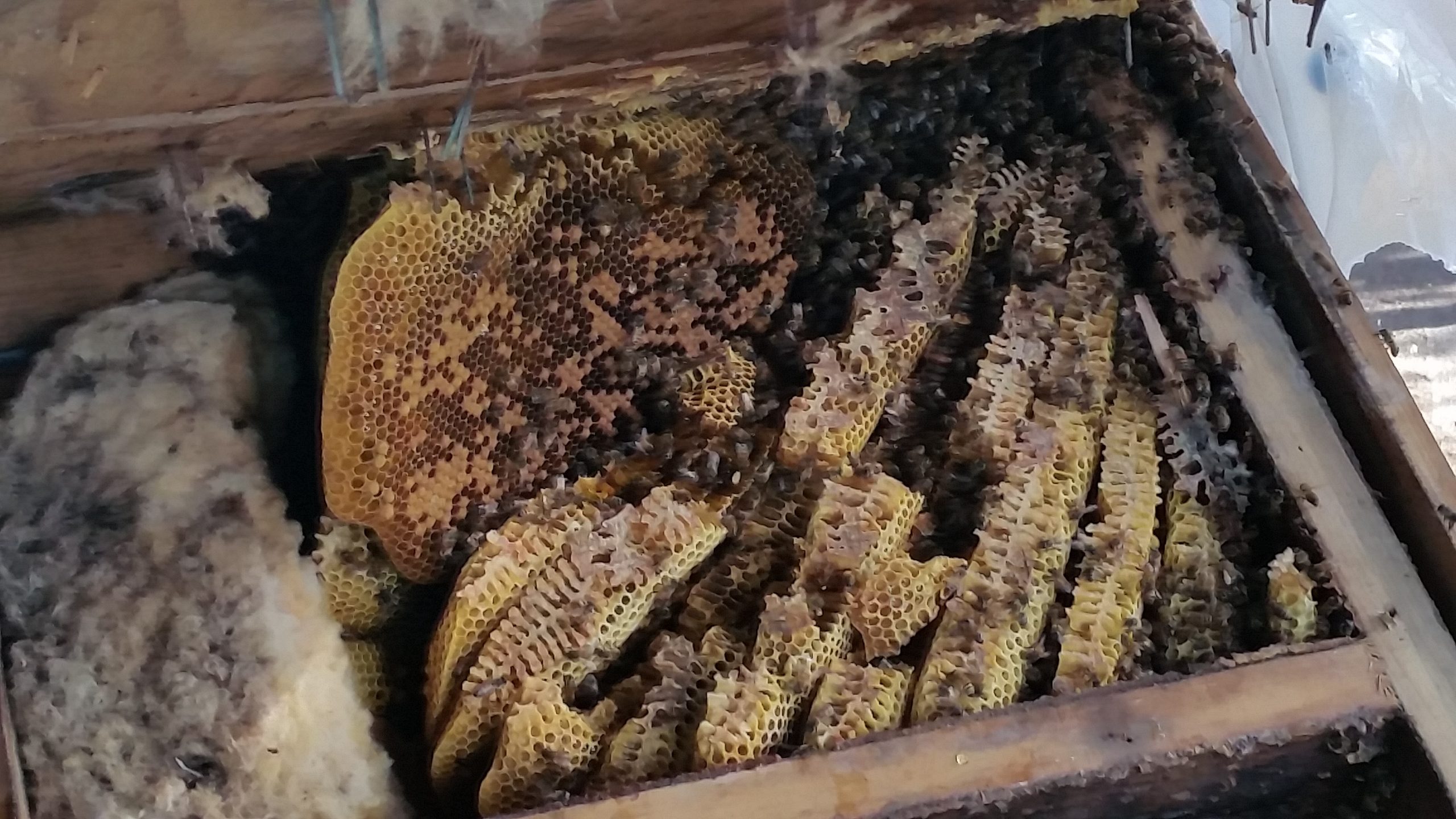 Jerry Turley contacted us about honey bees collecting in their well lit, hot tub room and becoming trapped there.

The room’s walls and ceiling were tongue and groove. Neither one of us were too excited about the possibility of trying to disassemble them. It takes a lot of patience to do this correctly. Even then, there is the possibility that some of the wooden planks will chip or crack.

We started by trying to locate the colony with an infrared thermal camera with no success. So we went up on ladders, and inspected their entrance/exit, to see if we could get a better idea of their location within the structure. After prying a few boards off the soffit, it was discovered that the colony was running down the roof.

This was a first for me. I have never seen, or removed a colony, that had established their home down the roof line. They found a small square void in the insulation and began building there. This was such a small area that I am certain this colony had swarmed before.

Fortunately, for the Turley’s, they were having their roof replaced during this time. The roofers removed the shingles, and Jerry removed the black tar paper and nails. Afterwards, Jerry, his neighbor, and I pulled up the piece of plywood above the hive and began relocating the colony.

I’ll be the first to tell you that I am not a big fan of heights, roofs, ladders, or scaffolding. Add some rain in the mix, and it can become extremely dangerous. Needless to say, as the removal was coming to an end it began to rain. The three of us managed to get the hive body, filled with its new occupants, off the roof and down the ladder, in one piece, without slipping off.

Soon afterwards Mrs. Turley brought us dinner, thank you again, and we reminisced about the days activity. Jerry and his neighbor were naturals. One would not have known that they hadn’t relocated bees before.  After loading the hive into my truck, Jerry went back, on the now very slippery roof, solo and replaced the void with new insulation, nailed the plywood back and sealed the crevices around the space. This will ensure that no future colonies will call this home.

To date, The Stella Drive Crew is doing well. The queen cell was not damaged in the transition and she ate her way out of the cell. This colony was moved out to the Black Forest and I look forward to seeing how well this crew does over time.