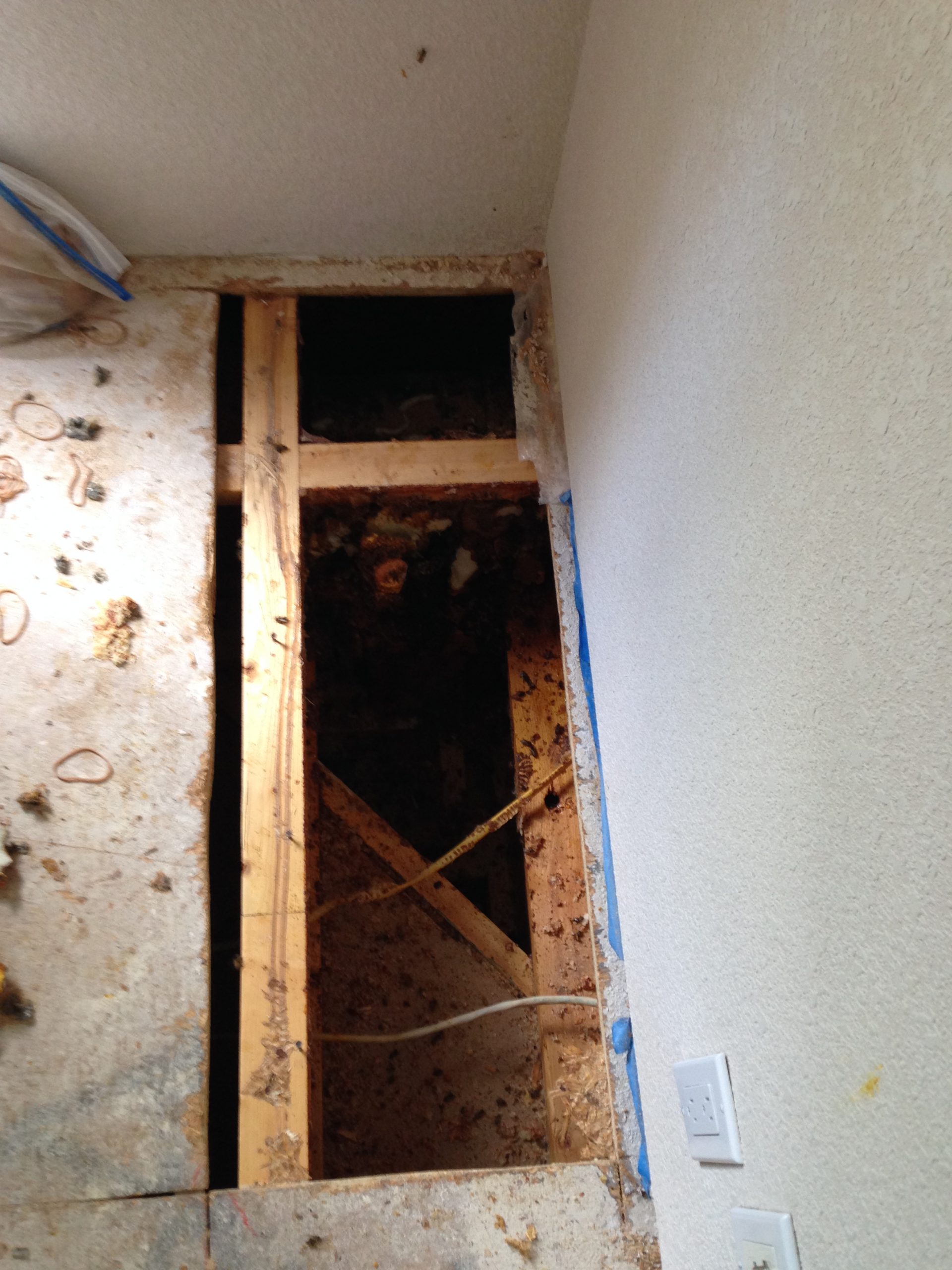 This crew had been entering their hive, from some crevices, where the outside exterior rock wall met the wood. At first the new homeowners were convinced that the colony was running down the wall. After encouragement to get an infrared thermal camera, it was discovered that the colony was on the floor.

It was disclosed to the homeowners that honey bees had been previously removed from this exact spot. Obviously, there is something wrong with that story. Either it was not removed entirely or, it was an
attempt to seal the colony in (always a BAD IDEA). They will find another way in and out. Not to mention, if that is successful one does not want the remains of a colony in their walls or floors. It is a magnet for rodents, bears, etc., and when that colony begins to do what I call “melt down”, get your clean up supplies ready.

Once in, the bees built their hive across the second story floor boards. Fortunately, they stayed between two studs, with plenty of room to grow. Because the first floor ceiling had a protrusion, there was one spot that was deeper than the other parts of the floor. Of course, the bees ran their comb longer, down into this void, before shortening the comb and continuing down the floor board. Another unique thing, that we noticed about this hive, is the way they decided to build their comb into a V pattern. Look closely at how the comb on the left is built from one section to the other. I am sure this had something to do with the extra space underneath them, in that specific section of the floor. Once started, each corresponding comb must have the appropriate bee space (3/8 inch).

This cutout was fairly easy for us, because the homeowner had a construction background. He had the room prepared for us and even had the initial cut on the floor done. After some discussion of the best location,
the homeowners decided to relocate the bees on their property. Another colony saved.