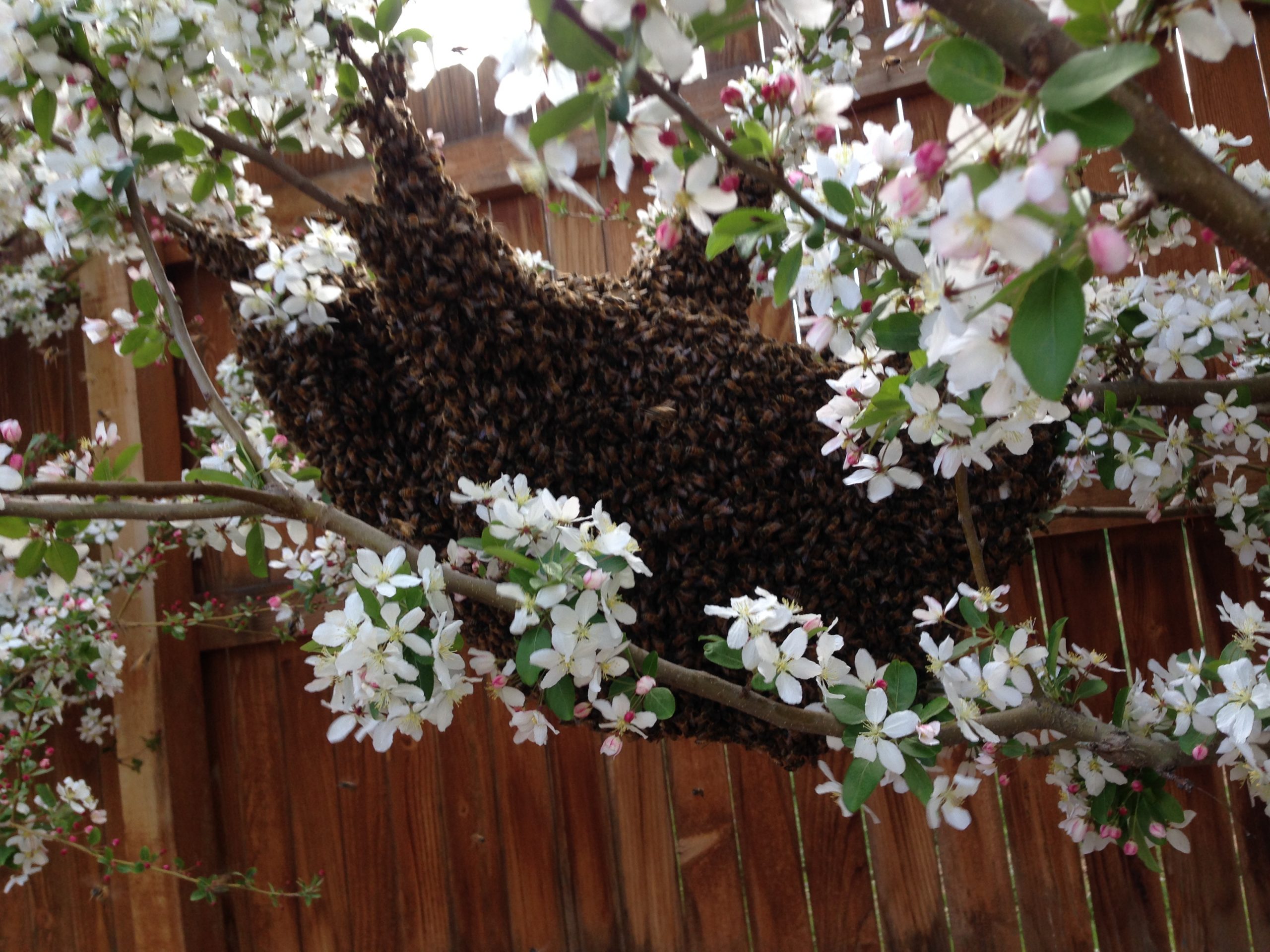 Here is the second swarm that we have captured so far. It was a beautiful sight and the smell of nectar filled the air.

This swarm was nestled on the side of the lower branches on one of the five fruit trees that lined the homeowner’s property line. All of the trees were in full bloom. It really was a picturesque sight watching the honey bees fly into the air and trees.  After watching and planning the recovery of the bees, I noticed another much smaller cluster of bees on the ground; bees were coming and going from this cluster as well. It appeared that the original swarm broke into two swarm clusters. This is not as uncommon as one might think, particularly if the original swarm has more than one virgin queen. But why did they choose the ground?

By cutting a few branches and dropping them into a ventilated cardboard box, I managed to get the initial swarm from the tree: the branch they clung to was too tall to fit into my buckets. I then proceeded to use my bee vac and vacuumed up the swarm that had congregated on the ground.

The swarm on the tree went to a member of the PPBA, and the one on the ground went into a five frame nucleus box. It will be interesting to see what type of laying pattern the queen on the ground will have. This box went to a new out-yard on the West side of town.