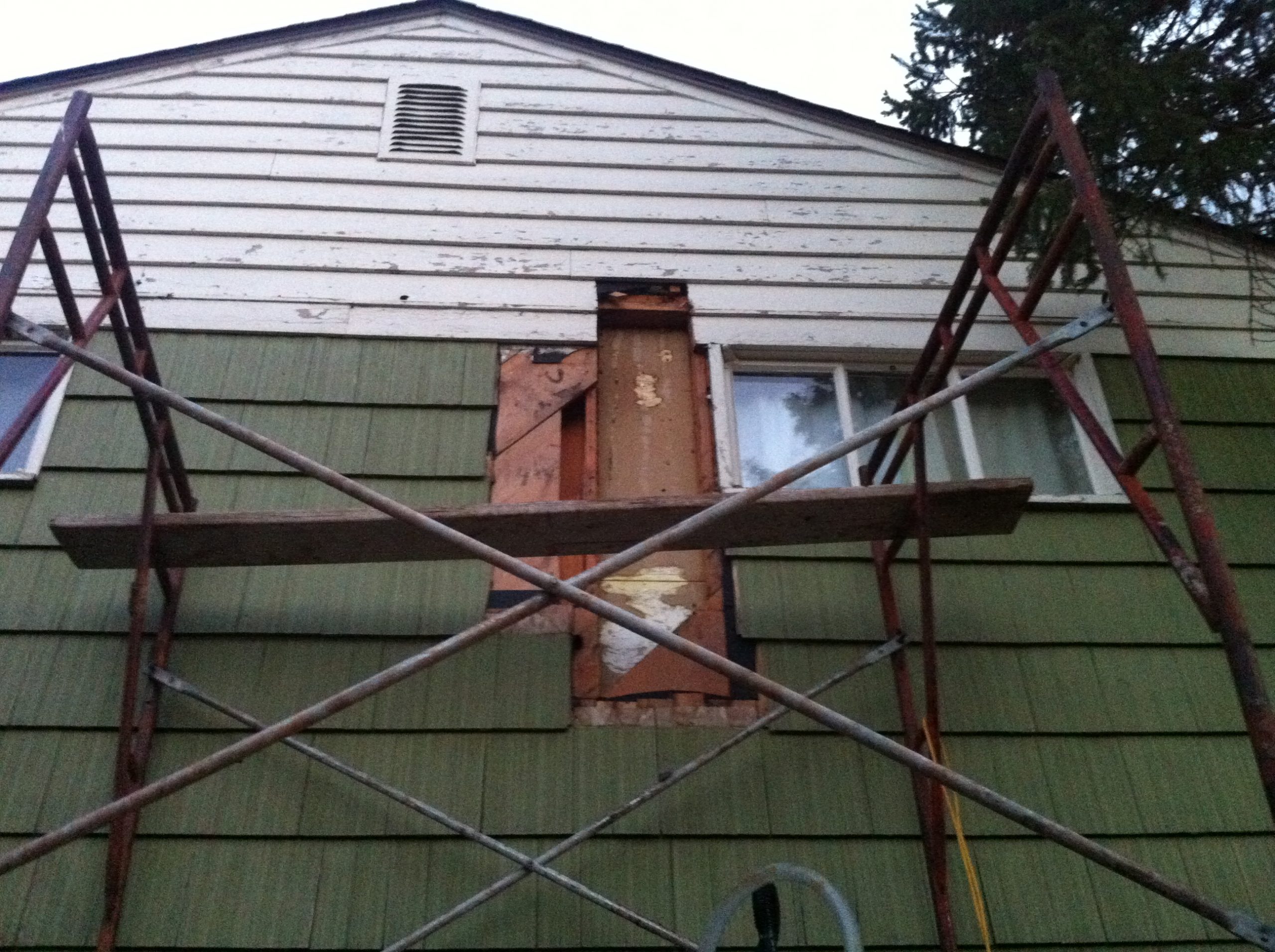 This was the first time we used scaffolding to remove an established colony.

We probably should have used scaffolding in the past, but this is the first for an actual set up. This hive was at least twenty feet up from the ground. So, scaffolding was one of two options: the other option was to remove the colony from the inside of the house.

The homeowners were not adamantly opposed to an inside removal, but it turned out it was their daughter’s bedroom on the other side of the window. I knew the colony was large and there would be a lot of bees flying around and it was going to be messy.

This time we worked from the outside to remove the colony. This turned out to be a wise idea because this colony was a little unappreciative of their move, and we were lucky that they contained themselves within one section of the two by fours.