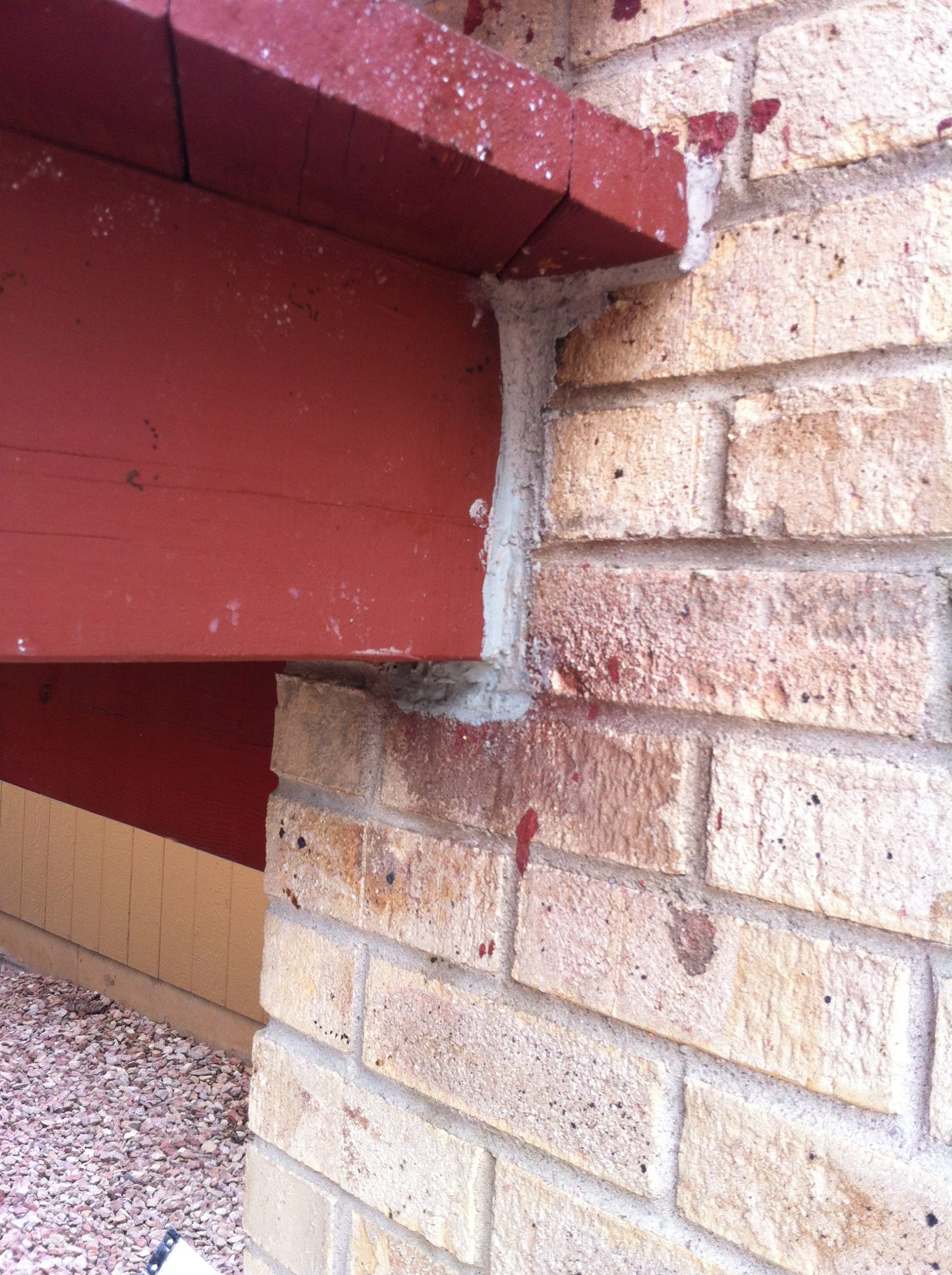 This was one of the most challenging and time consuming removals of the season. I learned the hard way that my new favorite toy (infrared camera) was not able to locate the exact location of where these ladies were located in the brick column, or any brick structure for that matter. The home owner disclosed that this hive had been active for at least five years. Their entrance/exit was in between the brick mortar and wood beam that supported the deck. It appeared that someone didn’t seal the gap between the two completely. I am not sure what the homeowner thought the fly strip she put up next to the entrance/exit would do.

Since we could not pin point the ladies exact location, we began by cutting a brick then two in the middle of the column. Unfortunately this turned out to be the bottom of the hive, but gave us the location of the hive. Once this was detemined it was obvious they built from the top of the column down. However, we had to determine where exactly the top was because there was a built in flower planter at the very top of the column that protruded down into the bricks. My thought process in all removals is to figure out how to be the least destructive on the house as possible, so in this case there was no sense of cutting out more bricks than necessary. Not to mention, the homeowner for this removal wanted us to put everything back together.

After exposing the entire hive we cut out sections of the comb pieces at a time to fit into standard size deep frames. This hive filled up fifteen frames, which is almost two Langstroth deep hive bodies. Once all of the bees were removed and the stragglers collected we were ready to begin the masonry repair work. Fortunately, we were able to salvage many of the bricks we had to cut to remove the hive. The homeowner and I were impressed on the final outcome of the brick coulumn. A few days of sunny Colorado weather to fade the new mortar and most will never know that the column once had a honey bee colony removed from it. We relocated the colony to the Black Forest Apiary where I hope they will continue to flourish, so far so good.