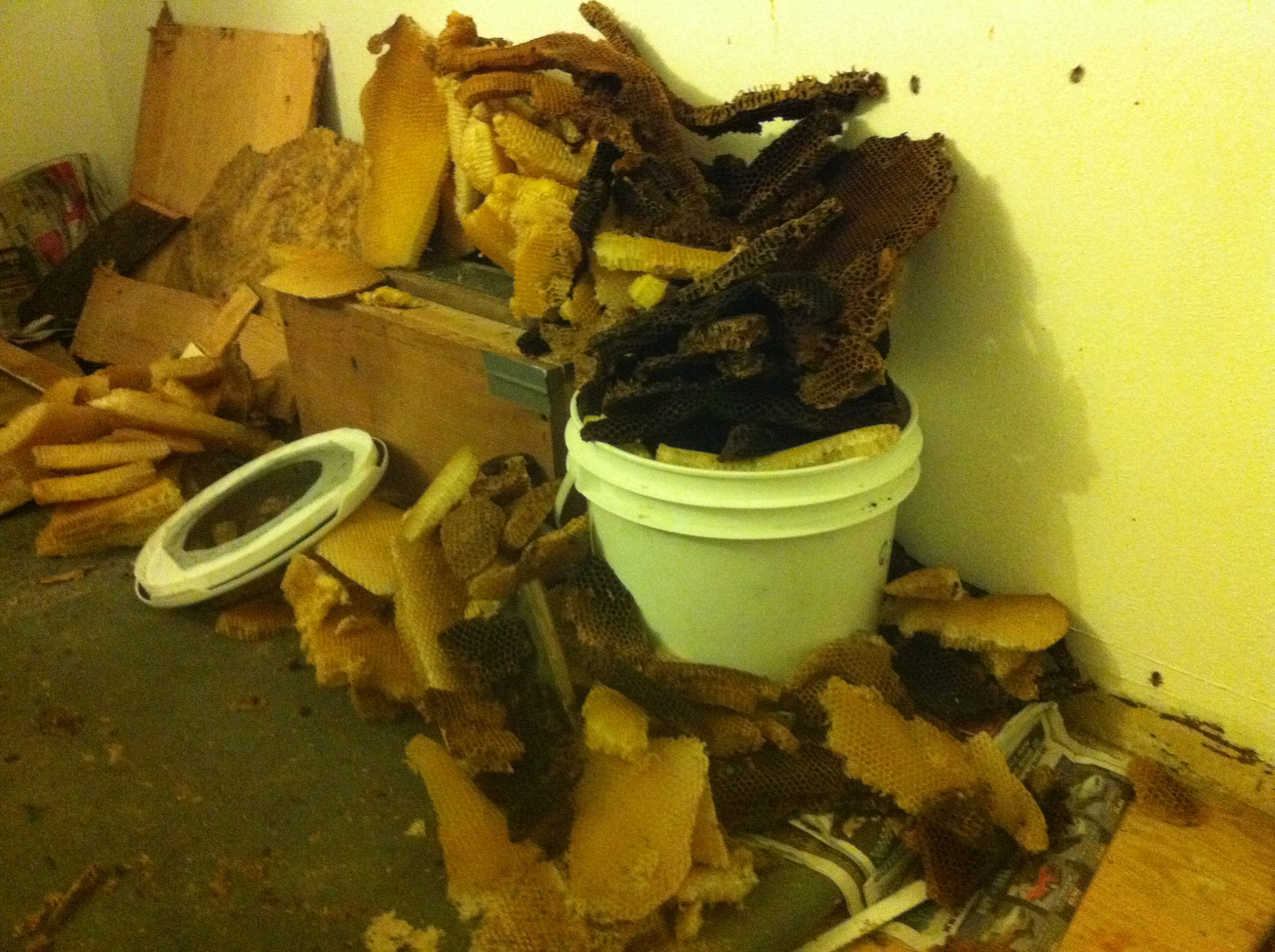 The Hanover Crew had resided in the floor of this bedroom for over fifteen years and they had the entire length of the floor to expand. Fortunately, they only expanded their hive into a 3 feet by 3 feet area.

We initially tried to locate them within the outside walls of the structure, but quickly realized that their hive was not there. We proceeded to bring in an infrared thermal camera and located them under the floor. The flooring was tricky. We had to first figure out which way the supporting studs for the floor were running (cutting them would have been very bad). Not to mention, there were actually two layers of flooring. The first layer was plywood and the second layer was hardwood, two-inch planks.

After making some initial cuts, I stuck an uncapping knife down into the flooring, to see how deep the hive could have possibly been. The whole knife went into the flooring, and it turned out that the depth of the floor was around 12 inches. Knowing this helped me estimate the length of the comb pieces we would be cutting out and rubberbanding into frames.

After getting a square cut around the hive, we decided to screw in two wooden pieces to the hardwood to act as handles. We then could pull up the square and expose the hive. This part went really well and, as you can see, exposed a massive hive. The hive continued, under the floor, outside of the square we cut. But, once we removed the main part of the hive within the square, we were able to reach the outermost parts of the hive. Outside of the square, was a massive amount of comb that was not being used at the time. We will melt this comb down into 1 lb. blocks of bees wax.