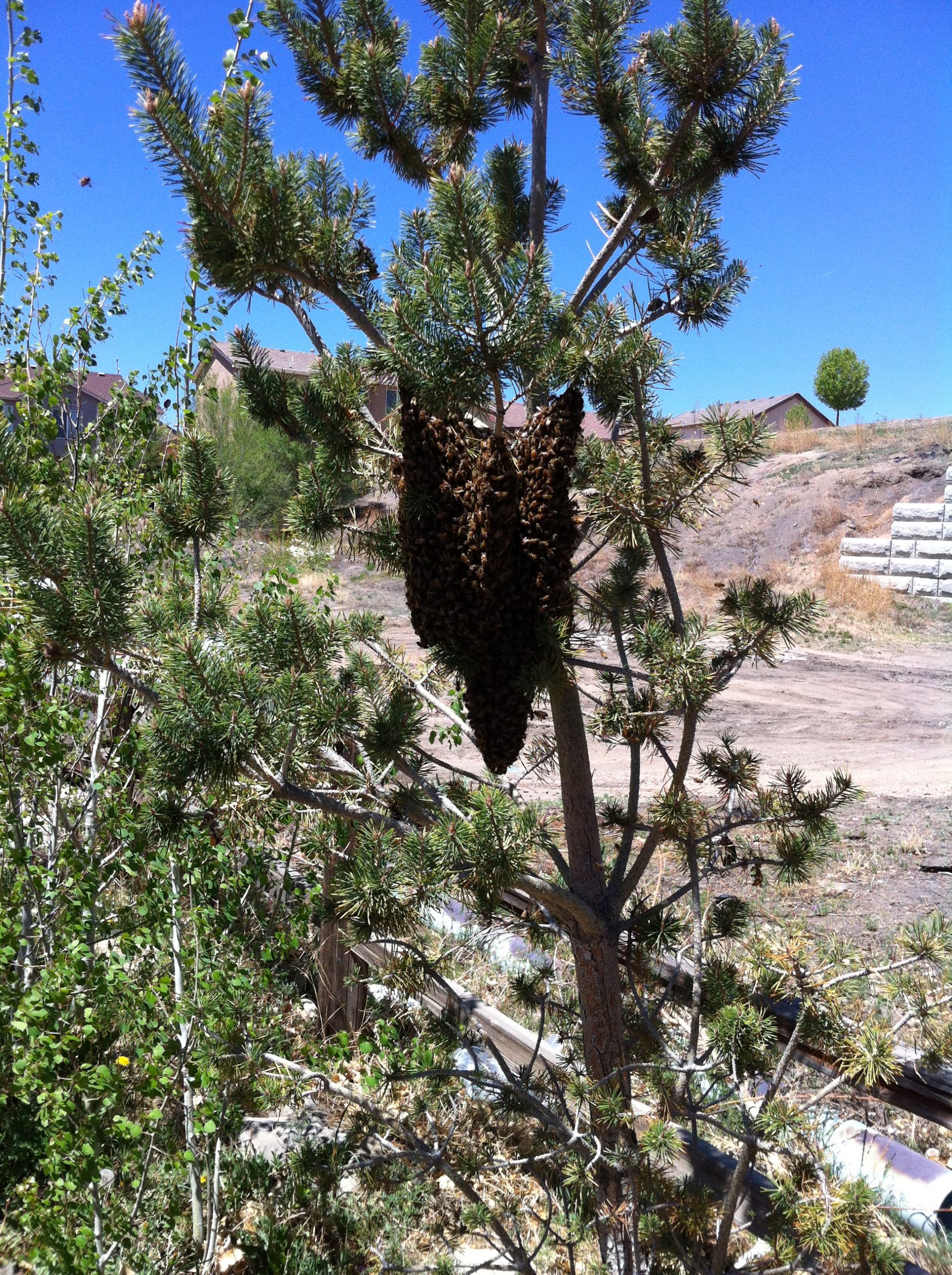 Friday, the seventeenth, I received the much awaited first swarm call of the season.  It was in Fountain, Colorado, which is about fifteen miles from Colorado Springs.

It was a good size swarm and I estimated it to be about four or five pounds. I had an opportunity to meet the owner of the house who witnessed them landing on his tree.  At first, he thought it was an airplane, but quickly recognized the slight sound difference. He and I agreed on just how marvelous it is to witness a swarm taking off or landing.

He also took pictures to show his son.  We discussed the possibility of both of them joining me in the beeyard, at a later date, so they can see how these ladies are progressing.