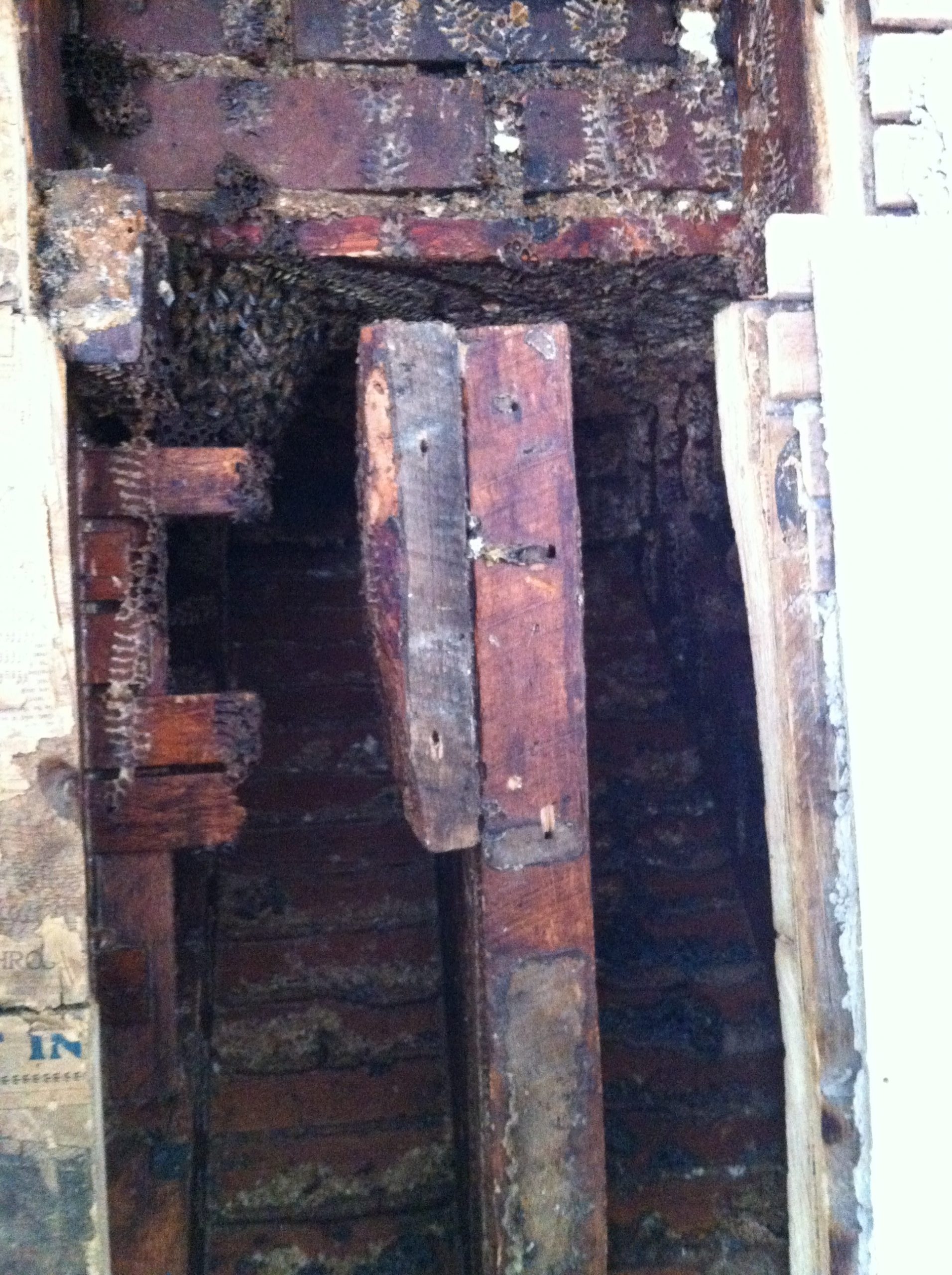 We did our first cut-out of the season in Calhan last week.

This particular hive had been occupying the exterior wall of the house for at least ten years. A kitchen had been built onto the house many years back. So, that is where we stood for our plan of attack.

There was a massive amount of comb built (about five, 5 gallon buckets full) mostly old and black, and wax moths were living within the walls. For the most part, the bees had seemed to do a good job keeping the wax moths at bay.

This hives entrance/exit was under a flap of a newly installed metal roof.   The owners were kicking themselves for not taking care of the issue before the roof went on. But they were extremely considerate of the colony and did wait until Spring (as opposed to trying last October) to rescue them.  Overall, the cutout went well, minus the fifty dollar blade Harry went through and the unknown of how the wall was constructed.

When it was all said and done, the surviving cluster was only a little larger than a softball. It seemed that the queen had not started laying her eggs yet, because we found no eggs, larvae. or brood. I also believe they were in danger of starvation, because only a small amount of the comb had honey in it. If left undisturbed, they probably would have expanded this Spring & Summer because they accumulated a lot of comb within the wall.

The best part of doing the cutout this early in the season, was the low number of bees trying to attack us. However, this could also be their demise, and my vacuum was harsh on them ( I will be modifying it this weekend.) sucking them with too much force. In addition, once they were relocated from the warmth of the house wall into Harry’s & Polly’s backyard, the weather took a turn for the worse.

This colony definitely has the odds stacked against them, but they just may surprise us. Either way, Harry will be trying  his hand at beekeeping this year.  I may have to supply him with a swarm,  if these ladies do not make it.