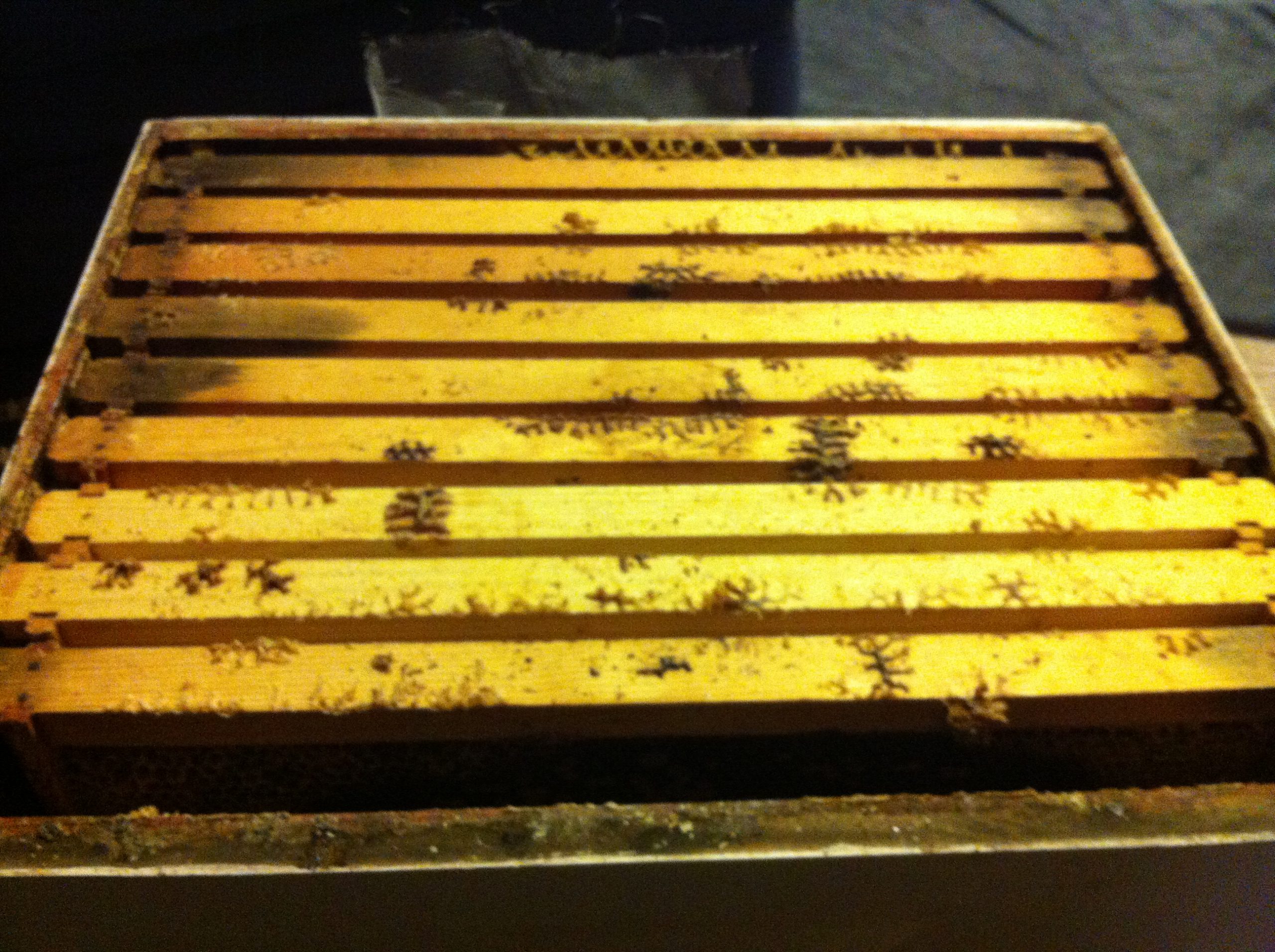 Remember?  Hive 3 began as one of our first hives. It was  from a cut-out under a children’s playground set. This would have been their second Winter.

As long as they (Hive 8) survive their first Winter, Hive 3 genetics will live on.  We made a split from Hive 3 last Spring.

Looking back, I should have had a closer eye (or four) on these ladies, but it seemed they were doing fine. However, I should have peeked in more frequently in the Fall.

Once I realized that the colony was dead, I began going through it (inspecting each frame, looking for a cluster of dead bees, looking for mite feces, signs of disease, etc.), ultimately trying to figure out why the colony died.

Another possibility of their demise is all of the queen cells I found (at least twelve), several of them pictured. It is possible that they kept producing a new queen and swarming over and over again, until there were no bees left. I believe this is the least likely explanation, because we would have noticed the swarms (unless of course, they decide to swarm afar).

One of the weird things about Hive 3’s death is that there was not a dead honey bee in the hive, not even on the bottom board. This leads me to believe that we had our first case of Colony Collapse Disorder (CCD).