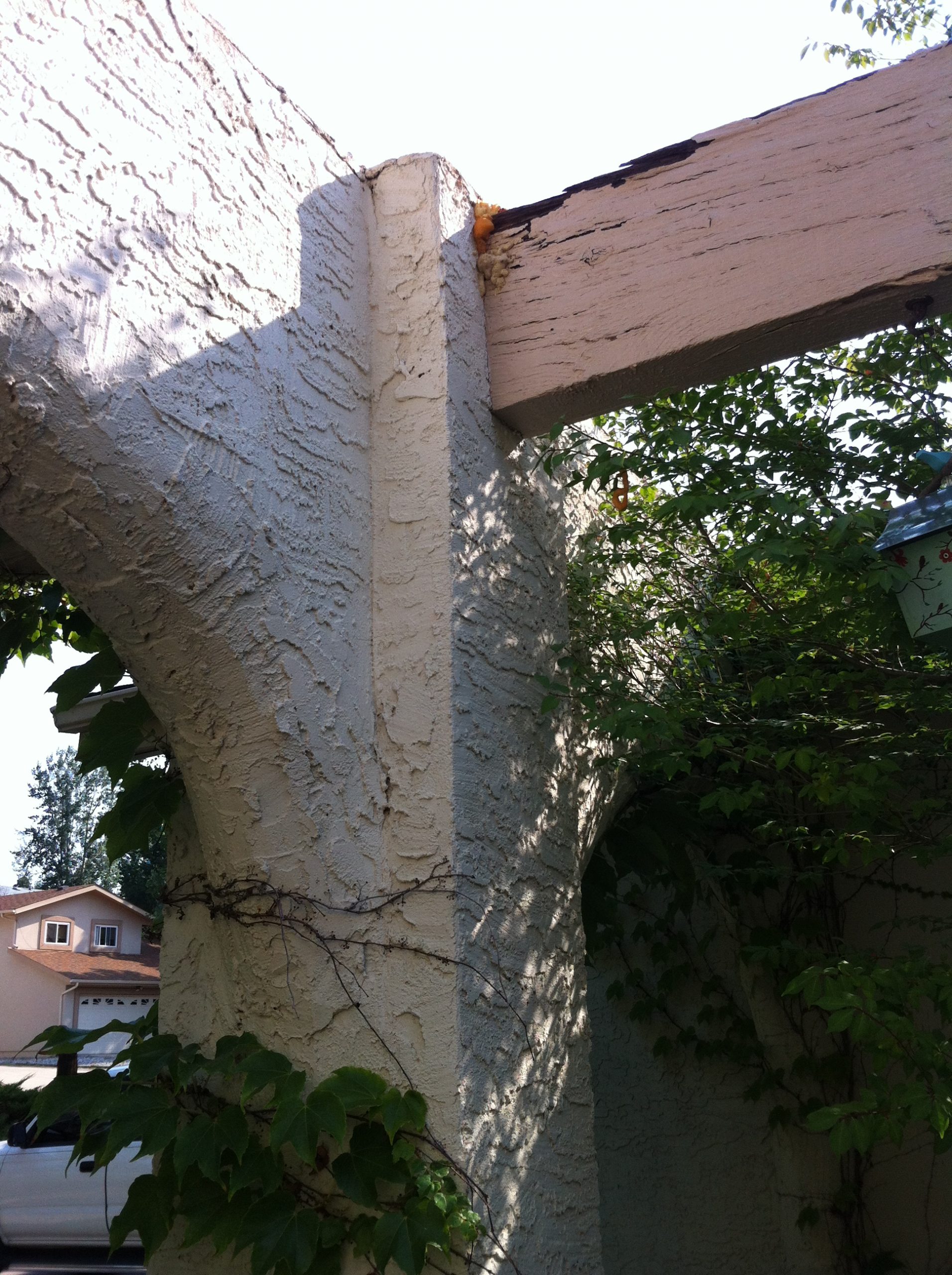 The Squaw Valley Crew was a little stubborn in pinpointing the exact location of their hive for several reasons.

First, the home owner was certain they were located in a specific part of the wall. This was because last year, he had a swarm move in and establish themselves in the opposite pillar. Second, my helper would not listen to me about drilling a few holes in the wall first (should have put my boss pants on).

Drilling a few holes in the wall where you suspect the bee hive is located will give you an indication if you are right or not. It not only will indicate the exact location of the hive within the wall, but also the length and width of the hive. If the drill bit comes out clean, no hive in that section of the wall. If the drill bit comes out with comb, honey, and some angry bees come out of the hole, the hive is in that section of the wall. However, most importantly, I forgot the drill (which I was certain I packed), and eventually had to go home and get it.

The following day, after the removal, a small cluster of bees formed on the ground. I found this very odd, and a first. Because, most likely, any remaining bees will go back to the spot where the hive was removed.

After inspecting the cluster I noticed that they were festooning. This is when bees attach themselves to one another for multiple purposes; one of the most likely is to build comb because  they are too young to fly. The six legs of honey bees actually have pads and hooks. Each leg has a pair of hooks which they can use to hold onto another bee’s hooks. Festooning is one of the many jobs a worker bee does throughout its life, and is usually done by very young bees before they “get their wings”.

In this case, I do not think they were trying to build comb, but were too young to fly, and attached themselves to one another for security. I also thought that, perhaps the queen was in that cluster, since she was never spotted. We did not find her there either.  These ladies were fairly well behaved (all things considered), and temporarily fit into a five frame nuc, but it was tight.