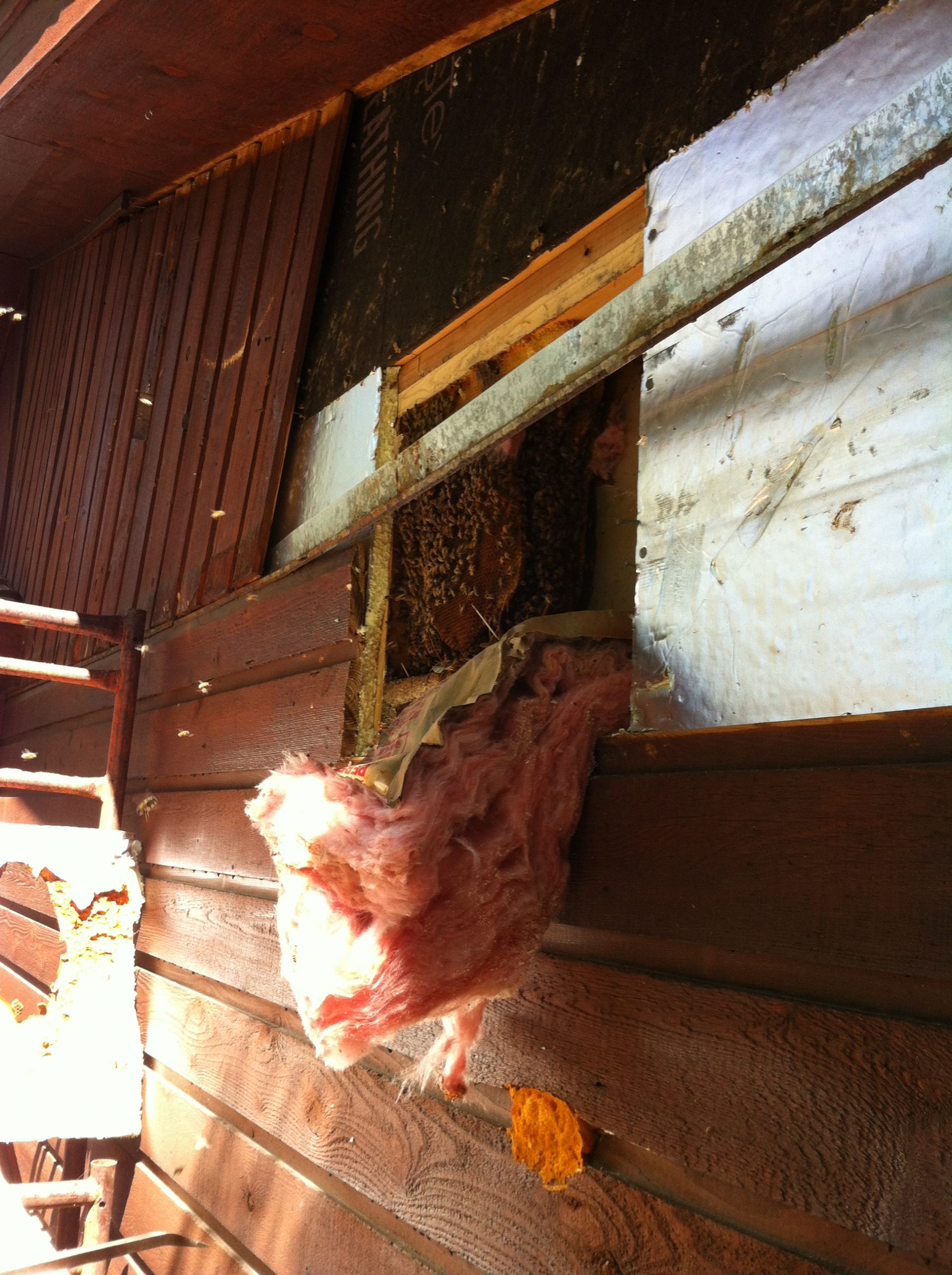 Last month I got a call from Herb. He is also a member of our local beekeepers’ association.

He wanted to remove a hive of honey bees that had established themselves, in the side of his house, for the last several years.  As a first year beekeeper, he wanted some guidance on the process of removing the hive. The scaffolding had been up for a while and he decided it was time to remove the bees and start his first hive.

Removing a hive from a structure is called a cutout.  Once the hive is exposed (which sometimes involves cutting the outer wall) you are literally cutting the bees’ comb out of the structure.

I personally try to cut each section of comb 17 by 8 (the approximate size of the inside of a deep frame) and then rubber band the section of comb into the frame. Once this is done, you place the rubber banded frame into a deep hive body. This process is repeated until all of the hive’s comb has been cut out.

Most of the bees will follow the comb and brood (baby bees in the process of being born).  Afterwards, there is always a need to vacuum up any remaining/returning bees and scrap off any remaining comb. Of course, there is also the need to put your house/structure back together and bee-proof it, so the honey bees can not return.

Luckily, this particular hive was limited to the amount of space they could have expanded to within the wall, due to the heavy insulation around them. It was a fairly small hive that Herb said had swarmed at least once before.

After cutting out the hive we relocated it to Herb’s backyard.