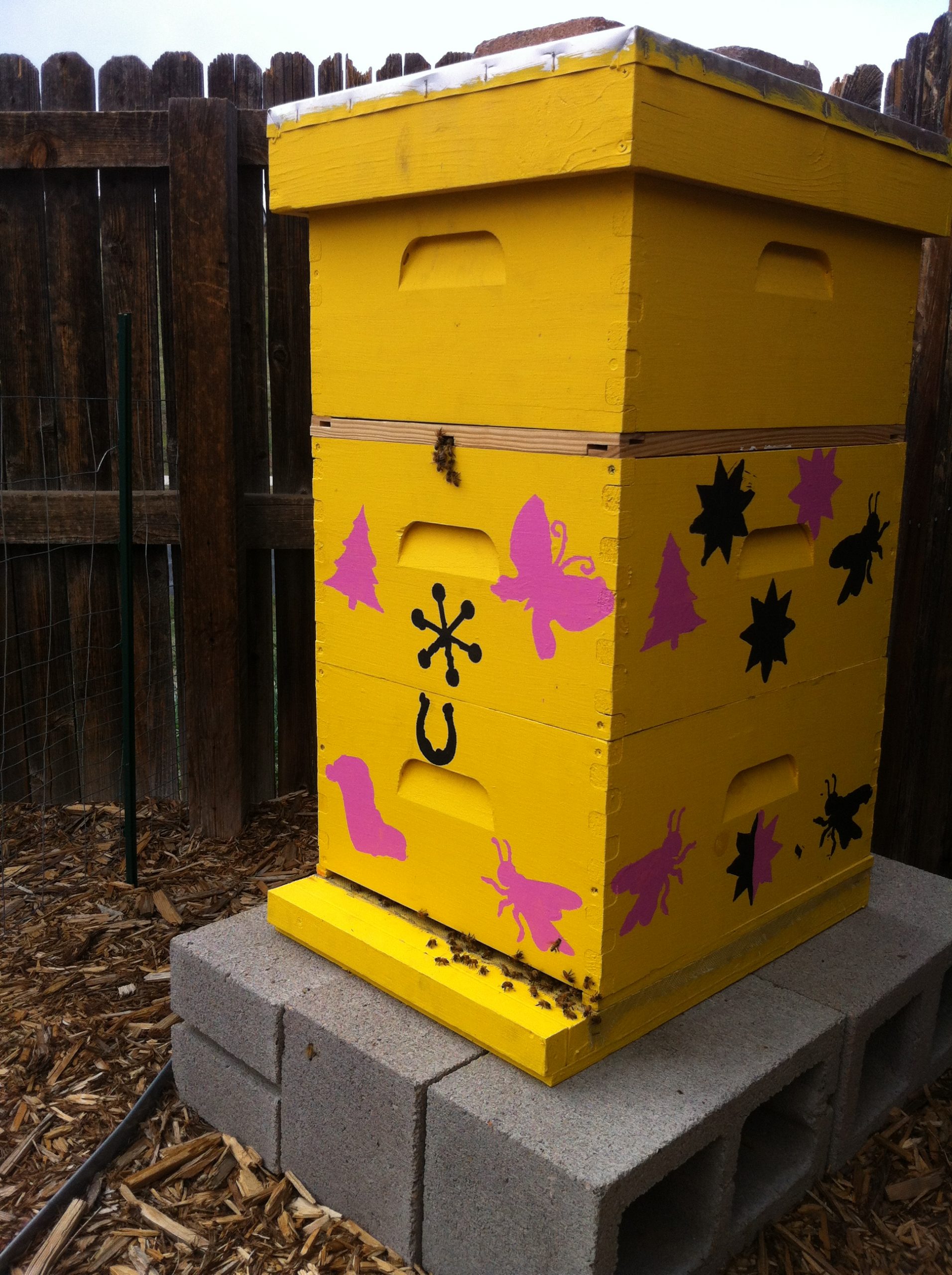 Last month, Ken and I added the third deep super to this hive and it was a disaster!

I guess it all started when we decided to not light a smoker.  When we did light two of them, it was already sting city: It quickly went down hill from there. It didn’t help that the hive was not put back together the correct way, and Ken went running down the street with a ball of bees behind him.  So, I had to reconfigure the hive alone.

It just took too long and the ladies were not happy, to say the least. We were both stung at least twenty to thirty times (I will never use canvas gloves again).  Animals, neighbors, and anything within seventy five yards were inspected and/or stung.

Ken’s brilliant neighbor came out of his house (shorts and tee shirt) to tell us that the bees were being aggressive.  As we both looked at him,  in full gear with bees all in our grill, I thought to myself,  do you really think we don’t know this? Needless to say, that was a short conversation because he began swatting bees off his entire body and ran inside.

Eventually, I did get the hive put back together correctly and the third super added.  Ken said the hive’s demeanor was never the same and they would search out anyone and anything in the hive’s vicinity, including Dezi the family dog.

Since the ladies never settled down, we decided it would be best to move them.  He has two small girls, who I am sure are bummed that the bees had to be moved after all their hard work painting the hive, but it’s safer.

Ken and I screened in the bees very early one morning. We moved them to the apiary in the Black Forest, where they have fewer neighbors to harass.

However, they are still the most hostile hive we have. It will be interesting to see if Hive 9 (their direct relatives) become as hostile as these ladies.